Home Home Slider These cars are not melting because of heat wave; here’s the truth 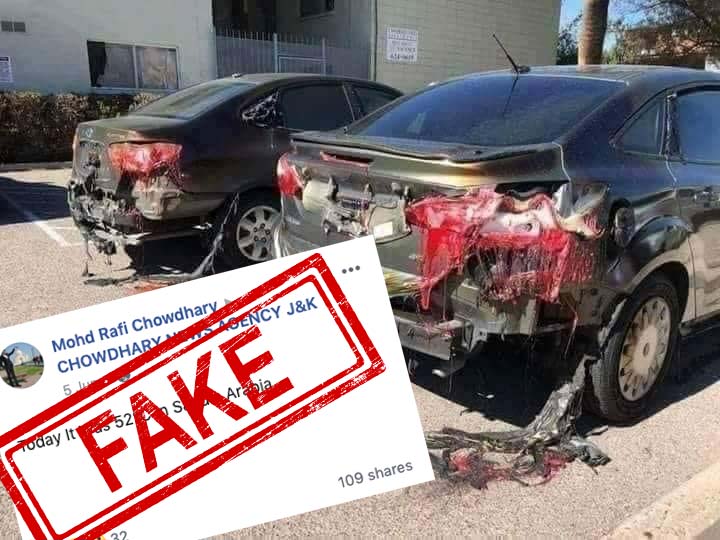 As parts of the world are gripped with intense heat, a picture of melted cars is widely being shared on social media claiming that the cars were melted because of heat in Saudi Arabia.

The caption with the picture read: “Today It Was 52°C In Saudia Arabia.” 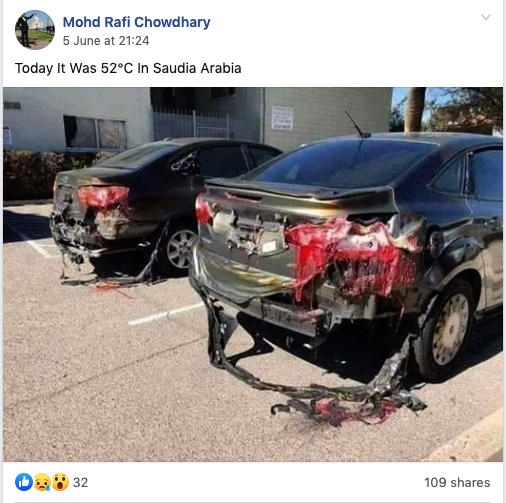 ALSO READ: No! Farooq Abdulla did not chant ‘Bharat Mata ki Jai’ after…

In fact, there is a video on YouTube as well, which claim that cars were melting due to heat in the US’ Arizona.

When NewsMobile fact-checked the above post, we found that the claim is false.

On putting the picture through Reverse Image Search, we found that the picture is from Arizona and the cars were actually melted but not because of heatwaves.

We found news reports citing that the cars were melted due to a massive fire in the area on June 19th, 2018. 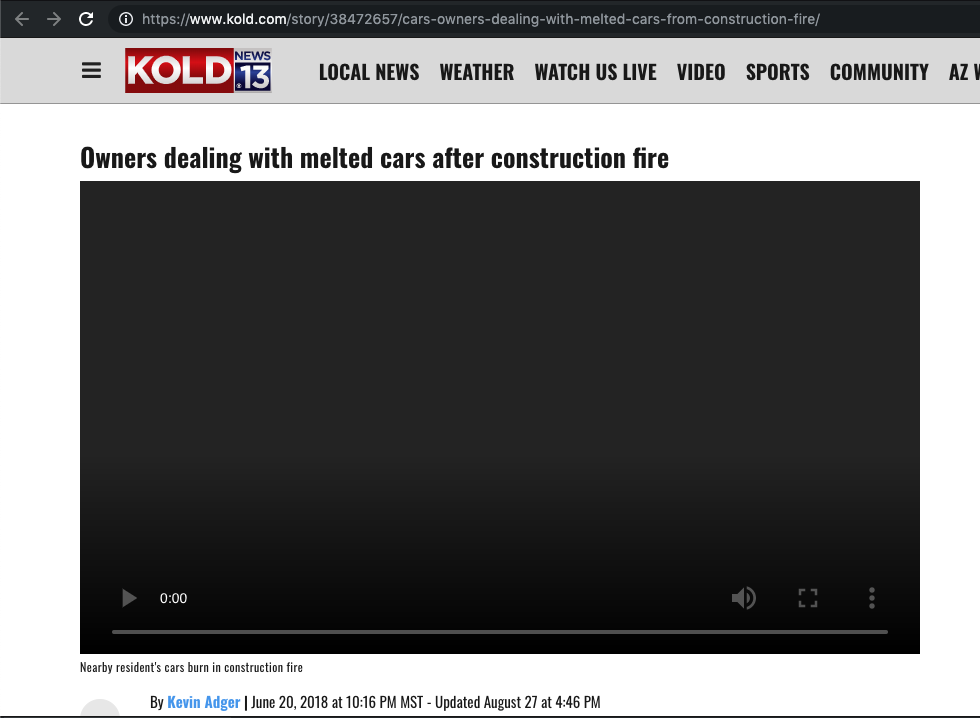 Hence, this proves that the above post is FAKE as the cars were not melted in Saudi Arabia and it was not because of heat.