Karan Johar who is known for his lavish romantic and family dramas has now dabbled into the genre of fear. The filmmaker released the first look of his upcoming horror film ‘Bhoot: Part One – The Haunted Ship’ featuring the talented actor Vicky Kaushal.

Karan Johar unveiled the poster of the film on social media.

Presenting #Bhoot : Part One – The Haunted Ship! The FIRST in the franchise, starring the supremely talented @vickykaushal09, directed by @Bps_91. Sailing towards you on 15th November, 2019.@apoorvamehta18 @ShashankKhaitan @DharmaMovies pic.twitter.com/06dJ8cyIt0

In the poster, Vicky is seen screaming for help while stranded in a wrecked ship and he is getting strangled by a ghost. The first look is sure to creep you out. Vicky also tweeted the poster with a caption, “Nothing haunts you more than reality”.

The king of horror, Ram Gopal Varma also tweeted praising the poster to which Karan Johar replied thanking him for his appreciation.

Thanks for your generosity Ramu….Means a lot to all of us at @DharmaMovies #Bhoot https://t.co/PZFDEnb1Ge 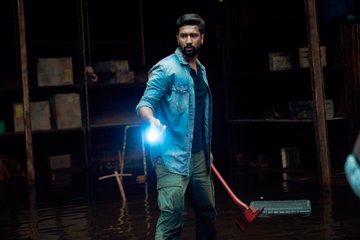 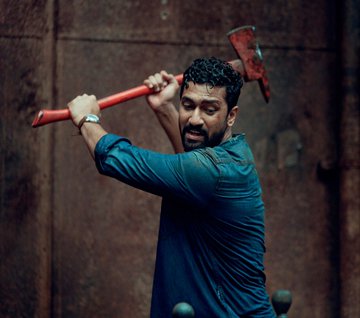 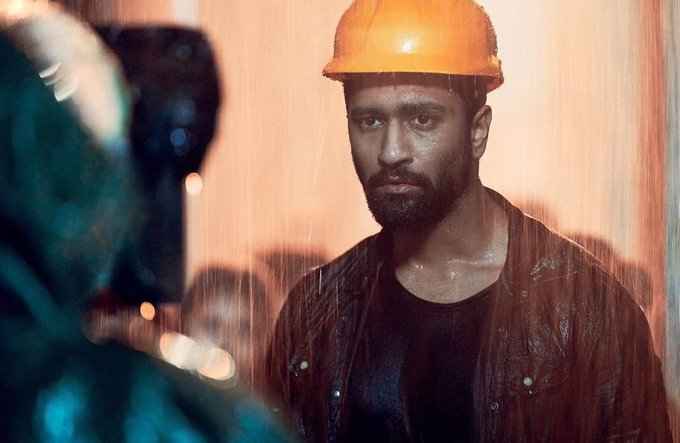 According to reports, the film is based on a real-life incident, which took place in Mumbai.

The film is being helmed by debut director Bhanu Pratap Singh. The shoot of the film was completed a few weeks back as per reports.

Apart from this, we will see Vicky Kaushal along with Ranveer Singh, Kareena Kapoor Khan, Alia Bhatt, Bhumi Pednekar, Janhvi Kapoor in yet another Dharma production film in 2020, Takht, a dream project for Karan Johar.

The poster also has the release date of the film which is November 15, 2019.