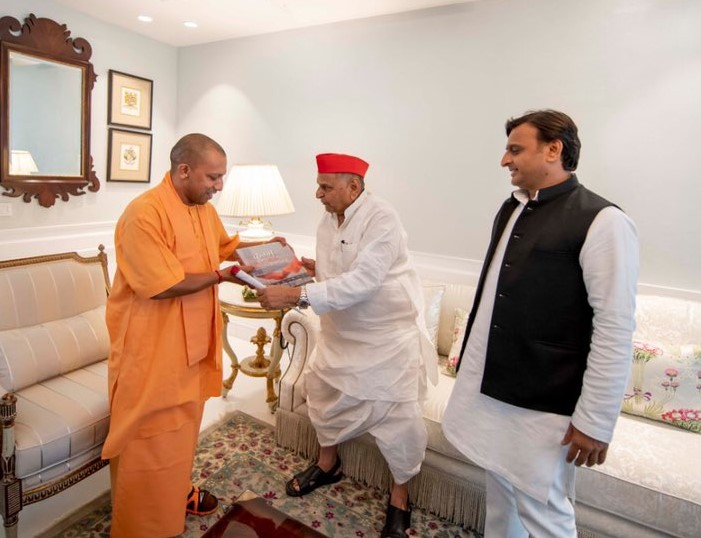 Hours after Samajwadi Party patriarch Mulayam Singh Yadav got back from hospital, Uttar Pradesh Chief Minister Yogi Adityanath called on the SP leader on Monday to inquire after his health.

Yogi’s visit to Mulayam was in contrast to the bitter and high-pitched political battles fought between the two parties during the recently-ended Lok Sabha polls.

Taking to Twitter, Yogi Adityanath later wrote: “Today, met the founder president of Samajwadi Party Mulayam Singh Yadav at his residence and asked about his health. I pray to god for his speedy recovery.”

The visit created a buzz on the social media for more than one reason. It not only brought together the two political rivals from the BJP and the SP in a friendly-frame but also it was after a long time that the Samajwadi Party chief Akhilesh Yadav was seen in the same room.

Mulayam, who had been admitted to the city’s Lohia Medical Institute after a fluctuation in his blood sugar level, was discharged from the hospital at 2 am early on Monday.

Akhilesh Yadav also tweeted about the surprise visit a few hours later. “Had a cordial meeting with respected Yogi ji who had come to inquire about Netaji’s health,” he wrote.