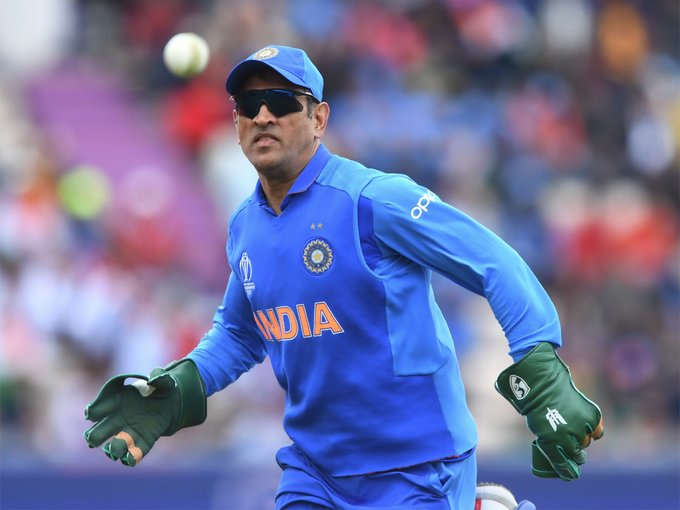 ICC on Friday turned down the BCCI’s request to allow MS Dhoni to continue wearing the army insignia on his wicket-keeping gloves.

“The regulations for ICC events do not permit any individual message or logo to be displayed on any items of clothing or equipment. In addition to this, the logo also breaches the regulations in relation to what is permitted on wicketkeeper gloves,” an ICC statement said.

Earlier, CoA chief Vinod Rai had said that the board had written to the ICC not to remove wicket-keeper batsman Dhoni’s army insignia. However, he also acknowledged if the apex cricketing body is against it, they will take the permission.

“We are convinced that ICC rules say it should not have any religious, military or commercial significance, any insignia worn by any player. One should conform to ICC rules,” Rai had told reporters.

“In this particular case that insignia has none of those connotations so we are going to tell the ICC that it need not be removed but in any case if they feel, we will take permission as we had taken permission from ICC when camouflage caps we wore because we believe in conforming to norms of the game and if ICC has set of norms we will go by that,” he had added.

ICC, on Friday, had said that if Dhoni and BCCI manage to convince them that the ‘Balidan Badge’ does not have any political, religious or racial message it may consider allowing him to continue wearing it on his gloves.

“If MS Dhoni and BCCI convince us that the ‘Balidan Badge’ does not have any political, religious or racial message, ICC may consider the request,” an ICC source had said.

Earlier, the veteran wicket-keeper batsman was seen donning the ‘Balidan’ (sacrifice) badge on his glove during India’s first World Cup match against South Africa on June 5.

The former India skipper was spotted sporting the Army insignia, which was clearly seen while he stumped Andile Phehlukwayo. The regimental dagger is the insignia of the Indian Para Special Forces.

ICC on Thursday had asked BCCI to get the insignia of one of the Indian Army units removed from the wicket-keeping gloves of Dhoni.

“We have requested the BCCI to get it removed,” Claire Furlong, ICC General Manager, Strategic Communications said.

ICC equipment and clothing regulations do not permit the display of messages that relate to political, religious or racial activities or causes during an international match.

India will next take on Australia on June 9 at the Oval, London.