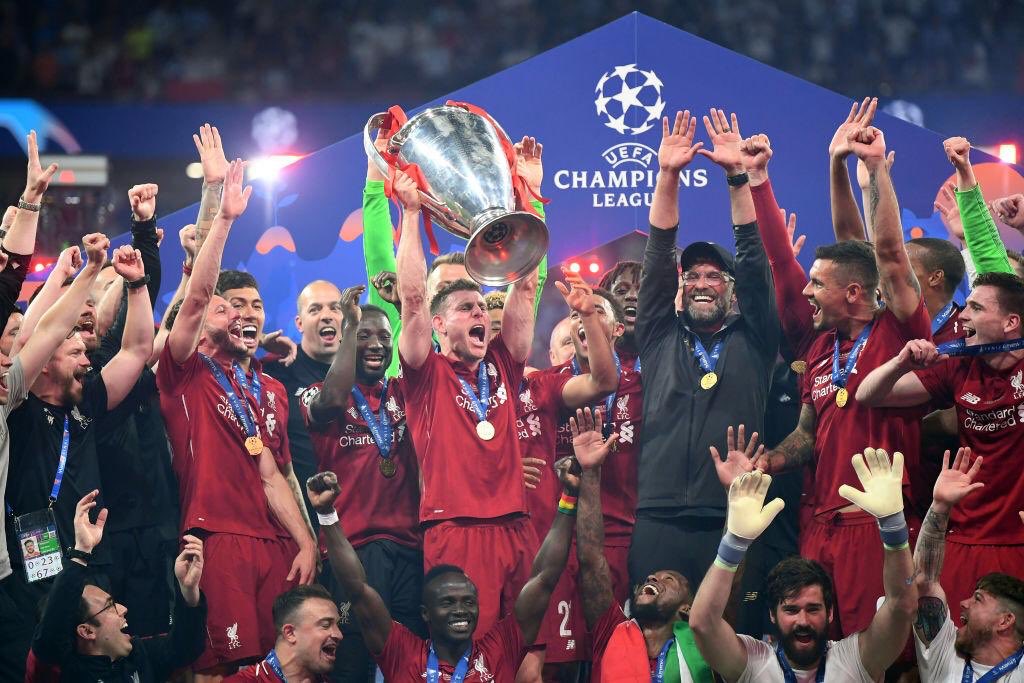 Liverpool FC were crowned as the Champions League champions on Saturday as they defeated Tottenham Hotspurs 2-0 in the finals here in Madrid.

Tottenham had plenty to smile before the beginning of the match, as Harry Kane started for the Spurs after missing out on the major part of the tournament due to injury.

There was early drama in the match as Sadio Mane earned Liverpool a penalty in the first minute of the match.

Mohamed Salah stepped up to take the spot-kick and the Egyptian did not disappoint. Tottenham’s goalkeeper Hugo Lloris dived in the right direction but he was unable to prevent Salah from scoring and Liverpool gained a 1-0 lead in the 2nd minute of the match.

As a result of this goal, Salah became the first ever Egyptian to score in a European Cup final. This was the second fastest goal in a Champions League final behind Paolo Maldini’s goal in 2005 finals.

Spurs were in no mood to be bogged down and they were seen making fast-paced moves to get the early equaliser.

Liverpool kept on making imposing moves after scoring the first goal. However, the Reds and Spurs were not able to break the deadlock in the first half and at the end of half-time Liverpool maintained a 1-0 lead.

In the second half, Spurs tried to make early moves to get the equaliser. In the 58th minute of the game, Son Heung-min made an interesting move but he was not able to convert it into a goal.

In search of the equalising goal, Spurs manager introduced hero from the team’s semi-final win, Lucas Moura as a substitution in place of Harry Winks in the 66th minute. Eric Dier also came in as a substitution in the 74th minute for the Spurs and he replaced Moussa Cissoko.

Tottenham kept on making attack moves but Liverpool’s defenders were up to the task and they did not allow the deadlock to be broken.

The Reds had no intention of making attacking moves and all their players pushed deep to defend the ball.

In the end, the Belgian Divock Origi sealed the deal for Liverpool as he scored a second goal for the team in the 87th minute and the Reds won the match against Tottenham 2-0. Origi had come in as a substitute for Liverpool.