Home NM FACT CHECKER No! This picture of hijab clad Sania Mirza is not from Pakistan 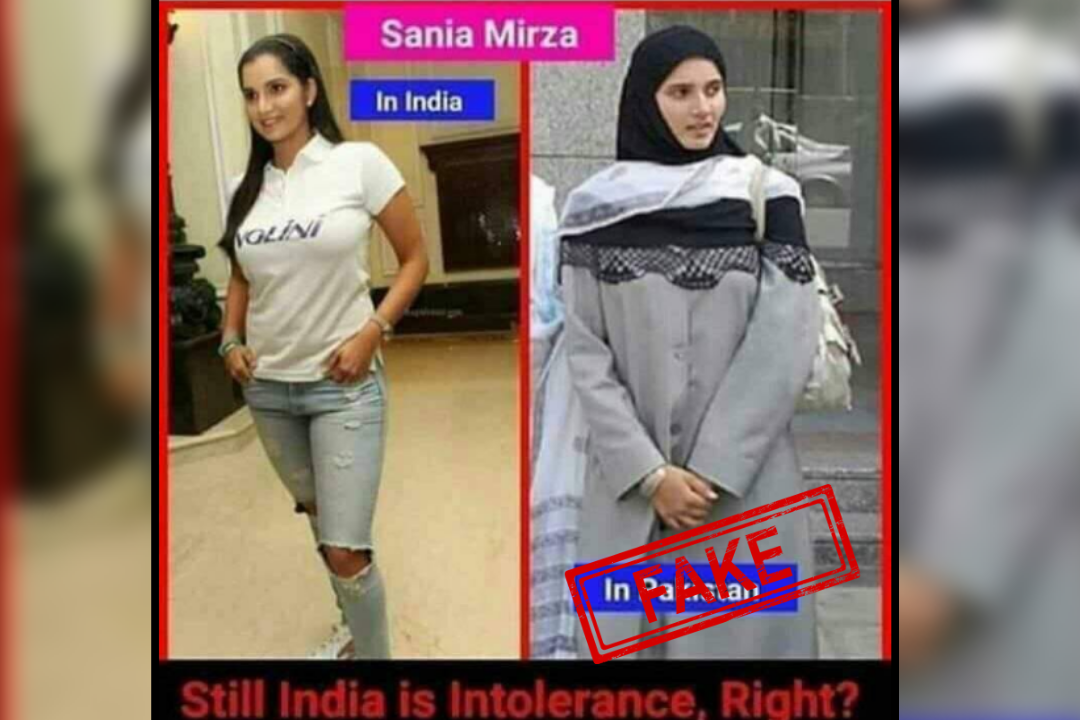 A post is making rounds on the internet in which a juxtaposition of two pictures of tennis player Sania Mirza can be seen.

It is being claimed that the picture in which she’s wearing a western outfit is from India whereas, she is wearing a hijab in Pakistan.

When our team of fact-checkers checked the post, we found that the claim is FAKE.

When we put the second picture through Reverse Image search, we came across the original picture which was taken on November 11, 2006 in which Sania Mirza is standing with her mother.

We found the picture of Mirza wearing a hijab is not from Pakistan but from Mecca in Saudi Arabia, hence the claim is FAKE. 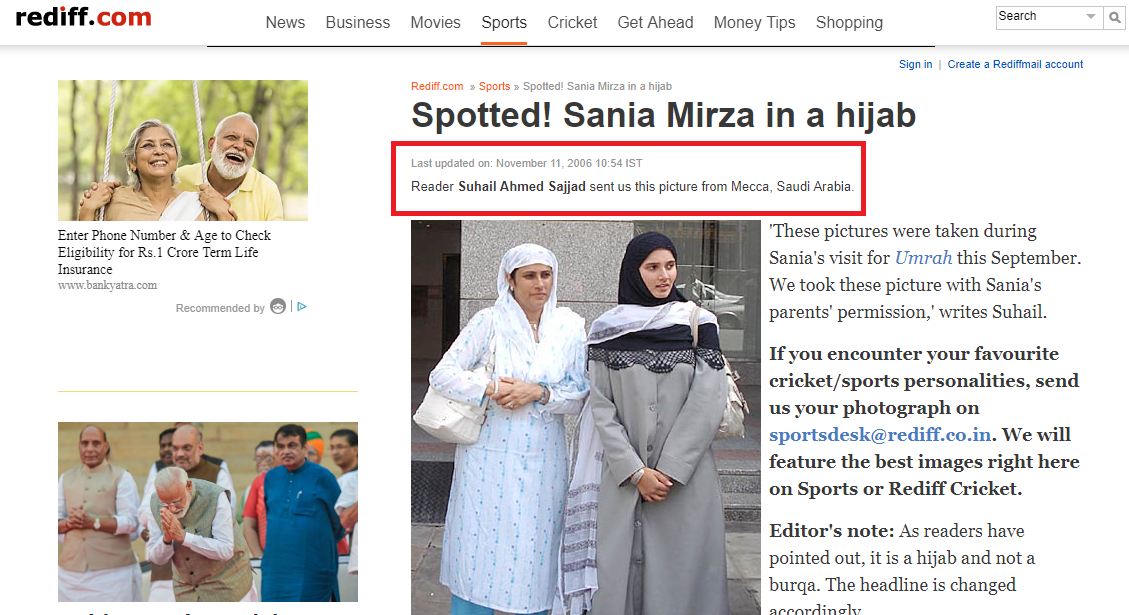 On putting the first picture through Reverse Image Search, we discovered that the picture is from Hyderabad when she launched a new Volini Spray product. 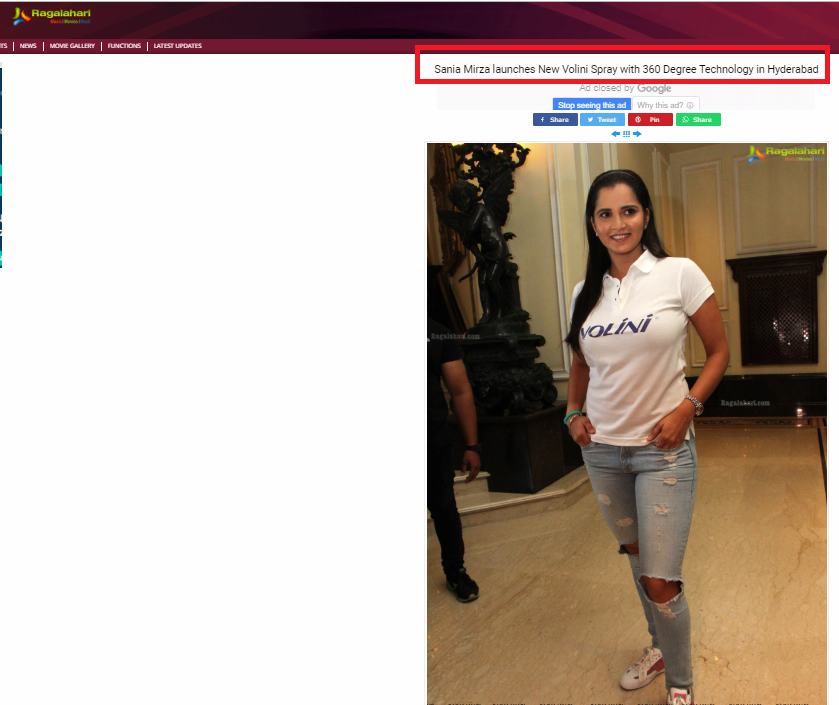