A picture of former US President Barack Obama is making rounds on the internet in which he can be seen sitting in front of a screen watching the swearing-in ceremony of Prime Minister Narendra Modi. 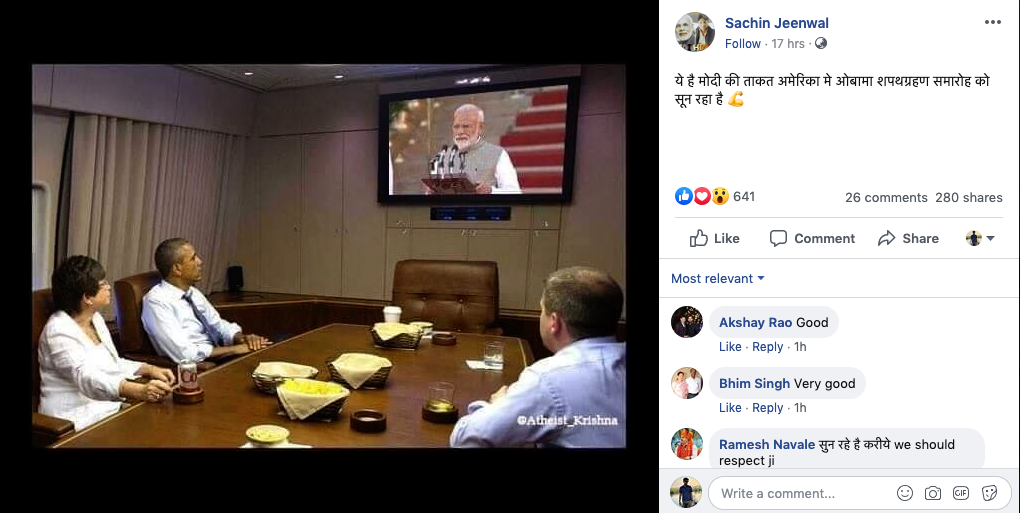 ALSO READ: Fact Checked: No! Rajnath Singh is not appointed as the Lok…

On putting the above picture through Reverse Image Search, we found the original picture in which Obama was originally watching a football match between USA and Germany on board Air Force One. 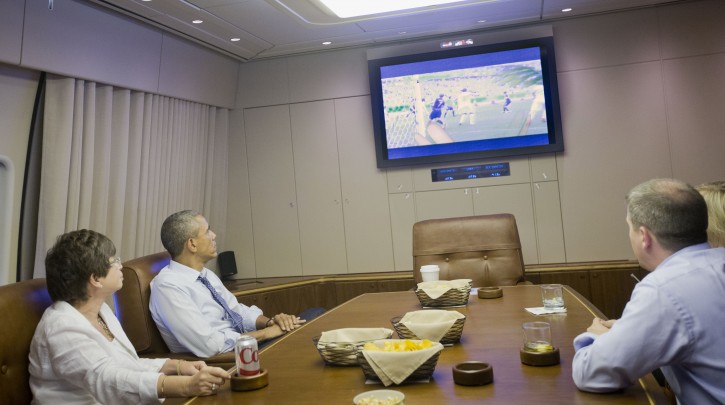 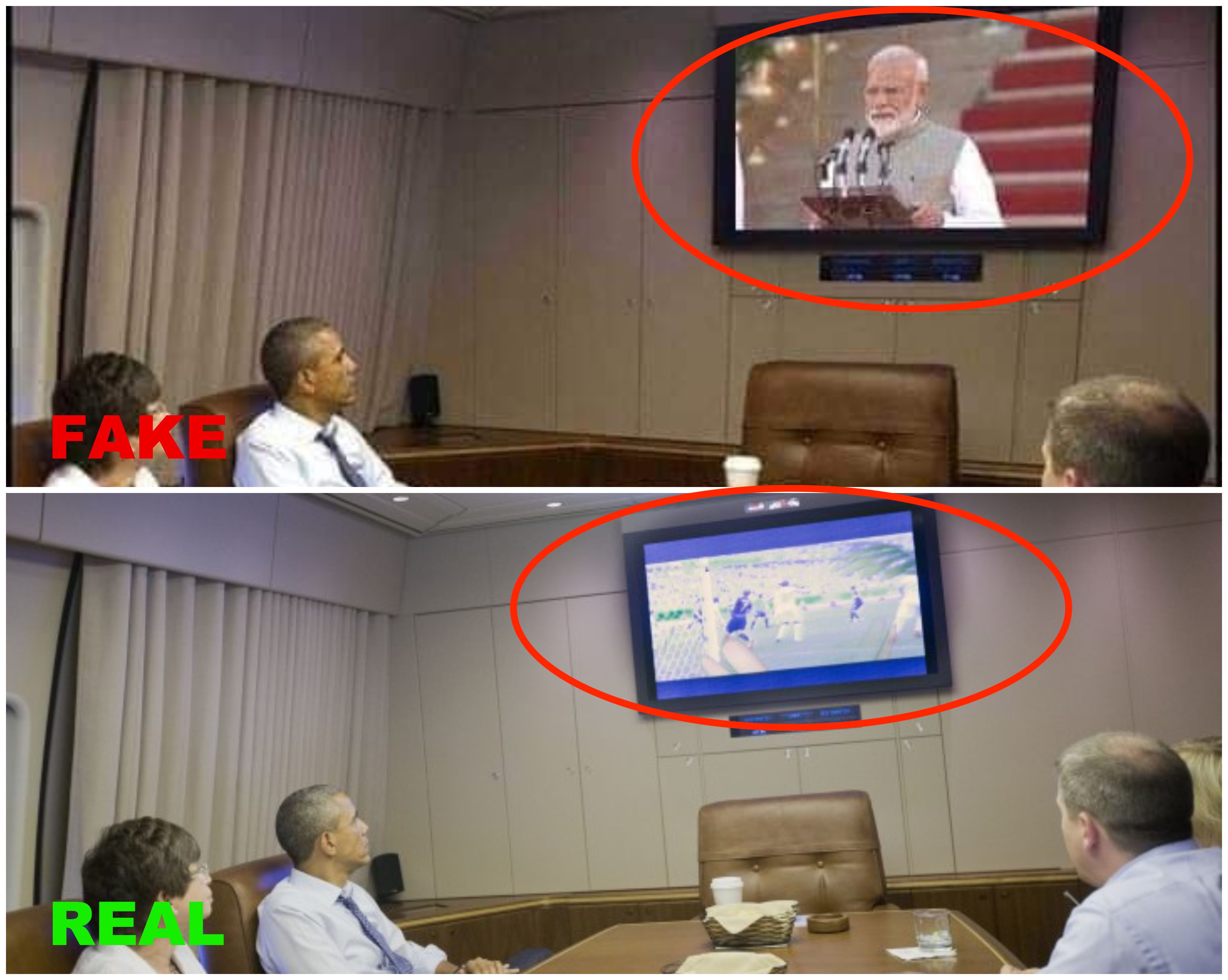 In the above FAKE vs REAL collage, it can be seen that the screen grab of PM Modi’s swearing-in ceremony has been superimposed on the screen.

Hence, this proves that the viral picture is FAKE.