Deepika Padukone and Ranbir Kapoor took fans down the memory lane as ‘Yeh Jawaani Hai Deewani’ clocked 6 years. Deepika put up a story on her Instagram handle where the two can be seen dancing on the track ‘Balam Pichkari’ from the film. 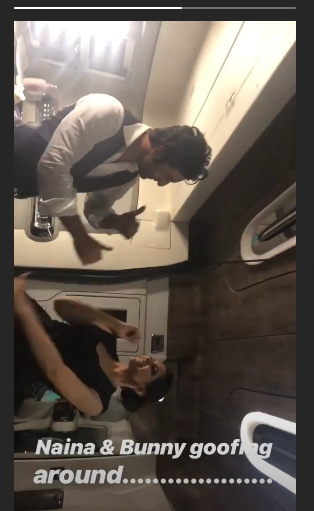 She captioned the video as, “Naina and Bunny goofing around…..”

A post shared by DesiBeauties&Hotties (@desibeautieshotties) on May 31, 2019 at 6:18am PDT

Deepika and Ranbir parted ways a long time ago and yet have remained good friends and kept creating magic with their amazing chemistry.

Deepika looks beautiful in her black ensemble while Ranbir looks is dressed up in formals.

‘Yeh Jawaani Hai Deewani’ has a cult following among die-hard romantic fans and the film revolves around a nerdy medical student Naina (Deepika) who falls for her classmate Kabir aka Bunny (Ranbir) during an impromptu trip. Kalki Koechlin and Aditya Roy Kapur played important roles in the film.

The film which was helmed by Ayan Mukerji and produced by Karan Johar. The film released on this day in 2013.