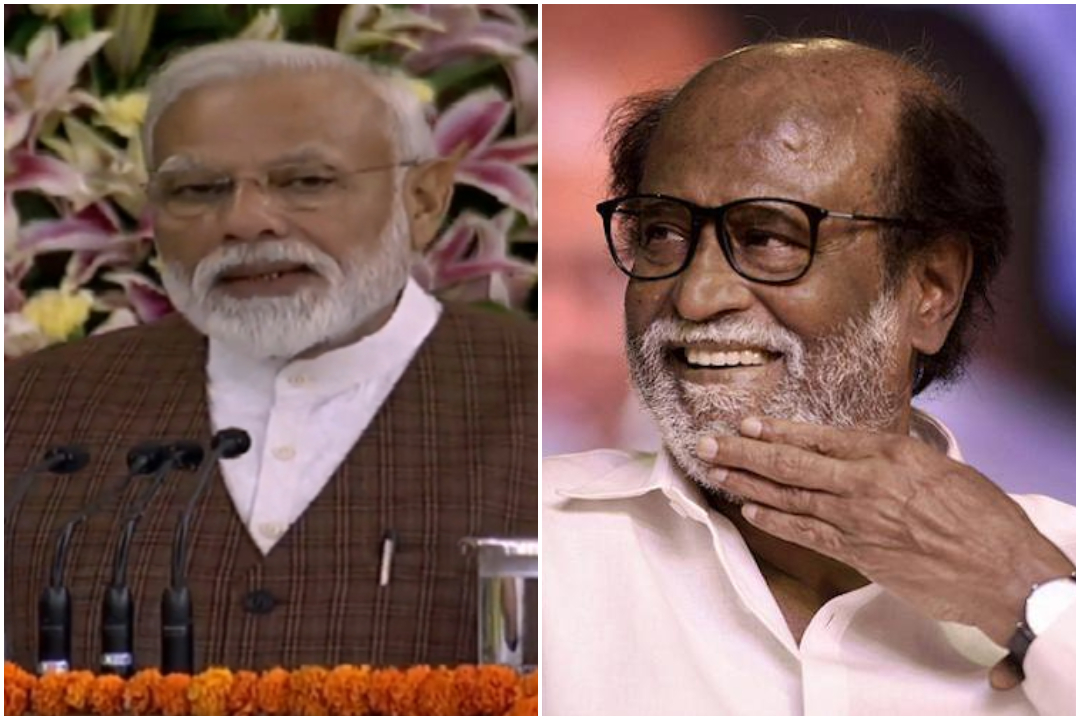 South mega-star Rajinikanth today confirmed that he would attend Narendra Modi’s oath ceremony as Prime Minister on Thursday and called him a “charismatic leader” like “Jawaharlal Nehru and Rajiv Gandhi”.

Speaking to the media near his residence, Rajinikanth said, “I will be going for the swearing-in ceremony.”

ALSO READ: BIMSTEC members, leaders of Kyrgyzstan and Mauritius invited to PM Modi’s swearing-in on May 30

He further added that the BJP owes its victory to Narendra Modi’s charisma.

When questioned about speculation over Congress President Rahul Gandhi’s resignation, he said, “I won’t say Rahul Gandhi lacks leadership skills. It is tough to handle an age-old party like Congress. I think senior leaders did not co-operate with him. He should not resign, he should prove he can do it too. In a democracy, the opposition should also be strong.”

Though Rajinikanth has said he will attend the ceremony, Kamal Haasan meanwhile is yet to commit to his presence at the ceremony. Sources in the party maintained that there was no decision on the matter yet.