Post the thunderous win of BJP in the 17th Lok Sabha elections, that also put the 2014 record behind them, the second term Prime Minister, Narendra Modi, returned to Varanasi to thank the party workers and the city that supported him for a second term as their MP. He won the seat by a margin of 5 lakh votes. 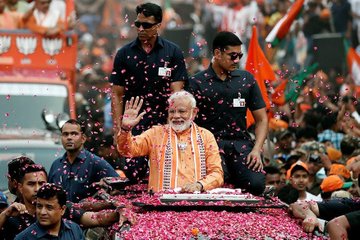 He addressed the party cadre and said that his government will work to ensure ‘Sabka Saath Sabka Vikas’ and stated that there is no alternative to transparency and hard work. He reiterated that ‘chemistry beat arithmetic’ in this election.

He thanked the people of the city for their love towards him and said that even though he is the prime minister of the country, he will always be a normal worker for Kashi. He mentioned that every party cadre worker in Varanasi became Narendra Modi and ran the campaign successfully.

“UP is giving new direction to politics… 2014, 2017 and 2019 hattrick is not small. Even after this, if the eyes of political pundit do not t open, their ears do not hear the sound, then they are living in 20th century.  Political pundits have to agree that there is chemistry beyond poll arithmetic,” the PM said while addressing party workers in Varanasi. 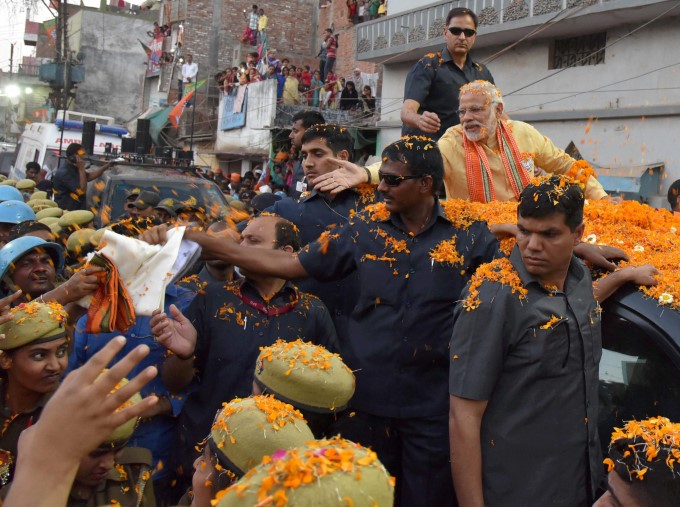 He also visited the famous Kashi Vishwanath temple in the city and offered prayers and was accompanied by BJP president Amit Shah and UP chief minister Yogi Adityanath.

In his speech, he stated that BJP is committed to upholding the values of democracy and said that the country is moving ahead on the path of development and economic growth.

He, however, stressed on that fact that beyond poll arithmetic, there is chemistry and that is what the part was able to establish.