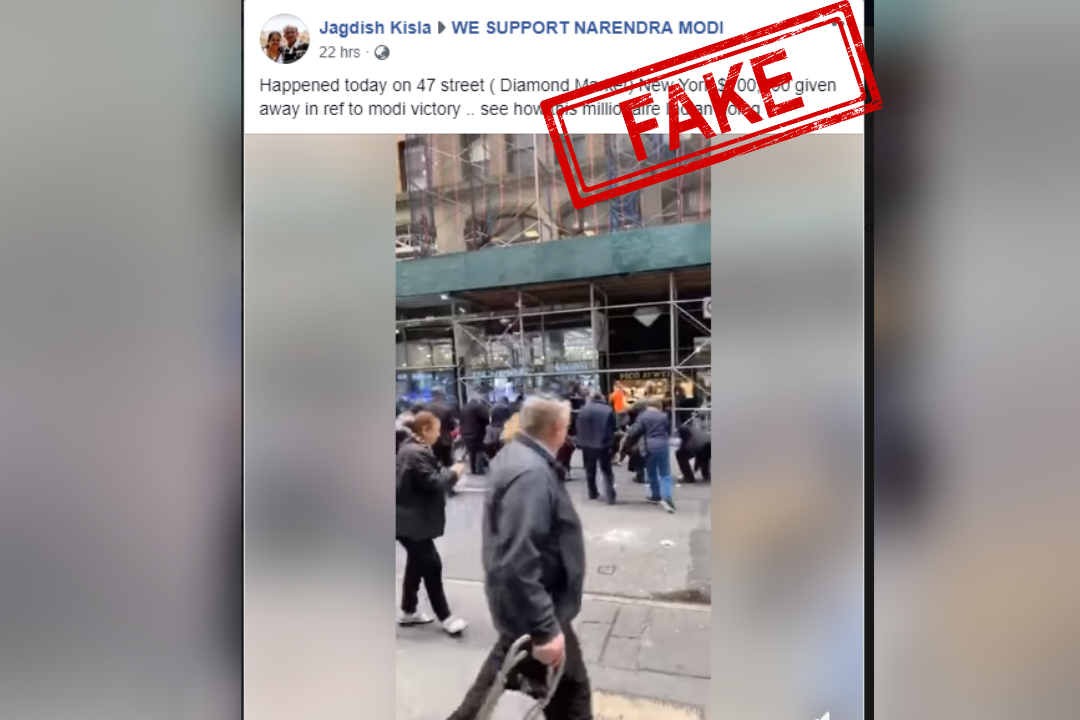 After the 2019 Lok Sabha election results were declared, a video went viral on social media in which a man can be seen throwing money in the air.

It is being claimed that an Indian billionaire gave away $100,000 to celebrate Modi’s victory. 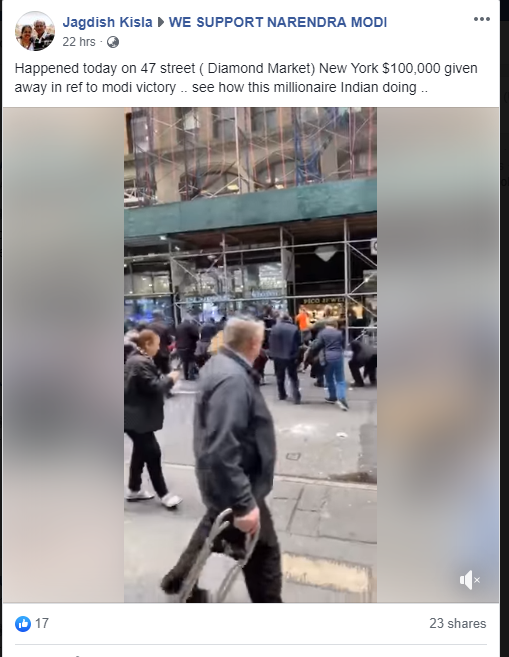 When our team of fact-checkers came across the post, we did a fact check and found that the claim is  FAKE.

When we put the screengrabs of the video through Reverse Image Search, we came across a video on YouTube which was uploaded on May 15, 2019, days before the result was declared.

We found out that the man raining money is a rapper named Joe Kush, who is doing it for his music video.

We also found the video on Joe Kush’s Facebook in which the incident can be seen from a different angle.

Hence, the claim attached to the video is FAKE.