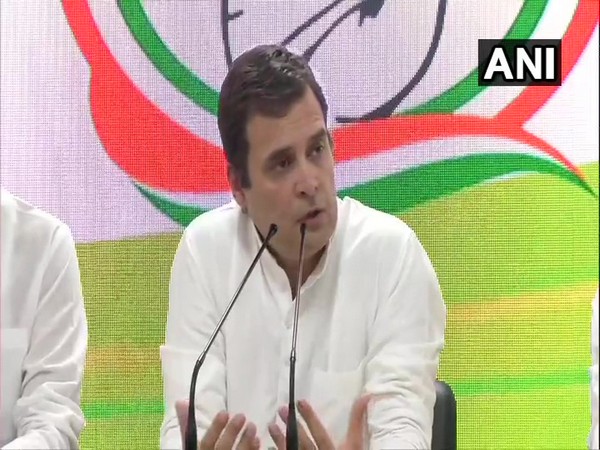 He congratulated BJP’s Smriti Irani, whom he defeated with a landslide margin in 2014 general elections.

“She has won and I congratulate her,” the Congress president said while addressing a press conference at the party headquarters.

Sporting a smile, he also congratulated the BJP and Narendra Modi for their historic win in Lok Sabha elections.

“I had said that during the campaign ‘janta maalik hai’ and today people have clearly given their decision. I congratulate the PM and BJP,” he said.

“Frankly, today is the not the day to discuss what I think went wrong because people of India have clearly decided that Narendra Modi is going to be their Prime Minister and as an Indian I respect that,” he added.

The BJP-led NDA is comfortably set for a return to power at the centre with the alliance in a comfortable lead on about 340 Lok Sabha seats in the country.