Home Music & Entertainment Bollywood Sonam Kapoor dazzles in red for her first look at the Cannes... 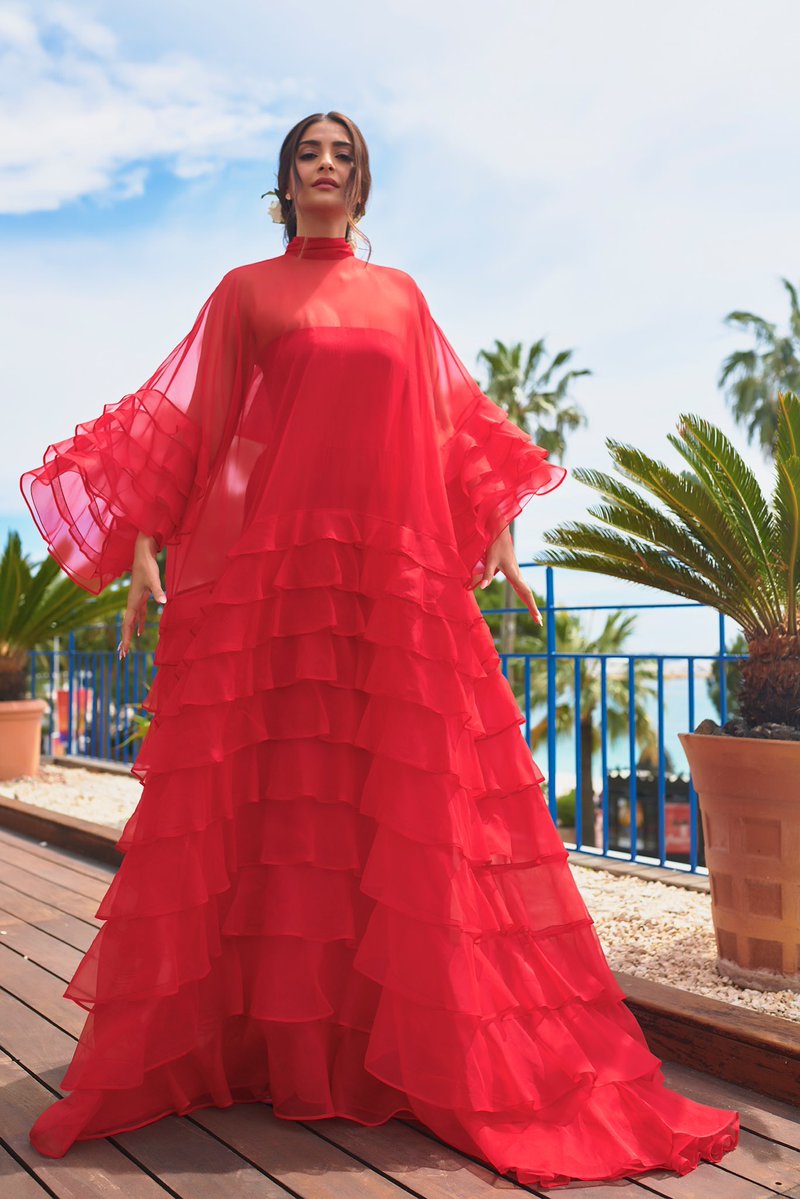 Actor Sonam Kapoor has debuted her first look from the ongoing Cannes Film Festival. Sonam on Monday shared four posts on Instagram, in which she was posing ahead of her red carpet appearance.

Sonam wore a red Valentino dress in the pictures. Sonam had also appeared at the 2018 edition of the prestigious festival, where she wore clothes by Vera Wang, Emilia Wickstead and her husband Anand Ahuja’s company, Bhane.

Just a few hours ahead of her Cannes appearance, Sonam slammed a tweet by actor Vivek Oberoi, in which he had shared a meme that seemingly made fun of Aishwarya and Salman Khan. Vivek’s tweet was met with widespread backlash, and Sonam had called it ‘disgusting and classless’.