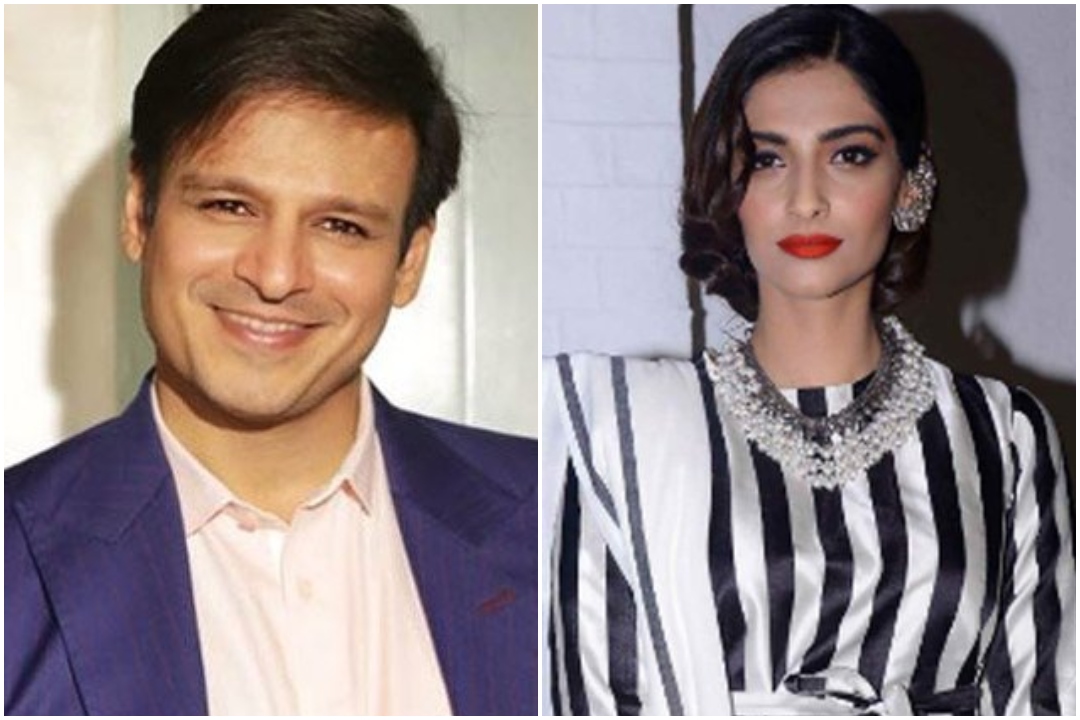 Actor Vivek Oberoi has commented on reactions to a controversial tweet that he posted on Monday, which seemingly made fun of actors Salman Khan and Aishwarya Rai. The tweet was met with widespread condemnation by several notable personalities, including actor Sonam Kapoor, who called it ‘disgusting and classless’. Vivek has reacted by advising Sonam to not ‘overact’ and ‘overreact’.

He said, according to ANI, ”…Aap apni filmon mein thoda kam overact karein aur social media pe thoda kam overreact karein (I would advise you to not overact in your films, and don’t overreact on social media). I’ve been working in women empowerment for 10 years now. I don’t think this is hurting anyone’s sentiments”.

Vivek, who reportedly dated Aishwarya in the early 2000s, posted a meme with three panels, one with him, another with Salman Khan and a third with her husband Abhishek and daughter Aaradhya on Twitter.

The tweet also came under the scanner of National Commission for Women. “Very disgraceful and in extreme bad taste of #VivekOberoi to put up such a disrespectful post. At least show the decency to pull off the post if not apologise to the lady and her little girl,” actor-turned-politician Urmila Matondkar tweeted. The NCW sent a notice to the actor asking him to give an explanation for sharing the “insulting” and “misogynist” tweet.

“This tweet is absolutely disgusting, distasteful, and degrading a woman. @NCWIndia will be serving notice to @vivekoberoi,” NCW chairperson Rekha Sharma tweeted. In their notice, the NCW said the actor should not have carried a minor girl and a woman’s picture for a sly reference.

“You have made insulting and misogynistic post on twitter carrying picture of a minor girl and a woman. It has been reported that you had drawn a sly comparison between the poll result and a woman’s personal life,” the notice by NCW read. “I’m waiting for National Commission for Women, State Commission for Women. I’d like to meet them, I’ll also like to explain myself because I don’t think I have done anything wrong,” Vivek said.

Vivek continued, ”People are saying apologise, I have no problem in apologising, but tell me what wrong have I done? If I have done something wrong I will apologise. I don’t think I have done anything wrong. What’s wrong in it? Somebody tweeted a meme and I laughed at it.”