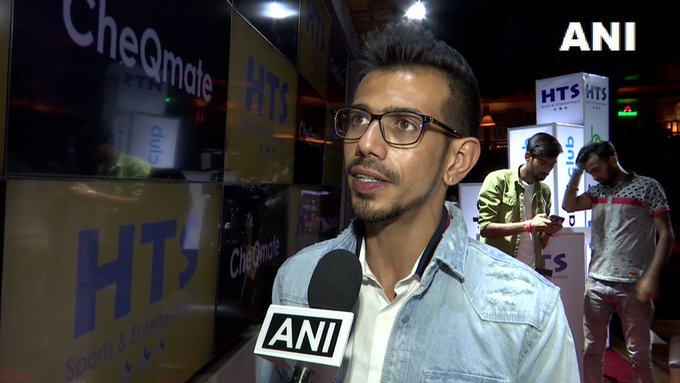 India leg-spinner Yuzvendra Chahal is ‘excited’ to play in his first ICC Men’s Cricket World Cup, starting May 30 in the England and Wales.

“Really excited, it will be my first World Cup. Everyone wants to be part of the World Cup to play for the country,” the 28-year-old told ANI.

On being asked what he thinks about the wicket, Chahal said, “Last year when we played in England, the wicket was slow so we have prepared accordingly but can only decide once we reach there.”

The middle-order, expect the presence of MS Dhoni, has worried the nation for quite some time now. Reflecting on the same, the leg-spinner said, “One should support and back all the 15 players. Consider the team is strong.”

India will take on New Zealand and Bangladesh on May 25 and 28 in the warm-up matches before opening its World Cup campaign against South Africa on June 5 at the Hampshire Bowl, Southampton.