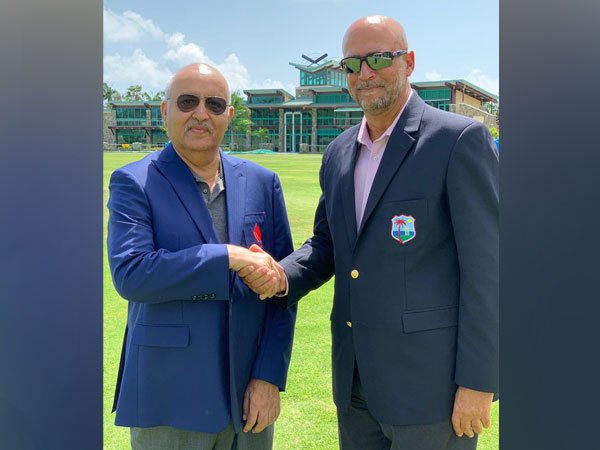 Cricket Canada President Ranjit Saini updated Cricket West Indies (CWI) President Ricky Skerritt on the plans for the second edition of the Global T20 Tournament and CricketFest to be hosted in Toronto.

The current partnership between the two has seen teams from Canada participate in the CWI’s Men’s Colonial Medical Insurance Super50 Cup and the recent CWI Girls Under-19 Tournament held in Trinidad.

Skerritt expressed pleasure at the visit in Antigua and welcomed the intended collaboration saying, “Cricket Canada and Cricket West Indies have shared a productive and brotherly relationship within the ICC Americas system for many years. All concerned can be assured that this relationship can only get stronger.”

Cricket Canada President and CWI President also visited the CCG High Performance Centre and spent time with the West Indies Women’s team who were training for an upcoming overseas tour to Ireland and England.

Earlier, Saini was hosted at a dinner meeting by Skerritt on Monday night and then he met with CEO Johnny Grave on Tuesday to update the existing Memorandum of Understanding, designed to strengthen partnerships between both cricket organisations.