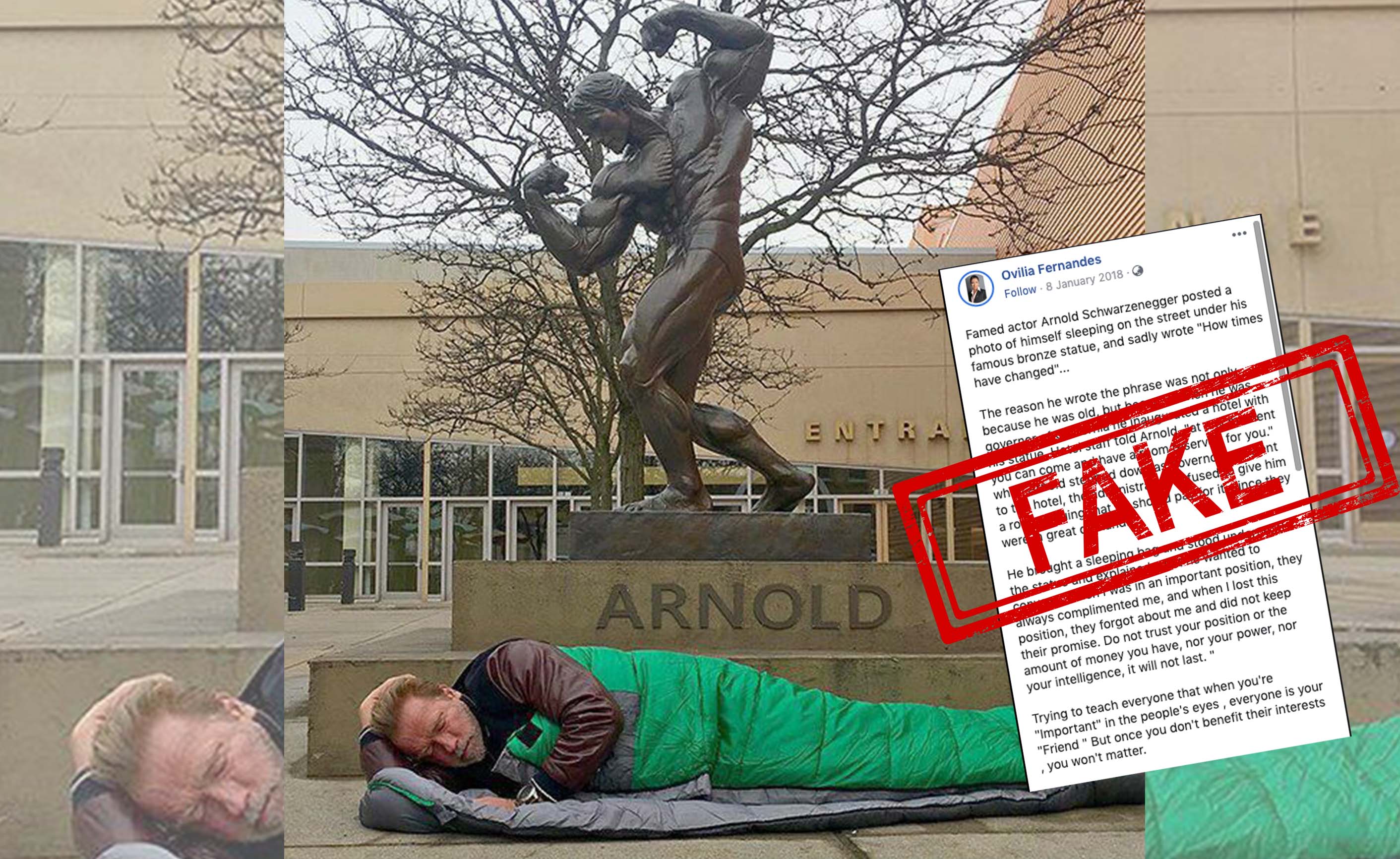 A picture is making rounds on social media in which world famous bodybuilder, actor and politician, Arnold Schwarzenegger can be seen sleeping in front of his own statue and claim was attached that he was denied a room in a hotel he inaugurated and had to sleep outside.

The caption with the picture read: “Famed actor Arnold Schwarzenegger posted a photo of himself sleeping on the street under his famous bronze statue, and sadly wrote “How times have changed”…

The reason he wrote the phrase was not only because he was old, but because when he was governor of California he inaugurated a hotel with his statue. Hotel staff told Arnold, “at any moment you can come and have a room reserved for you.” when Arnold stepped down as governor and went to the hotel, the administration refused to give him a room arguing that he should pay for it, since they were in great demand.

He brought a sleeping bag and stood underneath the statue and explained what he wanted to convey: “When I was in an important position, they always complimented me, and when I lost this position, they forgot about me and did not keep their promise. Do not trust your position or the amount of money you have, nor your power, nor your intelligence, it will not last. “

Trying to teach everyone that when you’re “Important” in the people’s eyes, everyone is your “Friend ” But once you don’t benefit their interests, you won’t matter.

” You are not always who you think you will always be, nothing lasts forever.”

At the time of filing this report, the above post was shared by close to 8.5 lakh people.

When NewsMobile came across the above post, we fact-checked it and found that the claim attached to the claim is FAKE.

On putting the picture through Reverse Image Search, we found an Instagram post on Schwarzenegger’s verified handle.

How times have changed.

On further digging, we found that the picture was taken when Arnold Schwarzenegger pulled out a prank by sleeping outside the Greater Columbus Convention Center.

Hence, this proves that the claim attached to the picture is FAKE.