Gurugram: In what could be a relief for the residents of Gurugram the administration inaugurated a new bus route from Badshahpur on Sohna road to the busy Huda City Centre Metro Statio, which will help thousands of commuters travel. 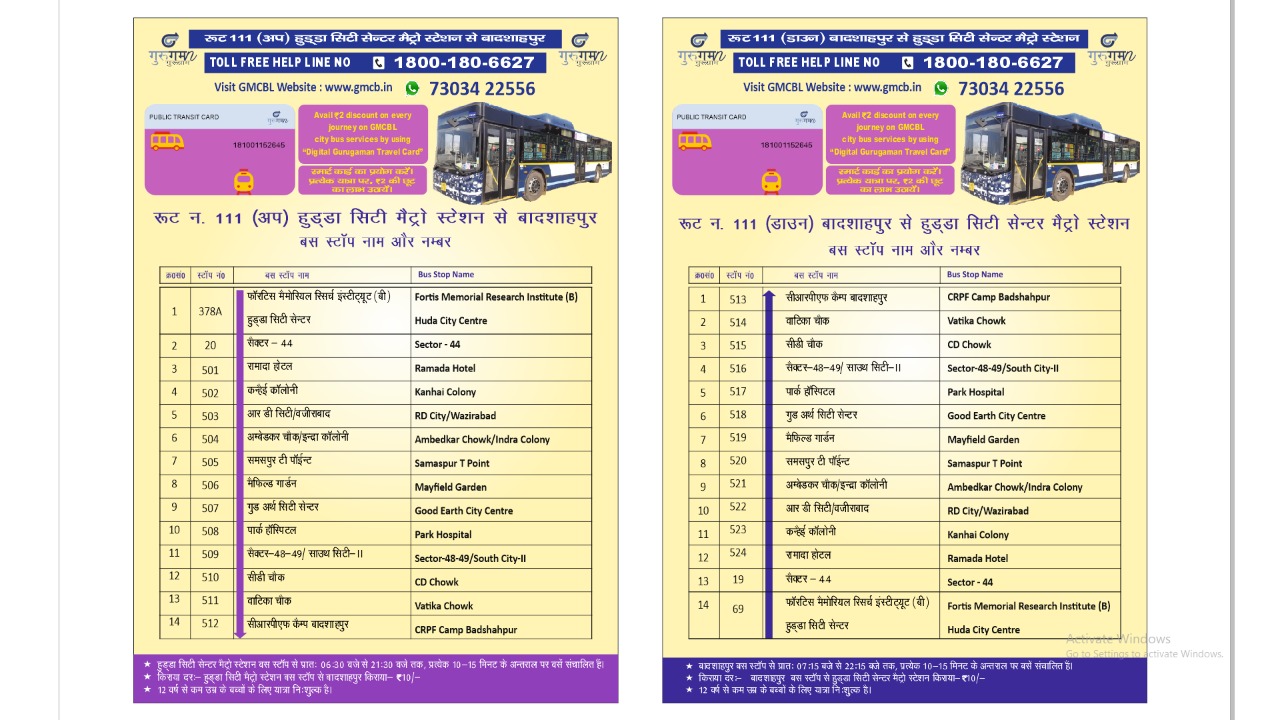 The service can be availed from 7:15 in the morning to 10:15 at night. The fare from Badshahpur to Huda City Centre Metro Station is Rs. 10.

After the inauguration, DC Gurugram Amit Khatri travelled in the bus along with Joint CEO Ashok Bansal.