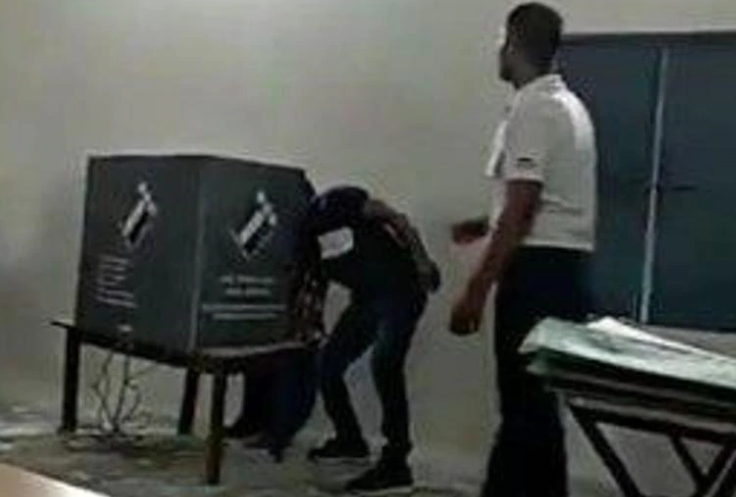 A day after a polling agent was arrested for allegedly trying to influence voters at a booth in Asaoti in Haryana’s Faridabad district, the Election Commission has ordered re-polling  on May 19.

The polling agent was arrested on Sunday after a video of him allegedly trying to influence voters in the sixth round of the national election went viral on social media. The poll panel said a complaint of violation of voting secrecy was found to be true.

“A complaint of a violation of the secrecy of voting in polling station 88, Asawati in Prithla constituency of 10, Faridabad parliamentary constituency was reported yesterday. On enquiry by the Observer, the complaint was found to be true. Commission has therefore ordered a fresh poll at this polling station on May 19,” the poll body said in a statement on Monday.

How impotent are the systems

The poll watchdog has directed IAS officer Ashok Kumar Garg to take over as Faridabad’s returning officer on Tuesday, and transferred the official currently occupying the post.

The commission said that a first information report has been lodged against Giriraj Singh, the polling agent. It is not yet clear which party he belongs to.

The poll panel has also suspended Presiding Officer Amit Atri for dereliction of duty, and initiated criminal action against him. The booth’s micro observer Sonal Gulati has been barred from election-related work for three years.

The voter turnout was 64.48% in Faridabad. Union minister Krishan Pal Gurjar is contesting against Congress’s Avtar Singh Bhadana and INLD’s Mahender Chauhan in this seat.

A total of 59 Lok Sabha seats, including 10 seats in Haryana, went to polls in the sixth phase of general elections on Sunday, May 12.