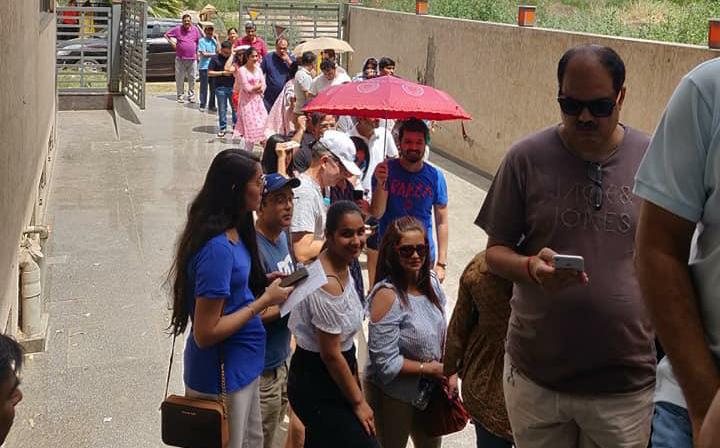 The millennium city recorded a worse voting percentage than last time as many voters returned back with polling stations being shifted abruptly forcing many to stand in the scorching sun for hours.

“I am a senior citizen they changed the polling centre 281 under Badshahpur assembly constituency abruptly from Nirvana patio to Harmony which had no facilities and we had to wait in the sun for hours,” said Jairaj Arora from Nirvana country.

Other residents too complained of similar harrowing experience and many turned back.

Clearly the voting percentage recorded was lowest in this assembly segment and clearly voter apathy was not the reason.

The polling officials too complained of the lack of facilities.

“We had to borrow chair from a nearby shop there was no arrangement,” complained a polling official on conditions of anonymity.

Clearly the local administration could have done a better job which could have boosted the poll percentage in the Millenium City.