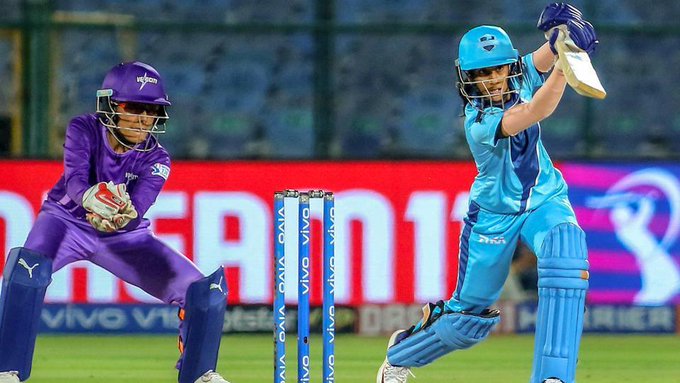 Chasing a decent target of 143 runs, Velocity had a poor start as both their openers, Hayley Matthews (11) and Shefali Verma (2), were sent back to the pavilion in the first four overs.

Daniel Wyatt and skipper Mithali Raj then came out to bat and took control of the inning as they both played steadily and kept adding runs to the scoreboard.

Wyatt played furiously as she walloped four boundaries and two sixes. However, in the 12th over she tried to swing across the line but missed the shot and the ball hit the stumps which ended her 43-run inning.

Wyatt’s dismissal brought Veda Krishnamurthy out on the field. Raj (40*) and Krishnamurthy (30*) played slowly and avoided playing risky shots. As both the batters relied more on singles and doubles, they failed to chase down the target and faced a 12-run defeat in the hands of Supernovas.

Earlier, Supernovas were sent to bat first and their openers, Priya Punia and AC Jayangani, gave their side a decent start. However, Velocity’s Shikha Pandey provided her team with their first breakthrough as she got hold of Punia (16).

Jemimah Rodrigues then came out to bat and along with Jayangani, played some brilliant shots. Both the batters struck regular boundaries before Amelia Kerr sent Jayangani (31) back to the pavilion.

After Jayangani’s dismissal, Sophie Devine joined Rodrigues. However, regardless of the fall of a wicket, Rodrigues kept on hammering boundaries and scored a blazing half-century.

Devine too became a victim of Kerr in the 19th over and went back to the pavilion after scoring just nine runs. Skipper Harmanpreet Kaur then came out to bat and gave company to Rodrigues.

Kaur did not get many deliveries to play as she scored just one run off five balls while Rodrigues played an unbeaten knock of 77 runs off just 48 deliveries which helped her side post a target of 143 runs for Velocity.

All the three teams, Velocity, Trailblazers and Supernovas, have two points each. However, based on the NRR, Supernovas and Velocity reach in the final and will face each other on May 11 at the same venue.