Home Battle For States We are confident to win all seats in Delhi: BJP leader Nalin... 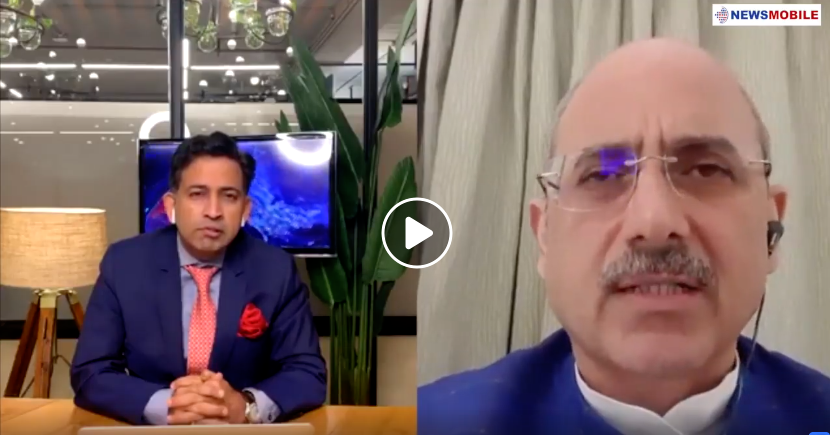 We are confident to win all the seven Lok Sabha seats in the national capital, BJP spokesperson Nalin Kohli told Saurabh Shukla, Editor-in-chief of NewsMobile, in an exclusive interview.

When asked about the BJP’s strategy for the upcoming Lok Sabha election in the national capital, Kohli said, we take the election very seriously across the country and that’s the nature of our national president Amit Shah.

He also said the party is banking on whatever the Prime Minister Narendra Modi-led government has done in the last five years for a different segment of society.

Exuding confidence of winning Delhi all seven Lok Sabha seats, he said due to the comparison between the Aam Aadmi Party (AAP) and the BJP work we will win all the seats.

Also, the AAP has had an agenda only of a media statement, including staging various events to put the blame on others. They always have had blame for anything except work. Besides, the AAP had made huge promises in 2014, but since then, they have had the agenda of the blame game.

On being asked about the importance to field celebrity candidates to fetch votes, he said “Democratic process opens itself up to anybody aspiring to contest and anybody nominated by the party. It’s not only a matter of celebrity.”

Kohli further said that there is a recognition value that comes with a celebrity, but the party gives a ticket to candidates who believe in our ideology.

Expressing his views on the opposition’s demand of 50 per cent verification of votes by the VVPATS, the BJP leader said in the past, there used to be booth rigging, but after the advent of the EVM, there is a massive improvement.

Kohli also claimed that the EVM cannot be hack as there is no internet access to it. He further said, “When the opposition parties win the elections, then the EVMs are perfect for them and there is no problem with EVMs. Both the BJP and the opposition have won and lost.”

ALSO READ: The inside story of how India got Masood Azhar the global terrorist tag, exclusive with India’s UN Envoy Syed Akbaruddin

Talking about VVPATs, he said that the VVPAT is a step ahead to ensure that the voter further has a sense of confidence that the system is evolving and it is even more foolproof today.

Kohli added, “He (Gandhi) should hear it himself, and then follow his own advice. He would do well if he learnt from the words he is advising others and put it into practice.”