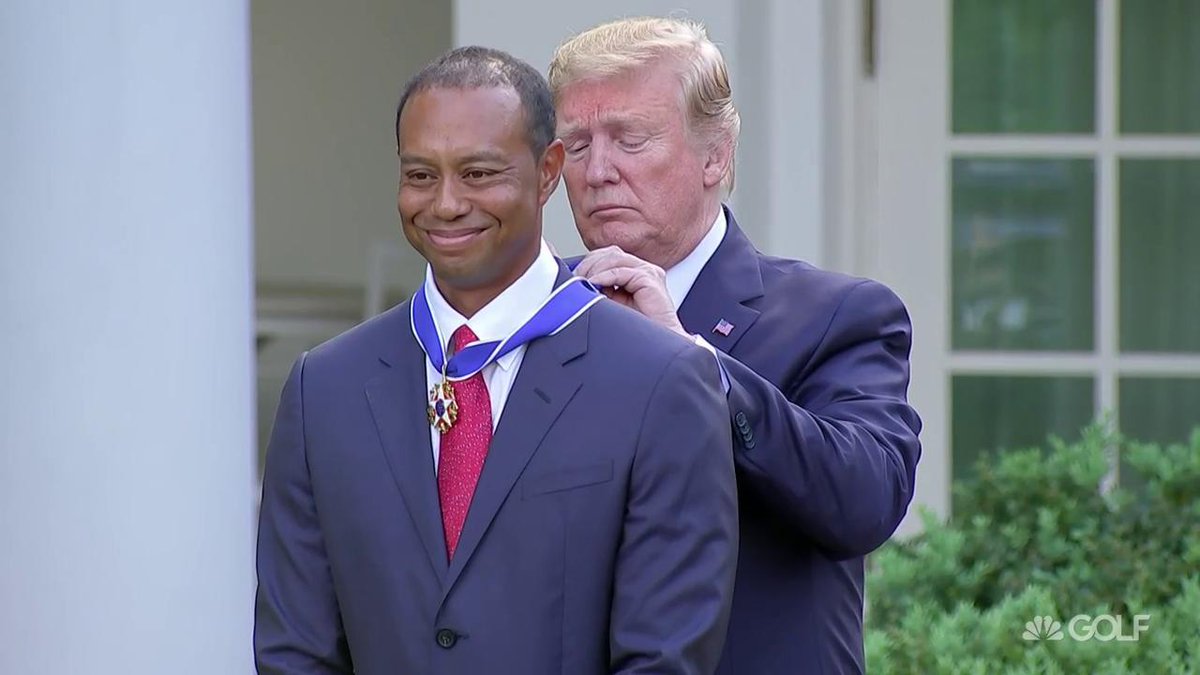 American golfer Tiger Woods was bestowed with the Presidential Medal of Freedom, US’ highest civilian honour, by President Donald Trump at Rose Garden here on Monday.

Hailing Woods as a “great guy” and a “global symbol of American excellence”, Trump was quoted by CNN as saying, “Congratulations again on your amazing comeback and your amazing life and for giving sports fans everywhere a lifetime of memories.”

Trump gave a detailed rundown of Woods’ career and recalled his comeback in golf after a spate of injuries.

Before giving his remarks, the 43-year-old veteran golfer received a standing ovation.

“This has been an unbelievable experience,” Woods said, thanking his family. Woods’ mother, Kultida Woods, his son, Charlie, his daughter, Sam, his girlfriend, Erica Herman, and his caddie, Joe LaCava graced the occasion.

ALSO READ: These two teams have been the toughest for Man City boss Pep Guardiola

Woods, who became emotional, while making his address, also thanked his late father Earl Woods for supporting him.

The Presidential Medal of Freedom recognises persons who have made “an especially meritorious contribution to the security or national interests of the United States, world peace, cultural or other significant public or private endeavours.”

Last month, Woods won the Masters Tournament, which was the 43-year-old golfer’s first major title in 11 years after suffering severe injuries that threatened to cut short his glorious career.

Following his victory, Trump, who is also an ardent golf player, said that he would present the Presidential Medal of Freedom to the golfing veteran.

“Spoke to @TigerWoods to congratulate him on the great victory he had in yesterday’s @TheMasters, & to inform him that because of his incredible Success & Comeback in Sports (Golf) and, more importantly, LIFE, I will be presenting him with the PRESIDENTIAL MEDAL OF FREEDOM!” he had tweeted.

Woods’, who previously held the numero uno position, is currently ranked sixth, the first time he catapulted to top 10 since 2014 after his victory in the Masters Tournament.

NewsMobile is the mobile first media platform that empowers you, entertains you and makes you smarter with its exclusive stories and user generated content selected by our team of award winning journalists and writers.
Contact us: e[email protected]