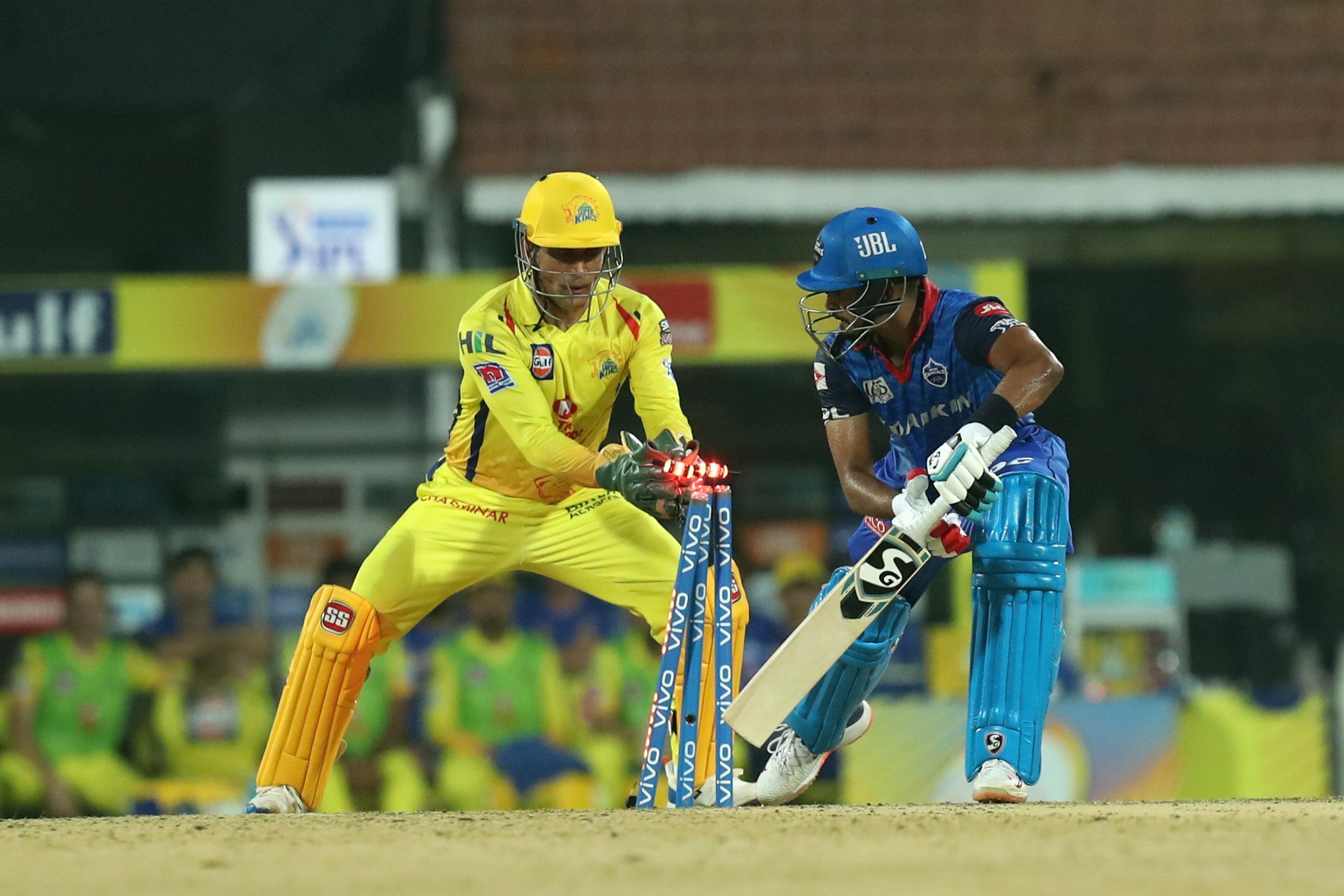 Delhi Capitals suffered yet another collapse, losing six wickets for just 22 runs after the Powerplay overs, against Chennai Super Kings in Match 50 of IPL 2019 on Wednesday at the MA Chidambaram Stadium, Chennai in a span of just 5.4 overs, in chase of 180 win, eventually succumbing to 99 all out, losing the match by 80 runs.

Shikhar Dhawan and skipper Shreyas Iyer tried to build their innings with some explosive shots upfront. Both players looked in good touch but Dhawan departed in the last over of the powerplay, after scoring 19 off 13 balls.

Post powerplay, Shreyas Iyer continued playing his strokes but the wickets kept falling from the other end. Dhoni introduced spinners from both the ends and Imran Tahir picked up four wickets while Ravindra Jadeja snapped three batsmen to halt Delhi Capitals’ run chase.

The visitors eventually fell 80 runs short off the target and were bowled out for 99. Earlier, Delhi won the toss and decide to bowl. Shane Watson’s bad IPL run continued as he departed in the fourth over without troubling the scorers.

Next in, Suresh Raina played with intent and took the game away from the Delhi bowlers. He was timing the ball well into the gaps while Faf Du Plessis continued with strike rotation. The duo completed the fifty-run stand and brought CSK back on track.

Du Plessis fell in 14th over off the bowling of Axar Patel, trying to hit him for a six. He was caught by Shikhar Dhawan. In the very next over, Raina also got out trying to accelerate the innings. Thereafter, MS Dhoni (44 off 22 balls) and Ravindra Jadeja (25 off 10 balls) played explosively to help their side post above par total of 179/4.