Mythical creatures have always fueled the interest of mankind. From unicorns to centaurs to the mystical Yeti of the Himalayas. Stories from time to time that keep us yearning for them to be true! And if the latest tweet by the Indian Army is to be referred to, then this is just the information we have all been waiting for. 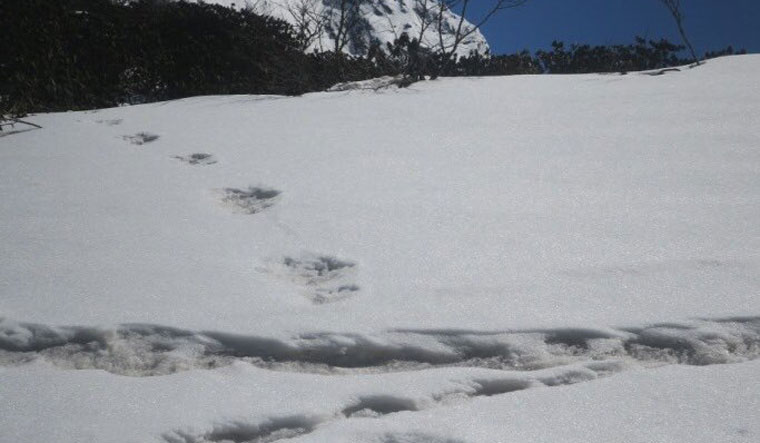 The Indian Army, on Monday, announced via a tweet that they had sighted footprints of the Yeti, or the Snowman in Nepal’s Makalu Base.

Yeti is a mythical creature, believed to live in the snow-clad mountains of the Himalayas. For centuries, the myth around its reality has kept humans on their toes. No public siting has been reported so far thought many have claimed to have seen it. It is supposed to be a furry bear like creature, with a large body structure and known to leave behind abnormally large footprints.

The Indian army shared a few images on their official Twitter handle stating that they had visual proof of the Yeti. Their Mountaineering Expedition Team had come across “mysterious footprints measuring 32X15 inches” which allegedly belong to the Yeti.

In the images though, the footprints appear to be of a single foot.

For the first time, an #IndianArmy Moutaineering Expedition Team has sited Mysterious Footprints of mythical beast ‘Yeti’ measuring 32×15 inches close to Makalu Base Camp on 09 April 2019. This elusive snowman has only been sighted at Makalu-Barun National Park in the past. pic.twitter.com/AMD4MYIgV7

The army said it discovered the footprints on April 9, 2019, at Makalu Base Camp in Nepal. It also claimed that the “elusive snowman” has only been sighted near the Makalu-Barun National Park.

Army sources say the story is based on “physical proof of on-the-spot narration”, photos and videos. “We got the inputs about 10 days back and yet we held on to it,” they said, promising that the “photos and videos may surprise you”.

Sources also claimed that the reason for the tweet was to ‘excite scientific temper and rekindle the interest’.

As a fact-checker NewsMobile is careful to confirm the veracity of these claims and we have not seen any scientific evidence of Yeti being in existence so far.