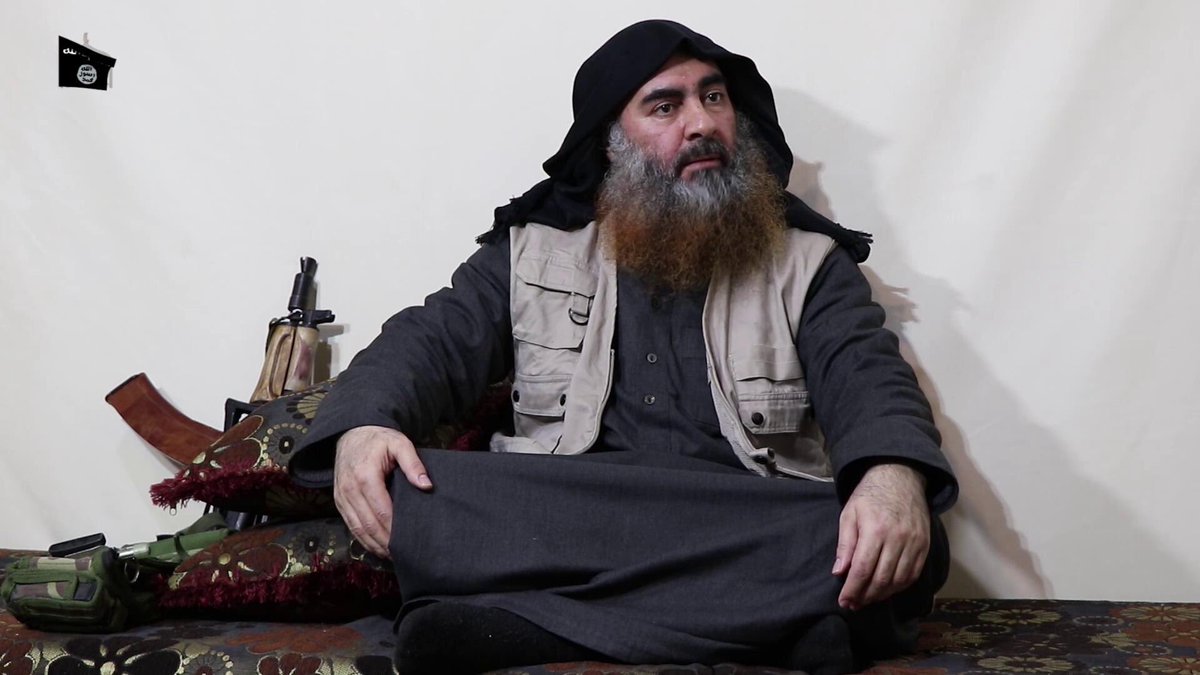 ISIS Abu Bakr al-Baghdadi appeared in a propaganda video after a gap of 5-years on Monday in which he asserted that the battle for Baghouz, Islamic State of Iraq and the Levant’s (ISIL) final bastion in eastern Syria, “is over.”

In the video which was published by ISIL’s Al Furqan media network on Monday, the ISIL leader seemed to have grown a bushy grey beard. He kept an assault weapon close by and sat in a cross-legged position on a cushion along with three men by his side whose faces were blurred.

“There will be more to come after this battle,” said al-Baghdadi, apparently referring to the final fight in Baghouz.

Al-Baghdadi had appeared for the first time in the propaganda video since delivering a sermon at the Great Mosque of al-Nuri, in Mosul, Iraq, in 2014, declaring a “Caliphate” in Iraq and Syria.

Meanwhile, an audio message was also put out, purportedly of al-Baghdadi, saying that the April 21 attacks in Sri Lanka, which left at least 253 people dead, was ‘vengeance’ for ISIL’s ‘brothers in Baghouz’.

“Your brothers in Sri Lanka have healed the hearts of monotheists [ISIL members] with their suicide bombings, which shook the beds of the crusaders during Easter to avenge your brothers in Baghouz,” al-Baghdadi was reportedly heard saying.

“Our battle today is a war of attrition to harm the enemy, and they should know that jihad will continue until doomsday,” he mentioned in the video.

The leader further insisted that ISIL’s operations against the West were part of a “long battle” and the group would “take revenge” for its members who had been killed.

Wearing a black robe with a beige vest, al-Baghdadi gave an 18-minute address in the video. However, it is unclear when the footage was filmed.

Baghouz, the last piece of populated land held by the ISIL, which once spread across a third of Iraq and Syria, is roughly equivalent to the size of the United Kingdom and attracted 40,000 fighters to its cause.

At its peak, the terror outfit controlled huge parts of Iraq and Syria with a population of over 10 million people. However, since 2017, the terror group started losing hold on major territories in both countries to the United States-backed military forces.

Last month, US-backed Kurdish-led Syrian Democratic Forces (SDF) had resumed attack against Baghouz with an objective to clear out the last traces of its self-declared ‘Caliphate’.