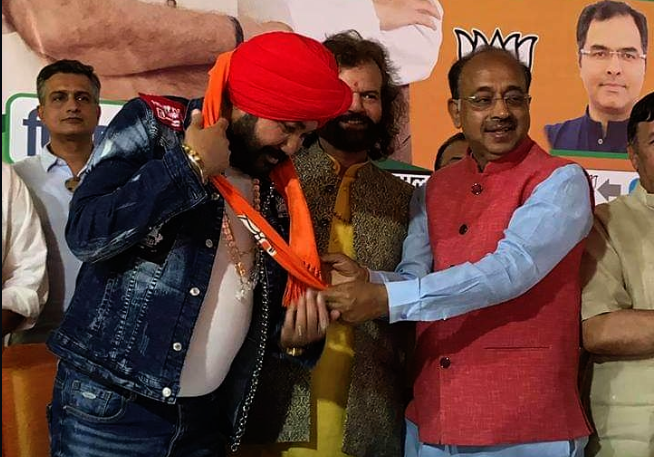 Days after Punjabi singer Daler Mehandi joined the Bharatiya Janata Party (BJP), a news article is making rounds according to which ‘two-year jail term against him in human trafficking case was suspended after he joined BJP’. 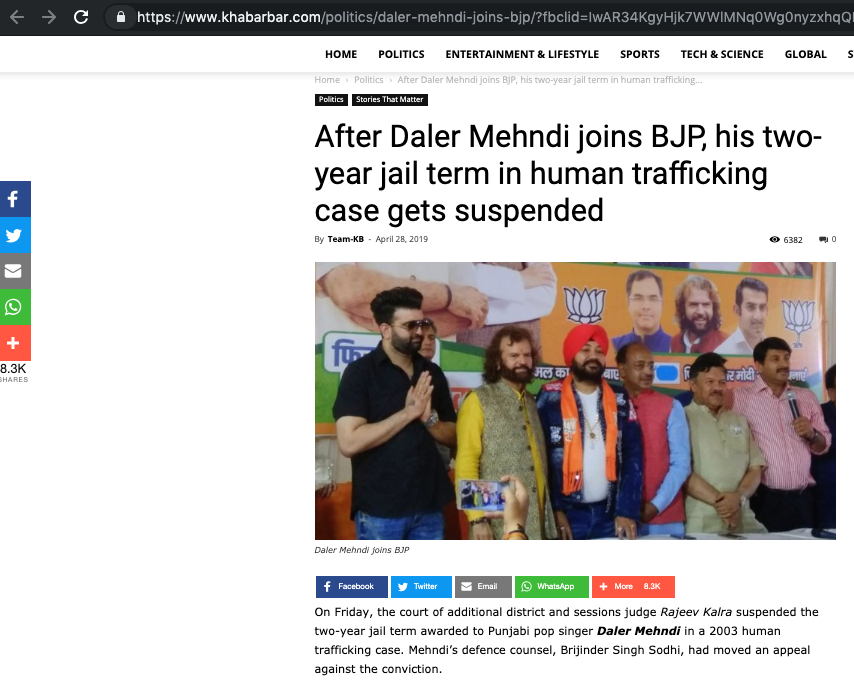 The article was shared by several pages on Facebook:

When NewsMobile came across the article, we fact-checked it and found it to be misleading.

When we verified the facts in the article, we found that it was true that the ‘two-year jail term for Daler Mehandi was suspended in human trafficking case‘ days after he was convicted in that case. But that happened before he joined the BJP. 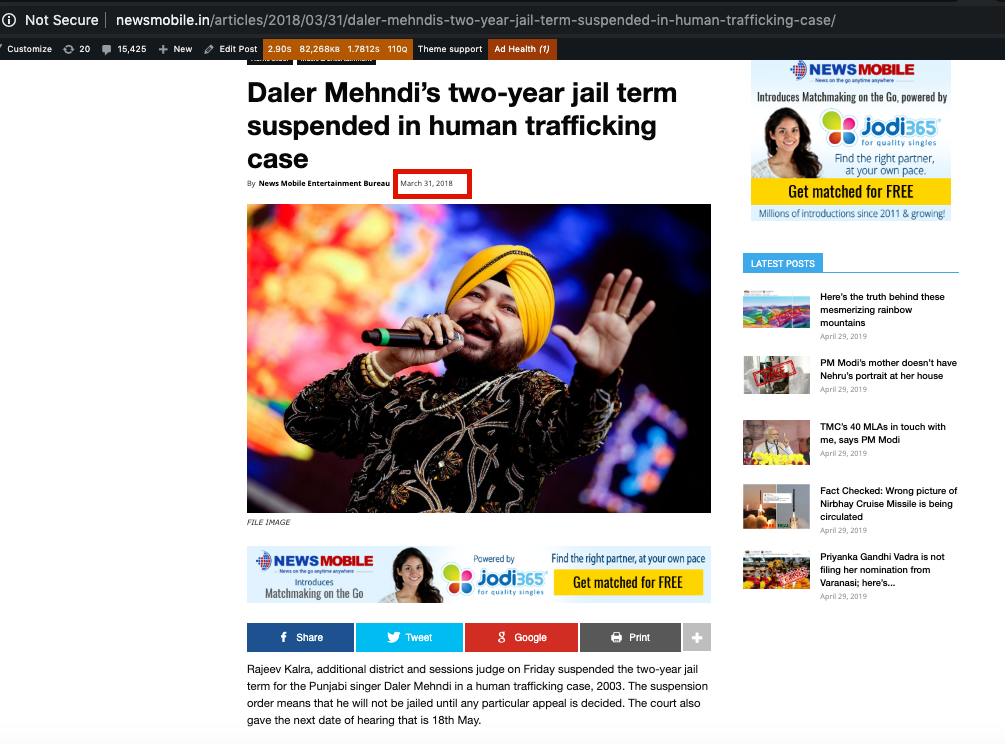 Hence, this proves that the viral article is not true and misleading. 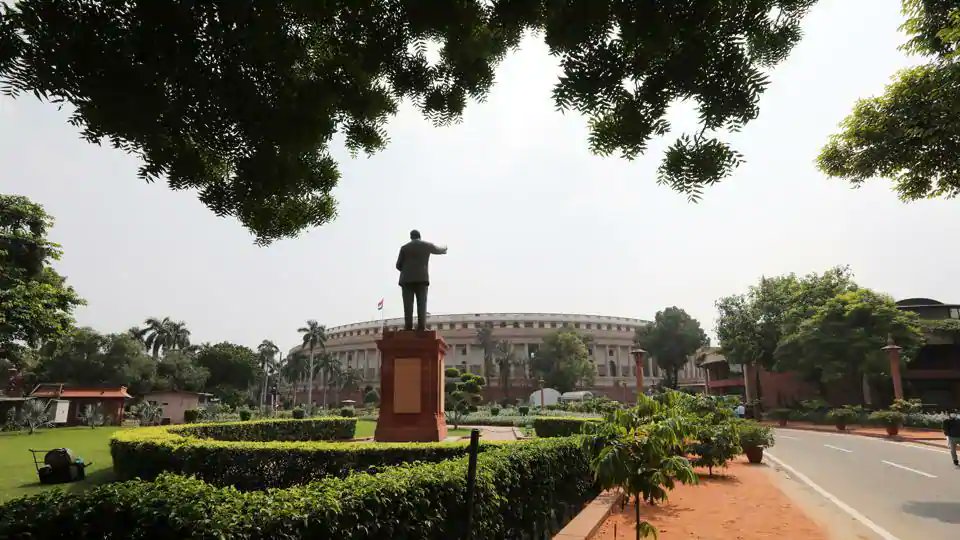