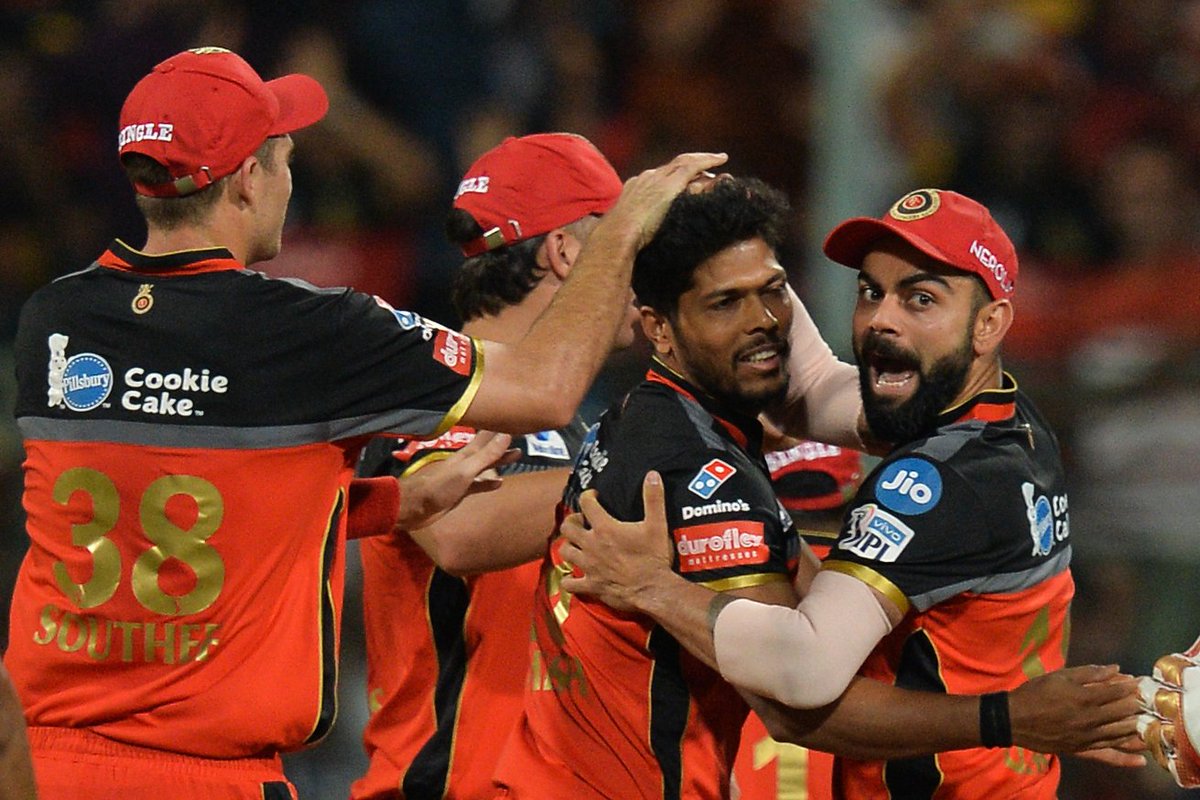 Chasing 203, Punjab got off to a superb start with Chris Gayle and KL Rahul replying with back-to-back boundaries. AB de Villiers became the game changer as he stopped Gayle (23) at long-on off Umesh Yadav.

Mayank Agarwal and Rahul recovered Punjab with their 59-run stand for the second wicket. Bangalore applied brakes on the scoring as Marcus Stoinis dismissed Mayank (35), who was caught by a tumbling Yuzvendra Chahal at midwicket. In the next over, Moeen Ali got rid off Rahul (42) to put Punjab under pressure.

The final over consumed Ravichandran Ashwin and Hardus Viljoen, which helped Umesh Yadav pick three wickets and Punjab ended for 185/7.

Earlier, asked to bat, AB de Villiers and Marcus Stoinis powered Bangalore, especially in the dead overs to post a daunting total of 202 for the loss of four. At one stage even 160 seemed difficult as the host were 84/4 down under 11 overs. But an unbeaten 121-run partnership between de Villiers and Stoinis gave Bangalore bowlers something to defend.

De Villiers punished Mohammed Shami for 21 runs, including two sixes, and slapped another six to Hardus Viljoen in the final over before Stoinis whacked two sixes and as many sixes to steal 27 runs from the last over. De Villiers and Stoinis finished unbeaten on 82 and 46, respectively.

Virat Kohli and Parthiv Patel displayed their attacking form but the attempt short lived. Kohli played a drive into the covers off Shami but Mandeep Singh caught him for 13, leaving a full house in silence.

Patel, too, faced a similar fate. Murugan Ashwin got a vital breakthrough as he dismissed Patel (43), who was caught by Ravichandran Ashwin at covers. Big hitter Moeen Ali (4) and Akshdeep Nath (3) returned to the dugout in quick succession without troubling the scoreboard much.

Bangalore will next play against Delhi Capitals on April 28, whereas Punjab will take on Sunrisers Hyderabad on April 29.