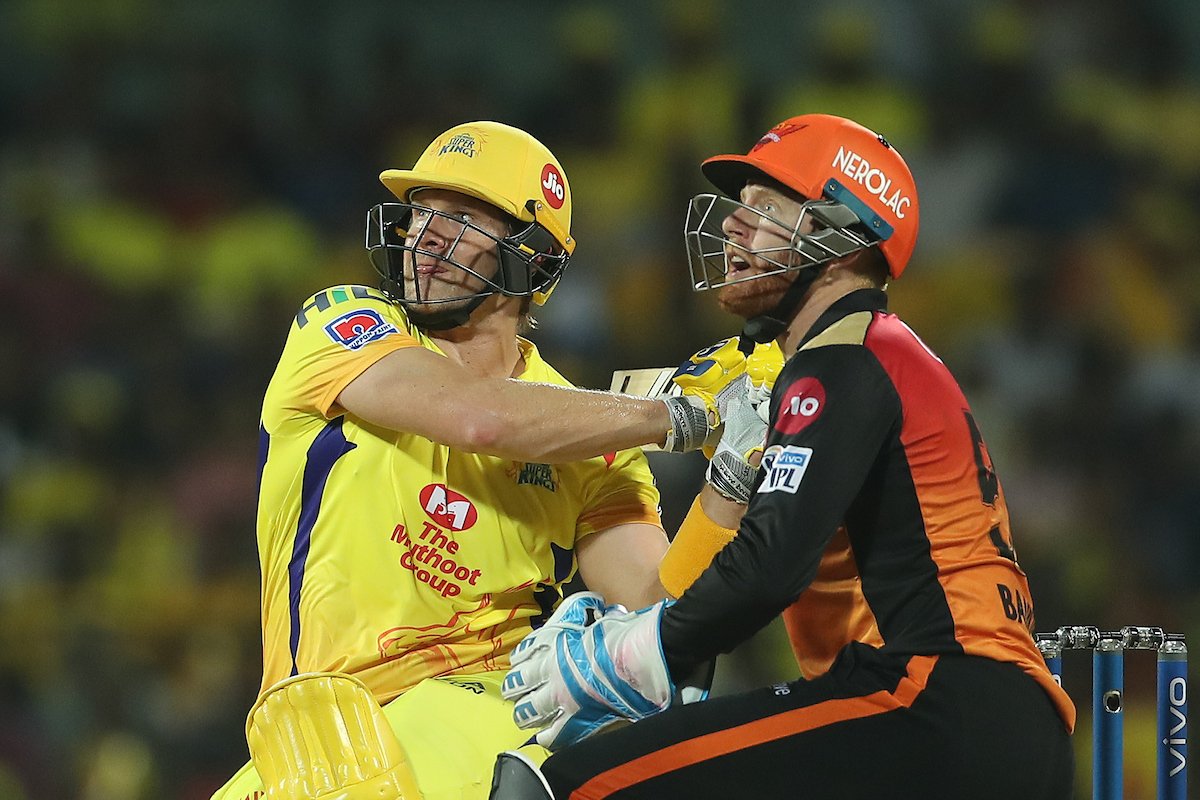 Shane Watson guided Chennai Super Kings (CSK) defeat Sunrisers Hyderabad (SRH) by six wickets here at the MA Chidambaram Stadium on Tuesday. Chennai have returned on top in the point table with eight wins from 11 games, whereas Hyderabad remained at fourth with five wins from 10 games.

Chasing 176, Chennai had an early hiccup when Faf du Plessis, drilled the ball to mid-off and tried to sneak a run but Deepak Hooda knocked down du Plessis’ stumps at non-striker’s end off Bhuvneshwar Kumar. Shane Watson and Suresh Raina punished Hyderabad bowlers, adding 77 for the second wicket, including 22 runs off pacer Sandeep Sharma.

Raina, on 38, got a lifeline from leg-spinner Rashid Khan as wicket-keeper Jonny Bairstow missed the stumping but made up for it on the last ball of the over and removed Raina for 38. Watson – dropped on 33 when Bairstow missed a catch – added 80 with Ambati Rayudu to almost take Chennai home. Hyderabad captain Bhuvneshwar Kumar got the Australian right-hander, who was four shy century, caught behind.

With nine runs required from the final over, after Rayudu ran a single, Kedar Jadhav whacked a six off Sandeep. On the second last ball Rayudu played an aerial in an attempt to seal the match but ended up giving an easy catch to Vijay Shankar at mid-off. Jadhav then ran for one to win the match after two back-to-back defeats. Earlier, scintillating innings from Manish Pandey powered Hyderabad to 175 for the loss of three after sent in to bat.

Spinner Harbhajan Singh got a major breakthrough in his opening spell, sending Jonny Bairstow back for a golden duck. Hyderabad were quick in healing its early wound as Manish and David Warner stitched a 115-run stand for the second wicket. Chennai started to put brakes on scoring as Harbhajan produced slower ball. Warner tried to play an early shot but MS Dhoni stumped Warner for 57.

A Kane Williamson-less Hyderabad still managed to push the scoreboard. Manish found support in Vijay Shankar and the duo combined quick 47, punishing especially Imran Tahir, before pacer Deepak Chahar dismissed Shankar (26) at deep midwicket. Manish emerged from the shadows, finishing unbeaten 83 off 49 balls. Chennai will next take on Mumbai Indians on April 26, whereas Hyderabad will play against Rajasthan Royals on April 27.