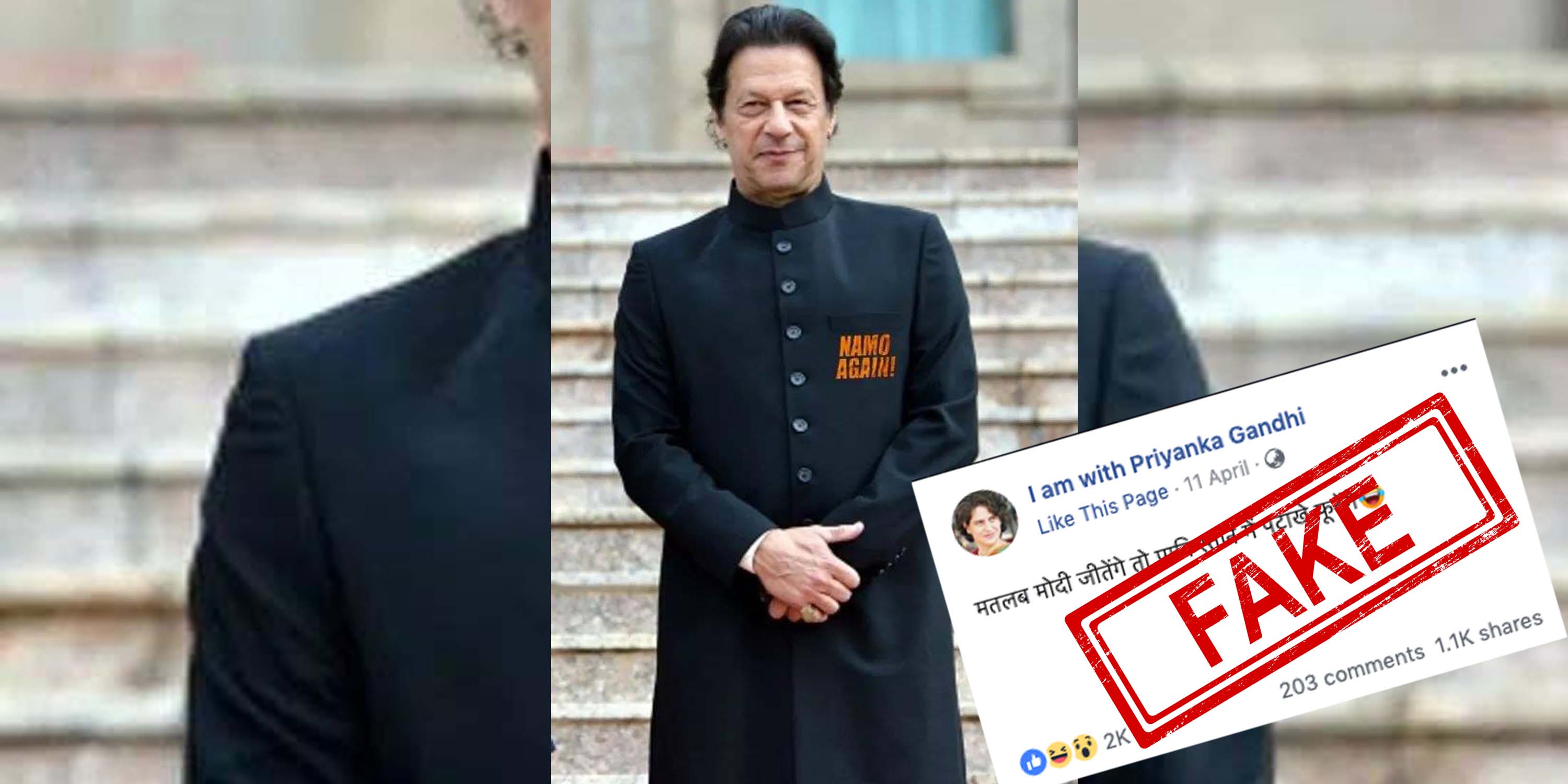 Days after Pakistan Prime Minister Imran Khan said that ‘there may be a better chance of peace talks with India if PM Modi wins the Lok Sabha elections’, a picture of Imran Khan has gone viral on social media in which ‘NaMo Again’ is written on his left pocket.

At the time of filing this report, the above post was already shared by over 1,100 people on Facebook.

Several other users on Facebook shared the same picture.

NewsMobile fact-checkers checked the above post and we found that it is FAKE.

When we had put the picture through Reverse Image Search, we found the original picture in which nothing was written on Imran Khan’s coat. 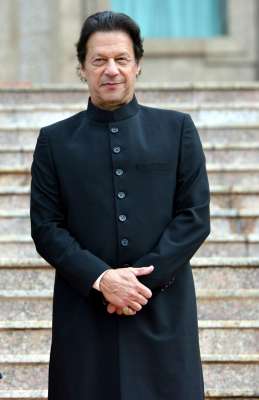 When we further dug to find the origin of the picture, we learnt that it was a cropped picture and the original picture was clicked on November 21, 2018, with Malaysian Prime Minister Mahathir Mohamad during a welcoming ceremony at the prime minister’s office in Putrajaya. 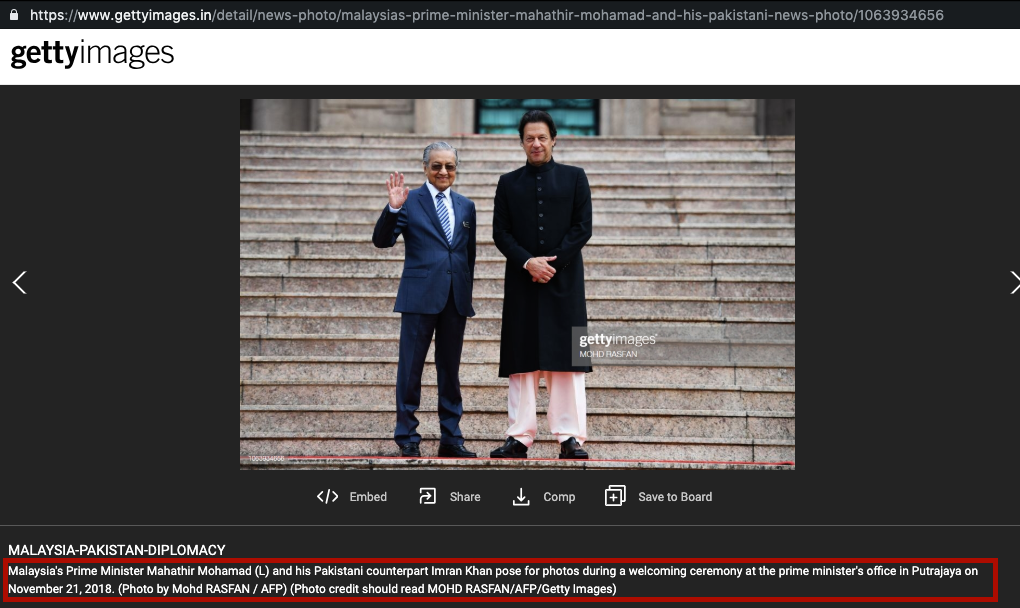 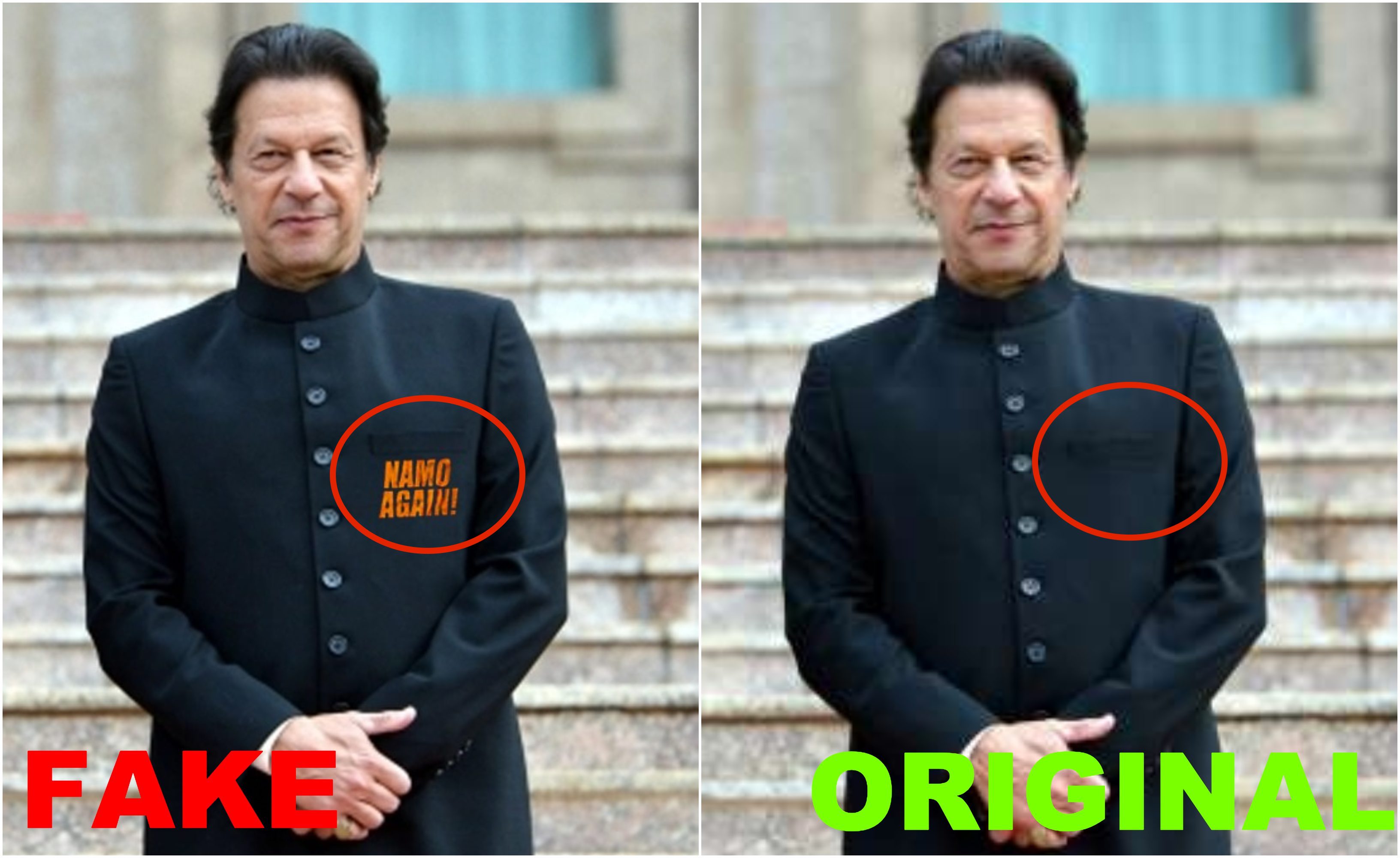 It can be seen in the above comparison collage that ‘NAMO AGAIN’ is superimposed using photoshop software.