New Delhi: The BCCI on Monday announced the squad for the upcoming 2019 World Cup. 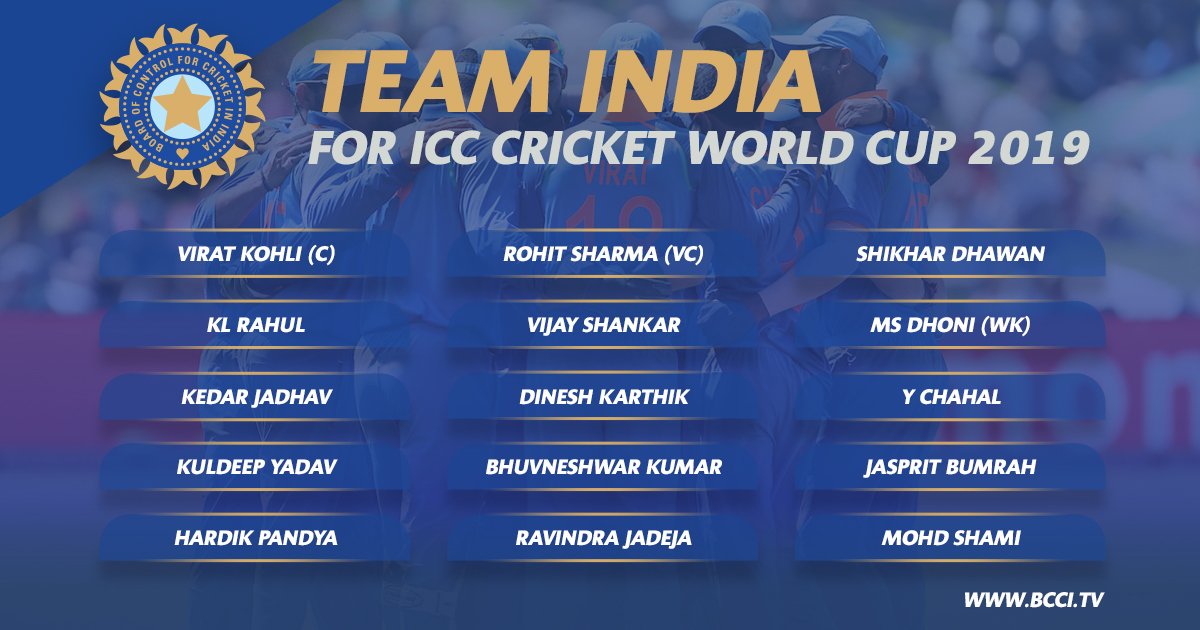