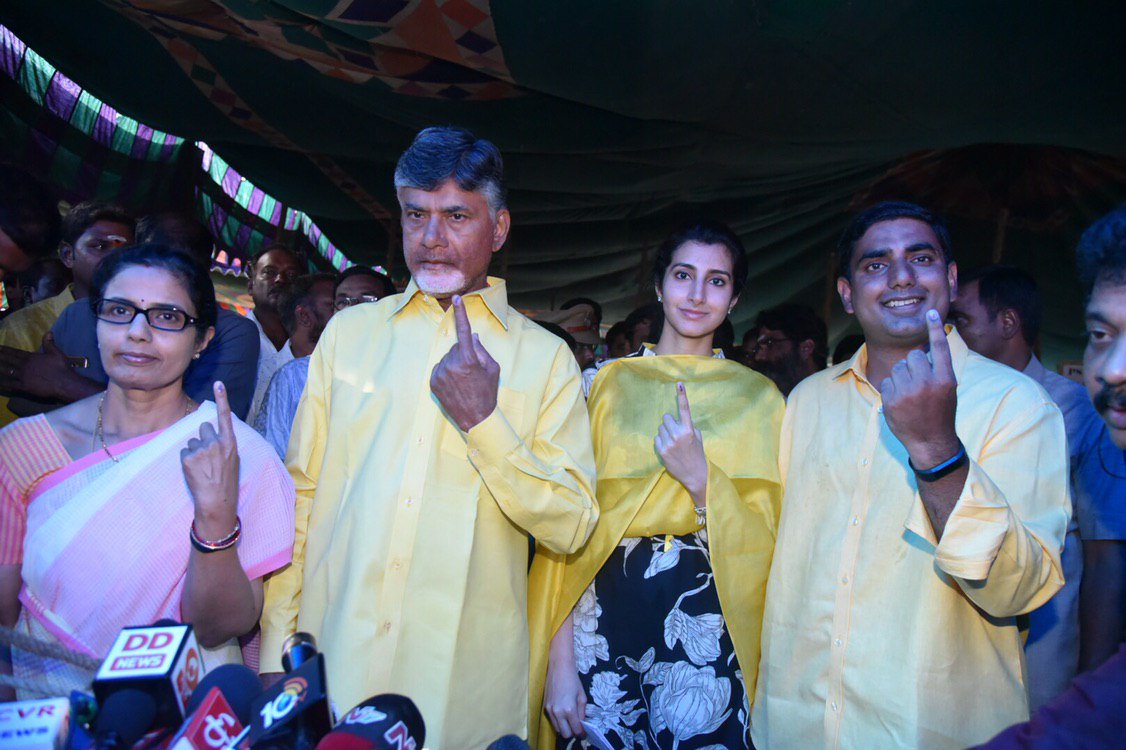 Andhra Pradesh Chief Minister N. Chandrababu Naidu along with his family members cast his vote in Amaravati on Thursday in the ongoing Lok Sabha polls.

.@ncbn cast his vote along with his family members today. Go ahead and exercise your right to ensure a bright future. #IndiaElections2019 pic.twitter.com/cCquUVSP0u

Just a day before polling, on April 10, he held a dharna in front of the Chief Electoral Officer Gopal Krishna Dwivedi’s office at the Andhra Pradesh Secretariat in Amravati to protest the partisan, unilateral and undemocratic action of the Election Commission of India.

Naidu also submitted a memorandum to CEO Dwivedi, accusing the poll watchdog of acting on behalf of the YSR Congress under the guidance of the BJP.

In his letter, Naidu alleged that the EC was targeting TDP at the behest of the YSRCP and the BJP.

“It was a matter of deep concern that country’s apex institution entrusted with the responsibilities of conducting free and fair elections has become subservient to the dictates of the BJP Government which is protecting the YSRCP,” he wrote in his letter.

“The ECI was toeing the line of the BJP-led Union government, and also assisting the political parties which were supported by the BJP,” he alleged.

Both the Lok Sabha and Assembly polls in Andhra Pradesh are underway. The state has 25 parliamentary seats and 175 assembly seats. Results will be announced on May 23.