Vice Admiral Bimal Verma on Monday moved the Armed Forces Tribunal against his supersession and appointment of Vice Admiral Karambir Singh as the next Chief of Indian Navy.

In his petition, the Vice Admiral has challenged the government’s move to ignore seniority and appoint his junior as the next chief of Navy. 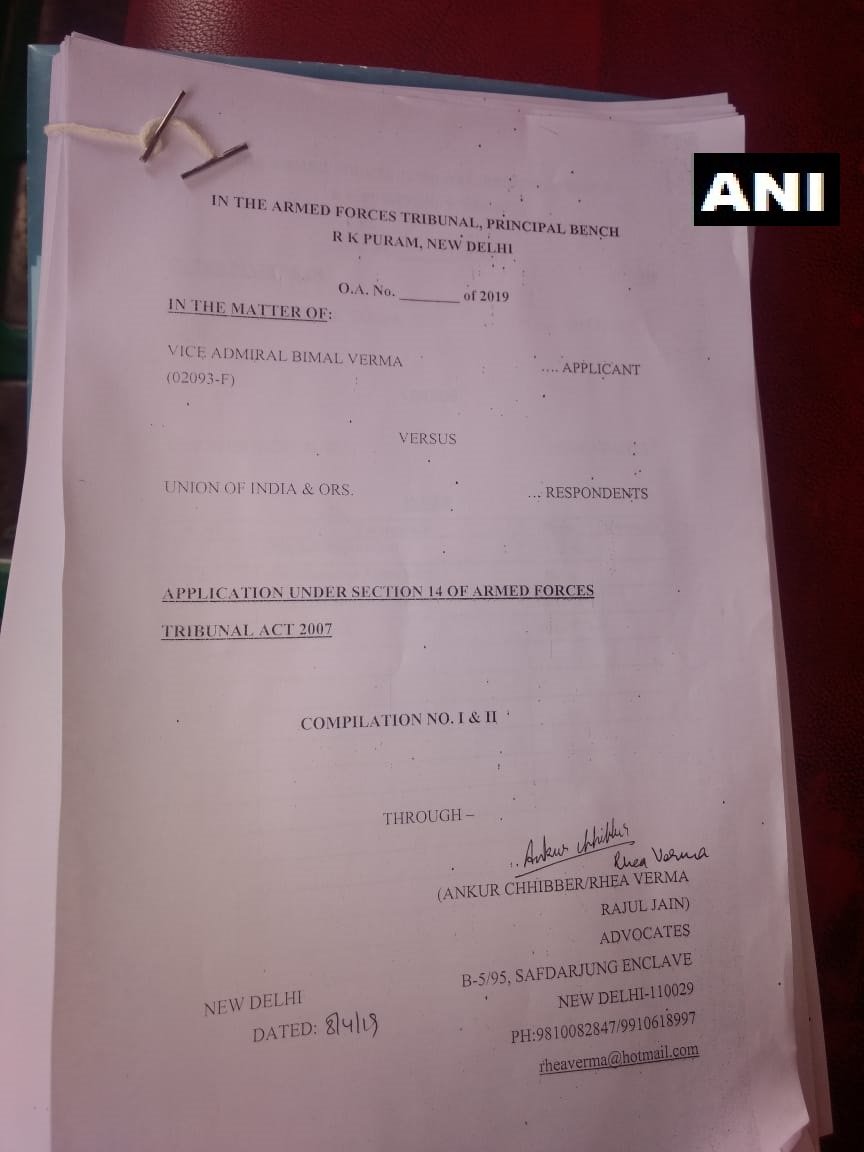 Vice Admiral Karambir Singh will take over as the new Navy Chief after Admiral Sunil Lanba will complete his three-year term on May 31 this year.

Singh will supersede Vice Admiral Bimal Verma, who is the senior most in terms of length of service.

“The Government has appointed Vice Admiral Karanbir Singh, Eastern Naval Commander as the next Chief of Naval Staff in place of Admiral Sunil Lanba who vacates the office on 31 May 2019,” Defence Ministry spokesperson Col Aman Anand earlier said.

This was the second time, including the appointment of General Bipin Rawat as Army Chief in 2016, when the Prime Minister Narendra Modi-led government had not gone by seniority but merit among the senior most officers.

Singh has been heading the Port Blair based Andaman and Nicobar Command for almost three years. He is from 56th course of the National Defence Academy’s Hunter Squadron.

Hailing from Jalandhar in Punjab, he graduated from Barnes School at Deolali in Maharashtra before joining the NDA.

As a helicopter pilot, Singh has flown Chetaks and Kamovs. He commanded four ships at various stages of his career including the ICG Chandbibi (patrol craft of Indian Coast Guard), INS Vijaydurg (missile ship), INS Rana and INS Delhi (destroyers).

He also served as the Vice Chief of Naval Staff at the headquarters in New Delhi before moving to Vishakhapatnam last year as Eastern Naval Commander.