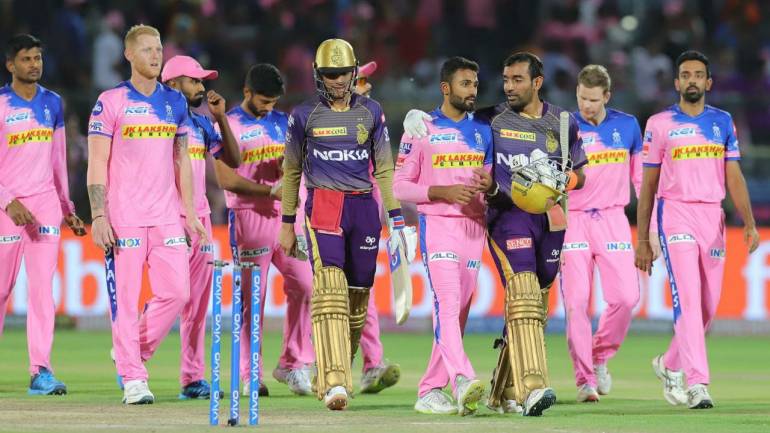 Earlier, put into bat first, Rajasthan managed 139 for 3 in 20 overs with the help of Steve Smith unbeaten 73 and Jos Buttler 37 runs.

KKR openers Chris Lynn and Sunil Narine got their team to a flying start. Such was their attacking intent that Kolkata were already 65/0 after the end of first six overs.

Shreyas Gopal bowling the 9th over did the trick for RR as he stopped Nairne three runs short of a fifty.

Narine going for a big shot edged the ball to Steve Smith standing at first slip. KKR were 91/1 where Narine was dismissed.  The wicket did not disrupt KKR’s momentum as the team crossed 100 before 10th over was completed.

Lynn completed his fifty in the 11th over as he worked a delivery from Gopal for a single.

In another encounter, Royal Challengers Bangalore suffered their 6th straight defeat as Delhi Capitals won the match by four wickets in Bengaluru.