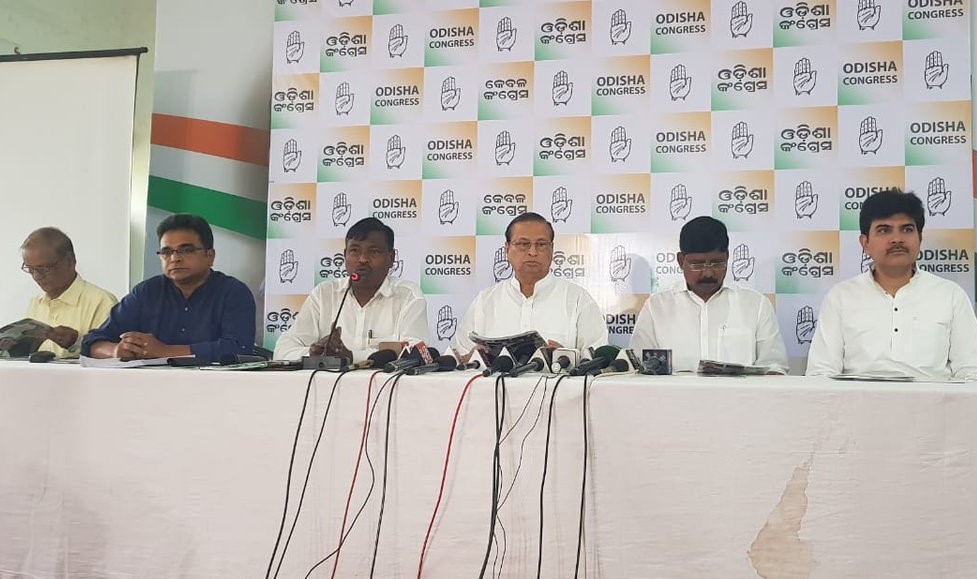 The Congress party on Sunday released its manifesto for the upcoming assembly polls making a slew of promises, including waiver of crop loans up to Rs 2 lakh per family and 33 per cent reservation for women in government jobs, parliament and assembly.

With a focus on farmers, youth, women, tribals and Dalits, the 32-page document titled ‘Your Voice Your Choice’ also promised to give Rs 72,000 each to five crore poor families under the ‘NYAY’ scheme as announced by the AICC.

“After months of hard work, consultations and conversations all across Odisha, @INCOdisha proudly presents its Manifesto to the people of Odisha. Here are the 19 key promises for 2019,” tweeted Niranjan Patnaik, president of Odisha Congress Committee with the hashtag ‘Ab Hoga NYAY’.

After months of hard work, consultations and conversations all across Odisha, @INCOdisha proudly presents its Manifesto to the people of Odisha. Here are the 19 key promises for 2019. #AbHogaNYAY #OdishaCongressManifesto pic.twitter.com/xEf8pguq5N

Earlier in the day, BJP president Amit Shah released the party’s manifesto for the state.
The Congress’s manifesto promises concrete steps to address issues such as unemployment, farm distress, safety and empowerment of women besides uplift of tribals and Dalits.

Announcing a minimun support price of Rs 2,600 per quintal for paddy, the manifesto said every farming family will get special financial assistance of Rs 10,000 annually for the next three years. The Congress also promised to raise an incubation fund or Rs 1 crore in each block to support women entrepreneurs.

The eastern state will witness a triangular contest among the ruling BJD, the BJP, and Congress.

The Odisha Legislative Assembly comprises of 147 seats and the next state assembly election along with the Lok Sabha election will be held in four phases – April 11, 18, 23, 29.
The counting of votes will be held on May 23.