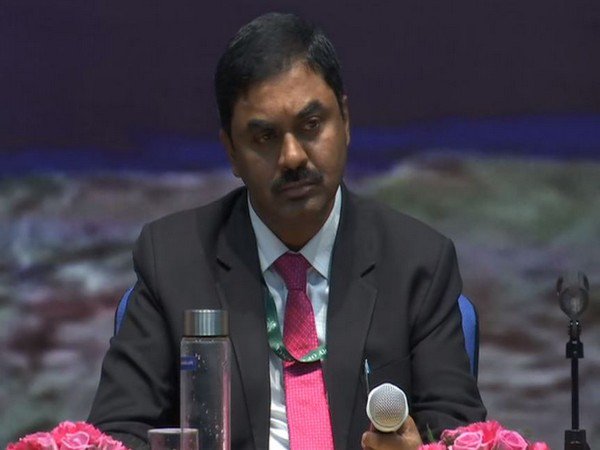 Defence Research and Development Organisation (DRDO) chief G. Satheesh Reddy on Friday allayed the concerns expressed by NASA on debris by India’ Anti-Satellite missile test ‘Mission Shakti’ hitting the International Space Station stating that debris produced as a result of the test will decay within 45 days.

“Firstly, the Mission has been designed to see that debris decays very fast and it has been designed in a manner that minimal debris goes up,” he said at a program organised here to give more information about the Anti-Satellite test.

“NASA chief administrator said that there is a risk for 10 days and we have already crossed the 10 days since Mission Shakti. Some part of the debris has decayed already. All the debris will decay within 45 days (from the date of the test),” Reddy added.

India’s recent test of anti-satellite (A-SAT) missile has been termed as “a terrible, terrible thing” by NASA chief Jim Bridenstine, who said that it is estimated that the risk to the ISS has increased by 44 per cent over the last ten days. It also said that the missile that shot down the satellite reportedly created at least 400 pieces of orbital debris, including 60 larger than 6-inch in size.

The DRDO chief also said that the interceptor missile used in “Mission Shakti” has a range of more than 1000km but the interception was deliberately done at a range of 283km to ensure the safety of space assets.

“Even though the interceptor has the capability to intercept at the altitudes of more than 1000km, it has been very specifically designed to have an interception below 300 km to ensure the safety of space assets and also that debris there decays very fast,” he said.

Elaborating further about the A-Sat test conducted on March 27, he said, “The interceptor that has been used for this purpose is a three stage vehicle with two stages of solid propellant and then a kill vehicle. The challenge in the mission is the hit to kill mechanism which has to be very very good. Second, for lower orbit satellite, the closing in velocity and relative velocity is very high, more than 10km per second.”

Reddy further said, “The complete mission what we have defined is automatic and without human intervention anywhere because the precision with which you have to launch are very high and so the launch computer takes care of it.”

The DRDO chief also said that there is no need of conducting any further test in this orbit (of the target satellite).

When asked about the need for a space command and serial production of the A-Sat, he said, “It is for the government to take a decision.”

Reacting to former Union Minister P Chidambaram’s statement where he said that such capabilities need to be kept secret, he said, “A mission of this nature after the test is conducted cannot be kept secret technically.”

He further added, “Look at the nations who have conducted such test, USA, China, they all are coming into public view because the satellite is tracked by many stations across the world.”

Speaking about the importance of the mission, the DRDO chief said, “The DRDO has shown the capability of a complex mission. We have demonstrated that.” He also asserted that the best way of defence is to have deterrence.

Asked if the missile has been in the making for some time now, he said, “Some of the basic technologies were being developed. As we explained, in 2014 the discussions on this started and in 2016, a presentation was given to the highest office.”

An audio-visual played during the event said that the seeds of the “A-Sat test” were sown in 2014 when Prime Minister Narendra Modi asked the DRDO to work on critical technologies and the final go-ahead was given in 2016.

Speaking about the reports of a failed test in February this year before the actual test, Reddy said, “DRDO has been regularly conducting some tests with electronic targets. We have conducted the test on 12th February against an electronic target which has given a lot of information for us with many applications.”

He informed that amongst the scores of scientists involved in the project, around 35-40 of them were women while also asserting that around 2000 systems and sub-components of the mission were developed by 50 industries around the country.

Refusing to reveal much about the space-based capabilities that India is developing, the DRDO chief said that Directed Energy Weapons (DEW) and electromagnetic pulse can be used on “several other applications” and DRDO is working on them.

Speaking on the occasion, Deputy National Security Adviser Pankaj Saran said that India was actively engaged in all relevant international negotiations about the outer space.

Asked if India has informed USA or other nations about the test, Saran admitted that India was “in touch” with other space powers.

“We have active cooperation with many international space powers. We were in touch with them because this is in the spirit of our cooperation,” Saran said without naming the countries.

“If you are talking of the US, we have a response from four-five US agencies. Statement by the US state department is the US official position. NASA has conveyed to us that they are continuing with us in space cooperation,” the Deputy NSA said.

On March 27, India conducted its first successfull test of an Anti-Satellite missile becoming the fourth country in the world after Russia, USA and China to posses this technology.