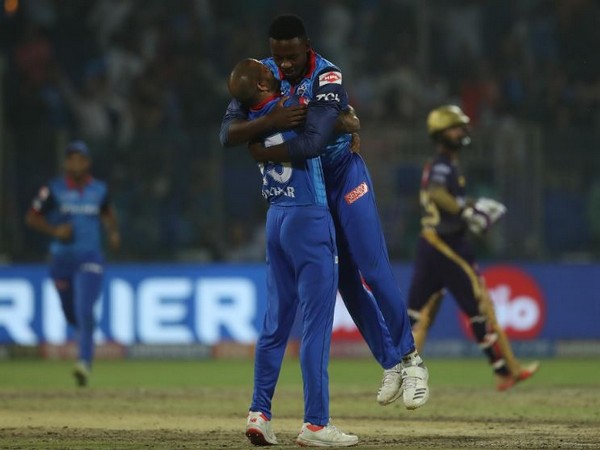 Paceman Kagiso Rabada defended 10 runs in the Super Over to steer Delhi Capitals to a thrilling victory over Kolkata Knight Riders after the home side made heavy weather of a run chase on Saturday.

Chasing 186 to win, Delhi Capitals were set up nicely by Prithvi Shaw’s 99 off 55 balls but they could not score six runs from the last over, bowled by chinaman Kuldeep Yadav, who held his nerves to give KKR a chance to steal a win.

The Capitals ended their run chase at 185 for 6 in 20 overs, taking the match to Super Over.

The home side managed just 10 runs in the Super Over bowled by paceman Krishna Prasidh but Rabada executed yorkers perfectly to deny KKR. He removed dangerous Andre Russell with a perfectly placed yorker and did not allow other batsmen, including captain Dinesh Karthik, to free their arms.

KKR needed five off the final ball but managed just one.

Shaw missed out on his century by just one run but steered Delhi Capitals to the doorsteps of a win.

Jamaican Russell had endured a beamer blow but still produced a blistering knock of 62 runs from 28 balls to lift KKR to a fighting 185 for eight from 64 for five at one stage after being put into bat.

Chris Gayle and Sanju Samson follow suit with 10 sixes each.

KKR collected 84 runs in the last six overs to have a challenging total on the board.

Lamichhane, who had given only 12 runs in his three overs, ended his quota with an expensive over with skipper Karthik and Russell creaming off 17 runs.