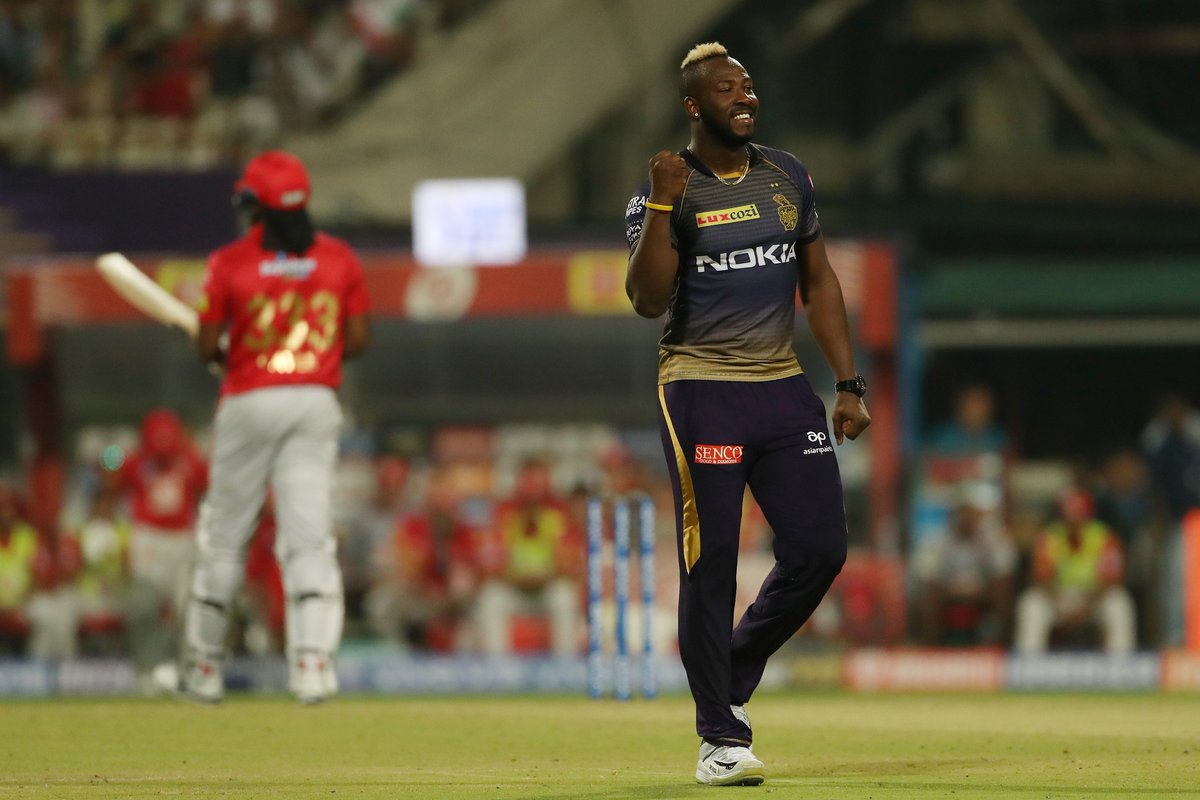 All-rounder Andre Russell helped Kolkata Knight Riders defeat Kings XI Punjab by 28 runs in the 12th edition of the IPL at the Eden Gardens on Wednesday.

Punjab suffered an early hiccup while chasing a mammoth of 219. The Universe Boss Chris Gayle opened his arms to smash two boundaries and as many sixes before he was dismissed off fast bowler Andre Russell for 20.

Mayank Agarwal and David Miller in the middle retrieved Punjab following the loss of Sarfaraz Khan (13). Agarwal and Miller formed a 74-run stand, the only highest stand for Punjab, to help their side towards the victory. But leg-spinner Piyush Chawla denied Punjab’s hopes as he struck Agarwal (58), which proved a turning point.

Miller joined by Mandeep Singh tried to change the fate of their side but were left stranded on 59 and 33 respectively.

Scintillating innings from Nitish Rana and Russell powered Kolkata to post 218 for the loss of four, recording the venue’s highest IPL total along the way after sent in by Punjab.

Sunil Narine (24) gave mystery spinner Varun Chakravarthy one of the worst starts for an IPL debutant as Punjab’s bowler conceded 25 runs, including three sixes and a boundary, in his first over.

Robin Uthappa then blossomed a 110-run partnership with Rana to set up a high-scoring encounter. Rana brought up his quick 28-ball fifty before losing his wicket for 63 off Chakravarthy.

Russell joined Uthappa in the middle added 67 runs together to take Kolkata over the 200-mark. The West Indies all-rounder, who was bowled out off fast bowler Mohammed Shami, was given a lifeline as it was a no-ball for only three fielders were inside the circle. It was captain Ravichandran Ashwin’s mistake for there need to be at least four fielders.

This helped Russell to inch closer to his half-century but the batsman was dismissed off Andrew Tye for 48. Uthappa finished off the innings for Kolkata with a classic boundary.

Kolkata will play Delhi at the Feroz Shah Kotla, while Punjab will meet Mumbai Indians at Mohali on March 30.