Home Cityscape 35 year old dies after car flips thrice due to a pothole... 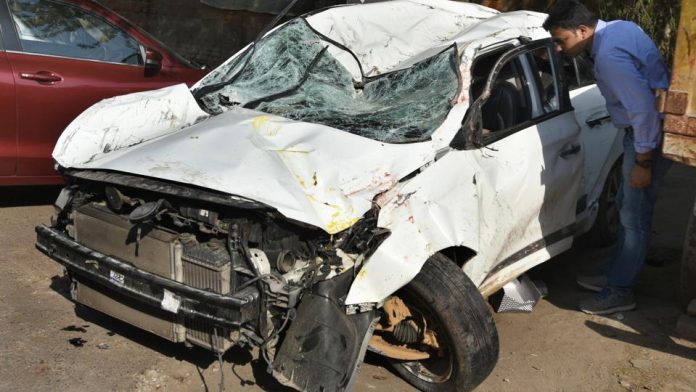 A 35-year-old man was killed in a car accident when his car hit a pothole in Sector 58 area of Gurugram and flipped over thrice and hit a divider as per reports.

The accident took place on Saturday evening and two other people in the car sustained injuries in the accident.

The police reported that the driver had lost control of the car and his vehicle crashed into a divider.

“The car flipped at least thrice and landed on the road connecting Kadarpur and Golf Course Extension,” said Narender, assistant sub-inspector, who is the investigating officer in the case.

Aarti Pajan, a resident of Nirvana Country said, “The infrastructure and roads of Gurugram and the posh areas are in terrible conditions. There is mostly traffic jam in the area or you are always at a risk due to potholes and the poor condition of roads.”

The car hit a meter-long pothole and the driver lost control and hit the divider on his right side. “Though Dharmender was rushed to a nearby private hospital, he died within half an hour,” the official said.