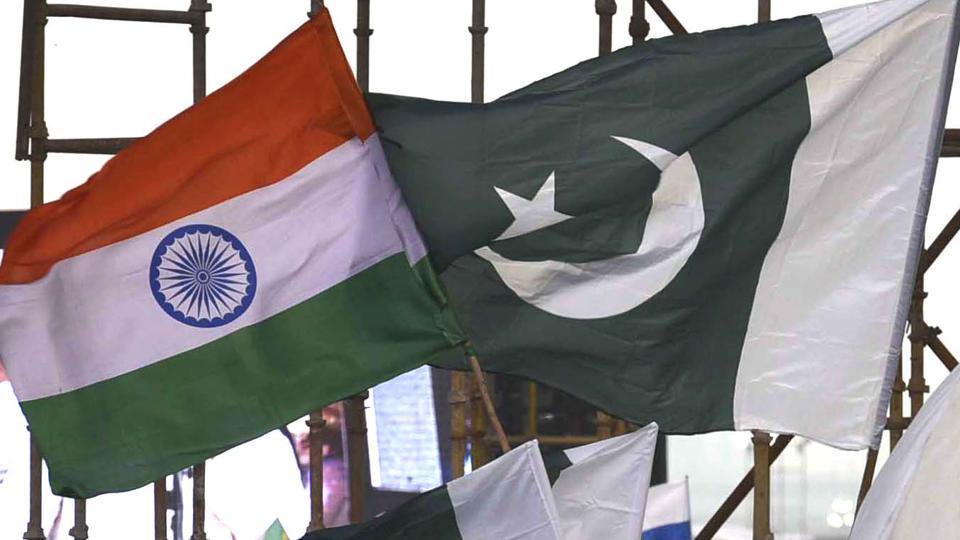 India on Sunday shared its concerns through an official note to Pakistan Foreign office over the abduction and forced conversion of two Hindu girls to Islam, said sources.

India has also asked that suitable remedial action is taken by the Pakistan government to protect and promote safety, security, and welfare of its own citizens, especially from the minority communities.

Express Tribune quoted the Hindu community leaders from Daharki taluka of Ghotki district in Sindh, who claimed that the two underage girls, belonging to the scheduled caste community, were abducted by the people from Kohbar and Malik tribes on March 21.

The brother of the two girls, aged 13 and 15 years old, further alleged that his sisters were “forcibly arrested” and ‘converted to Islam’ before being subjected to underage marriages.

Meanwhile, the two girls on Sunday approached a court in Bahawalpur seeking protection. The incident came to light after the girls’ father and brother revealed the details in videos that went viral on social media.

In a separate video, however, the girls can be seen saying that they accepted Islam out of their own free will. The police, under suspicion, has arrested a man from Khanpur who is believed to have assisted in the underage marriages of the two girls.

Pakistan Human rights activists have claimed that this is another case of forced conversion and abduction, which are becoming increasingly common in the southern region of Sindh.

The case of two Hindu girls from Sindh is one of many cases of forced conversion and marriage of underage Hindu girls to Muslim men, which are repeated in villages of districts of Mirpurkhas, Tharparkar and Umerkot in Sindh (close to Indian border) from time to time, many of which go unreported. These three districts Mirpurkhas (33 pc Hindus), Tharparkar (36 pc Hindus) and Umerkot (49 pc Hindus) contribute to the significant Hindu community in Sindh.

In January 2019, Anusha Kumari, a 16-year old Hindu girl, was abducted and forcefully married to a Muslim man. The High Commission has taken up this case with Pakistan.

On June 07, 2017, 16-year-old Ravita Meghwar, an underage Hindu girl, was forcefully converted and married to a Muslim man. Ravita Meghwar’s parents claimed that their daughter was abducted by men from influential Syed community in Tharparkar district and forcibly converted by Pir Ayub Jan at the Sarhandi shrine in Samaro and married off to one of her kidnappers Nawaz Ali Shah.

Another case of forced conversion of a Hindu minority teacher was of Arti Kumari in Sindh in September 2017. Another minor Sikh girl Priya Kaur, 17, was kidnapped and married on April 28-29, 2017, to one Wajid Ali in Buner district of KP and was forced to embrace Islam.

The government of India has taken up cases of intimidation of Sikhs, Hindus, as also the desecration of their places of worship, with the Pakistan government in February 2019, June 2018 and December 2017.

A 2014 report from the Movement for Solidarity and Peace estimated that nearly 1,000 non-Muslim girls are forcibly converted to Islam in Pakistan every year. The report found that forced marriages usually follow a similar pattern: girls between the ages of 12 and 25 are abducted, made to convert to Islam, and then married to the abductor or an associate.

Normally, no cognizance is taken of such complaints. Even if a complaint is registered, during the conclusion of the case, abducted girls remain in custody of the abductors and suffer all kinds of abuse and violence. Such cases rarely end in the girls going back to their real families.

According to Pakistan media reports, Sarhandi shrine in Samaro in Umerkot and Barchundi Sharif in Mirpurkhas are active in religious conversions of Hindus and claimed to have converted thousands of Hindu girls and young women to Islam, mostly those belonging to Scheduled Castes-Bheel, Meghwar, Bhaagri and Kohli.

Pir Waliullah Sarhandi at the Sarhandi shrine said, “When a young girl is brought before a qazi for conversion to Islam, the qazi must comply immediately, else he becomes kafir.”

The northern and central Sindh is mostly home to upper caste Hindu business families, and most of them have now shifted to Karachi. These rich Hindu families experience fewer cases of forced conversions of their daughters, mostly for ransom or property or to drive out them from the particular area.

However, in the southern Sindh (Mirpurkhas, Umerkot , nd Tharparkar) the Hindus are of low castes and are agro-based bonded labour who do not have any access to education, health, and basic amenities and are called ‘Haris’ working on the landholdings of Muslim Zamindaars. The daughters and women of ‘Haris’ are easy prey for the Muslim Zamindaars.

According to Pakistan social activists, at least 25 conversions of young Hindu girls and women take place every month in Kunri and Samaro Talukas of Umerkot. After the conversion, the girls, in most cases, are never again seen by their families.

Before the conversion, the girls are kept 15-20 days in captivity where they are raped and intimidated not to go back to their families and the Maulvies convert them to Islam. The girls also due to social stigma and pregnancy choose the lesser evil of living with the kidnapper.

In most of the cases, the kidnappers are old Zamindaars who are looking for young consorts and domestic help. These girls and their children are never accepted by these Zamindaar families and they are given separate accommodation. According to local Hindus, only the wealthy Muslim Zamindaars prey on their young girls and women.

With the increase in the activities of various madrassas of different Islamic denominations and Muslim charity organisations in Tharparkar, Umerkot and Mirpurkhas, other than the forced conversion of underage Hindu girls and women, active efforts are being made to convert Hindu families by offering them material inducement such as ration, livestock, and housing. In recent times, the issue of forced conversion has become a burning issue in the region.