In a major setback for the BJP in Tripura, the party’s Vice-President Subal Bhowmik has announced that he is quitting the saffron party to join Congress again. 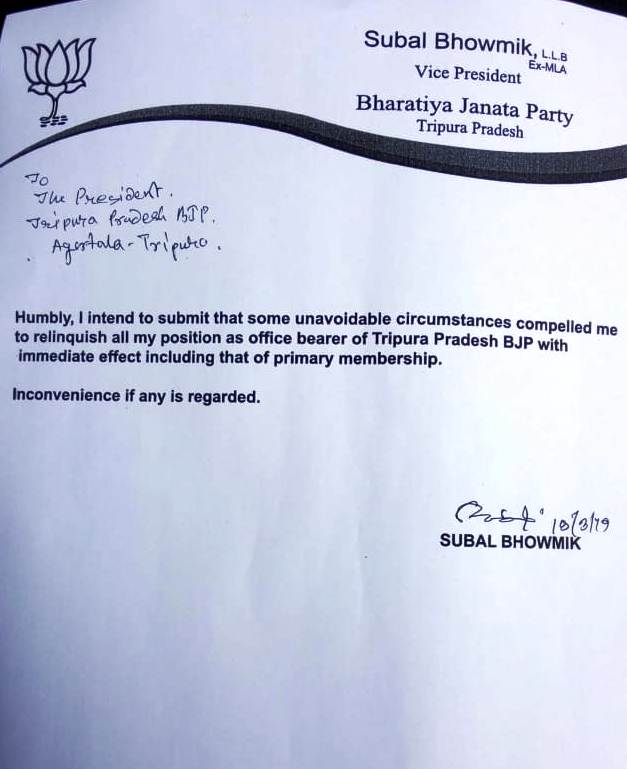 The other two are former Minister Prakash Das and firebrand leader Debashish Sen.

I am joining the Congress today. Rahul Ji is visiting tomorrow and I shall attend his programme, Bhowmik announced ahead of Congress president Rahul Gandhi’s election rally at Khumulwng on Wednesday.

Originally a Congress lawmaker, Bhowmik had left the party to join BJP in 2014. ahead The former Congress MLA from Sonamura had played a key role in BJP’s rise to power in Tripura. Sources say Bhowmik could be the Congress candidate from Tripura (West) constituency.