A post is being shared on Facebook which claims the two RSS workers were arrested with 1000 Kg of explosive in West Bengal.

According to the post, the arrested RSS members were planning a big attack.

When NewsMobile Fact Checked this claim, we found it to be false.

We could not find any news report that could verify this claim. Moreover, When we put the image on Google reverse search, we found out that the image is Hindustan Times photo of the RSS workers participating in Shastra puja.

The picture was also used HT on Sep 16, 2017. The caption read – “RSS workers take part in a Shastra puja. A similar event will be held on Bijoya Dasami in West Bengal.(HT File Photo)” 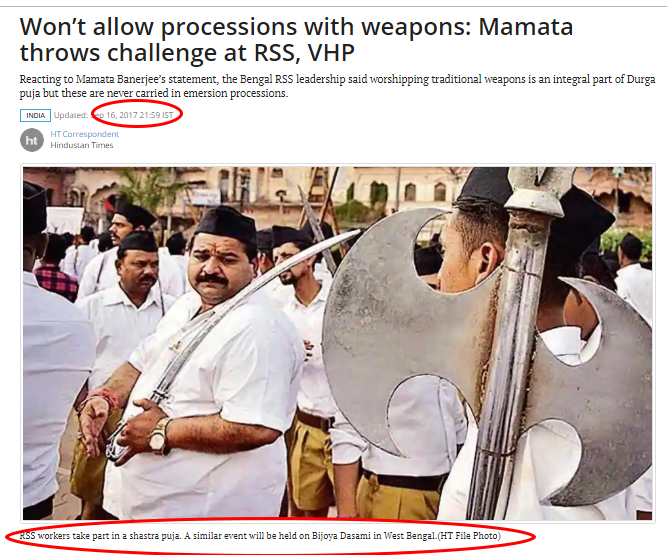 However, recently, weapons, including swords, and chemicals that were allegedly used to manufacture crude bombs were allegedly seized from an office of the Rashtriya Swayamsevak Sangh (RSS) in Nedumangad on Wednesday, the Hindu reported.

This proves that the news is not true and misleading and should not be shared.