The land of cheese, windmills and canals is incomplete without its myriad range of flowers. Holland, also known as Netherlands, is back with its beautiful colourful tulips and a visit is a must!

As the country gets ready to transform itself into a vast sea of flowers from mid-March to mid-May, it is the perfect time to plan a trip to the European country. 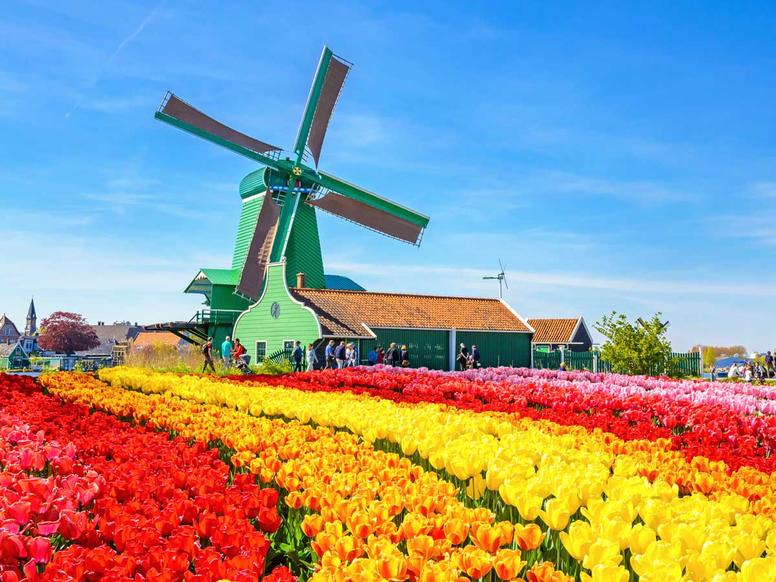 The season starts with the crocus season in March, which is followed by daffodils and hyacinths. It is only by mid-April that the tulips show their spectacular colours. This lasts till the first week of May.

Like a large bed spread with colourful patterns on it, Holland becomes a sight to behold. Every inch of the country is adorned with bright spreads and the best way to get a feel is to be in the countryside.

Most tulip farms in Holland are located in the Noordoostpolder in the province of Flevoland. The flower bulb fields are mostly along the coast of The Hague and Leiden  and go up to Alkmaar in the north. The Keukenhof, the world’s biggest flower exhibition, is a 30 minutes’ drive from Amsterdam.
More than 7 million flower bulbs bloom in spring at the Keukenhof itself and it is a favorite with tourists from around the world. 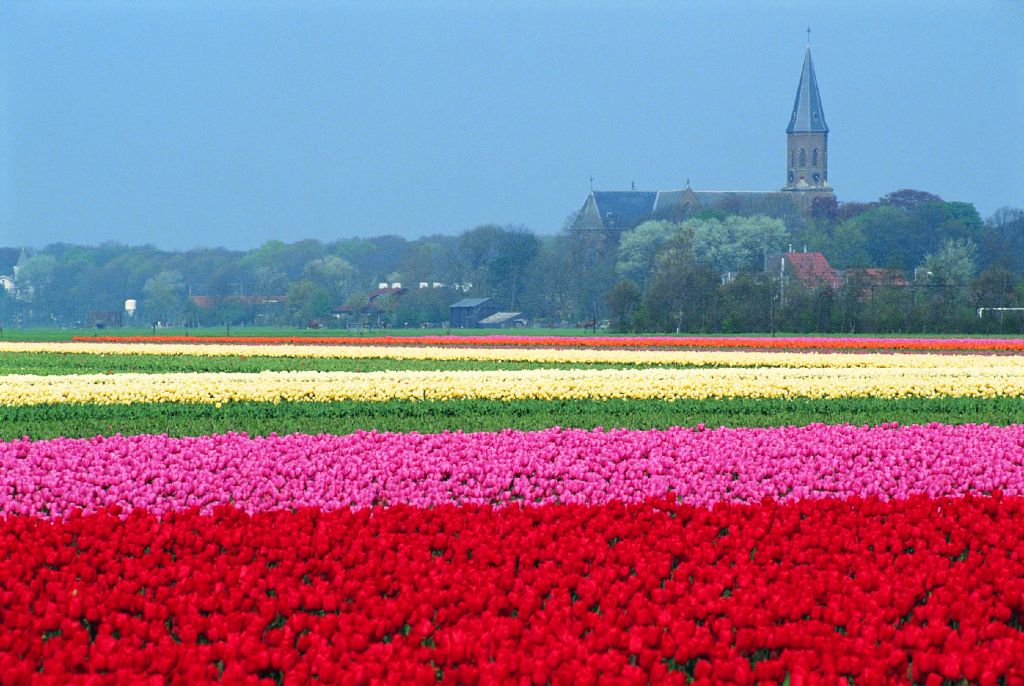 The annual Tulip Festival in Amsterdam, held throughout the month of April, is the main attraction for tourists. The goal of the festival is to have one tulip for every Amsterdammer. That is a whopping 800,000 tulips in the city alone! 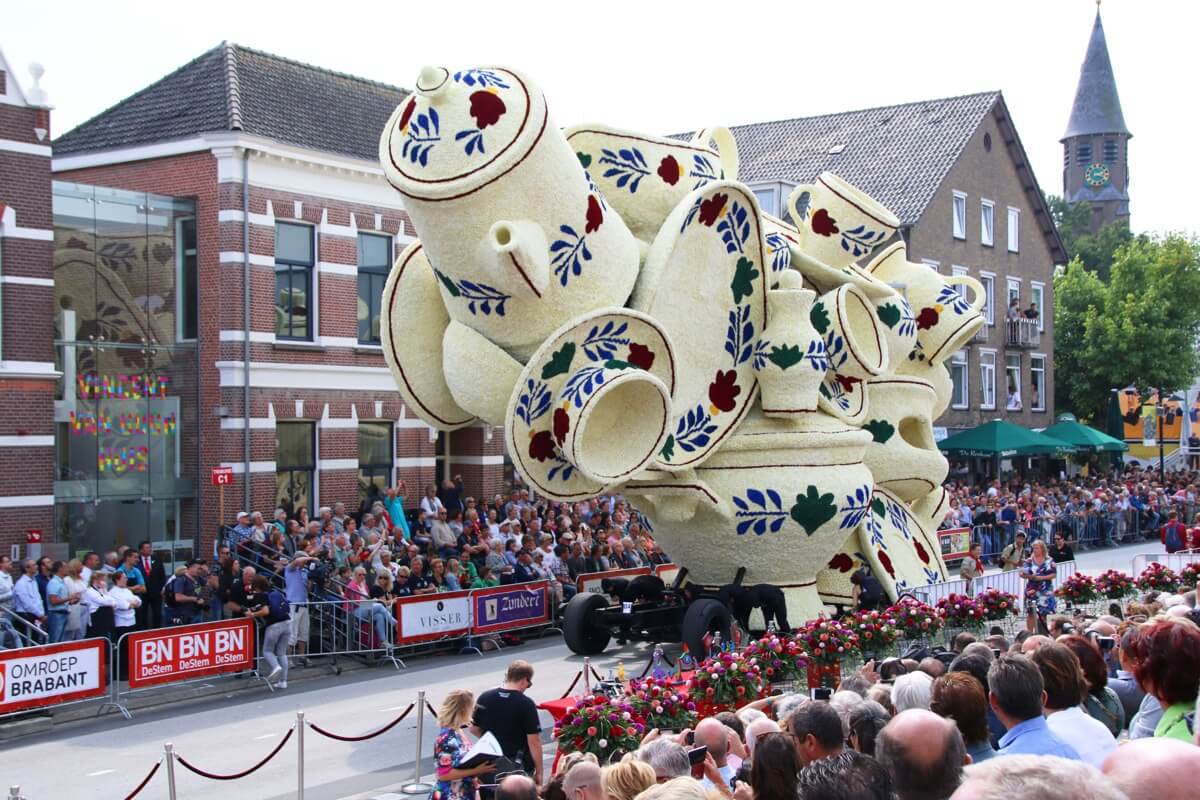 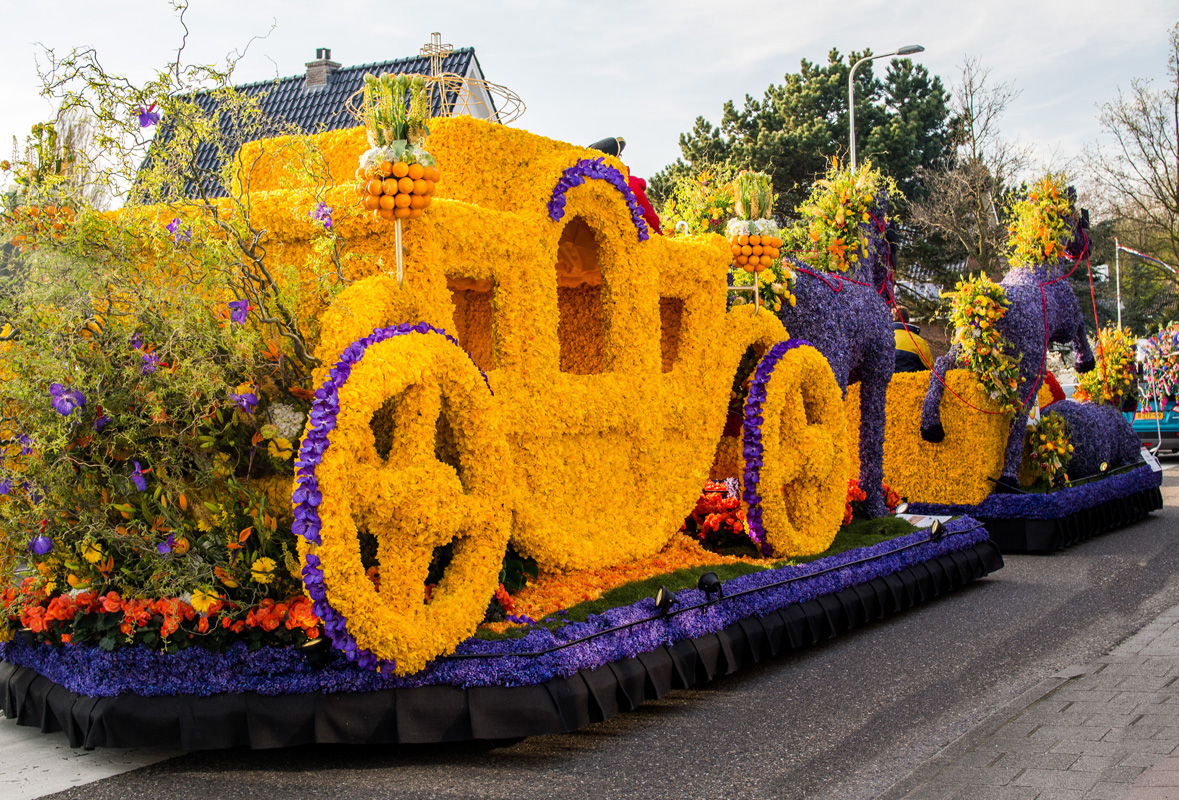 The famous Flower Strip – Also known as Bollenstreek, it is a spectacular 20-kilometre display of blossoming crocuses, daffodils, hyacinths and the famous tulips. The areas start from Haarlem to Leiden and comes alive late March.

Museum de Zwarte Tulp – Since the 16th century, Dutch artists and collectors have captured the beauty and enigma of tulips in art. This museum is located in Lisse and has a marvelous display of tulip artwork, botanical illustrations, flower bulb glasses and the history of tulips.

Amsterdam’s flower markets – The floating flower market on Singel, Bloemenmarkt, is a vibrant buzzing area full of locals and flowers. 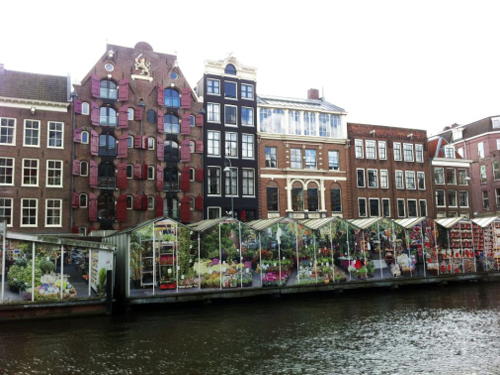 Amsterdam Tulip Museum – Another historical museum that traces the past of tulips.It is located in the Jordaan district of Amsterdam.

Flower powered parade – This is the highlight. Watch the parade of flowers at Bloemencorso Bollenstreek with a display of expertly crafted tulips, hyacinths and daffodils.
Along with it immerse in the lively musical acts to truly make it a celebration. 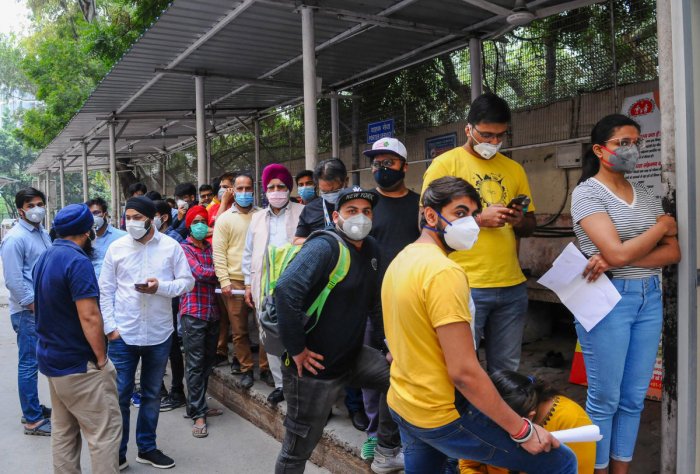