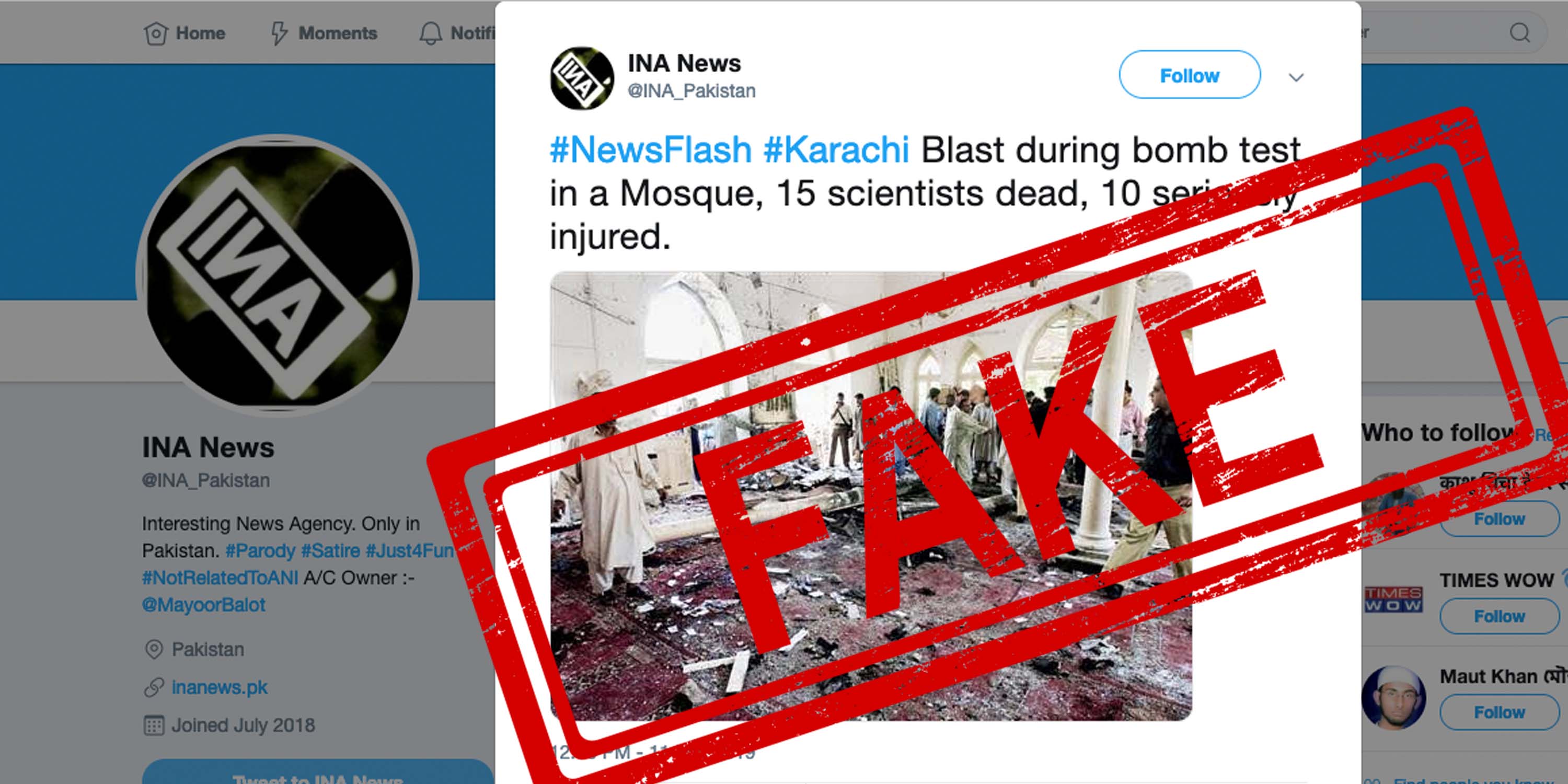 A tweet has gone viral on Twitter and its screenshot was widely shared on Facebook that reported a blast in a mosque while a bomb was being tested leaving 15 scientists dead.

At the time of filing this report, the tweet was retweeted by over 2,400 people. The screenshot was shared on Facebook as well.

ALSO READ: Fact Checked: Did Priyanka say that she does not want Indians…

When NewsMobile came across the viral tweet we fact-checked it and found that there was no such incident reported in Karachi. There are no reports of any bomb blast in local news. 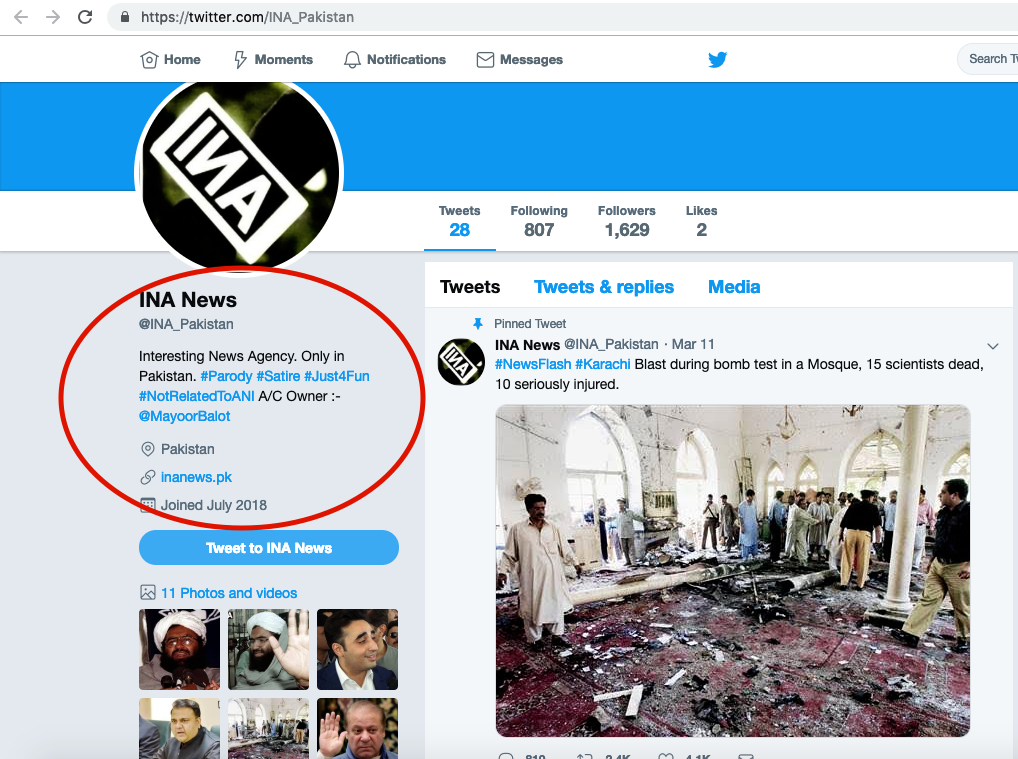 ALSO READ: NO! This man did not get plastic surgery to date his ex-girlfriend;…

As marked in the above picture, its bio read: “Interesting News Agency. Only in Pakistan. #Parody #Satire #Just4Fun #NotRelatedToANI.” 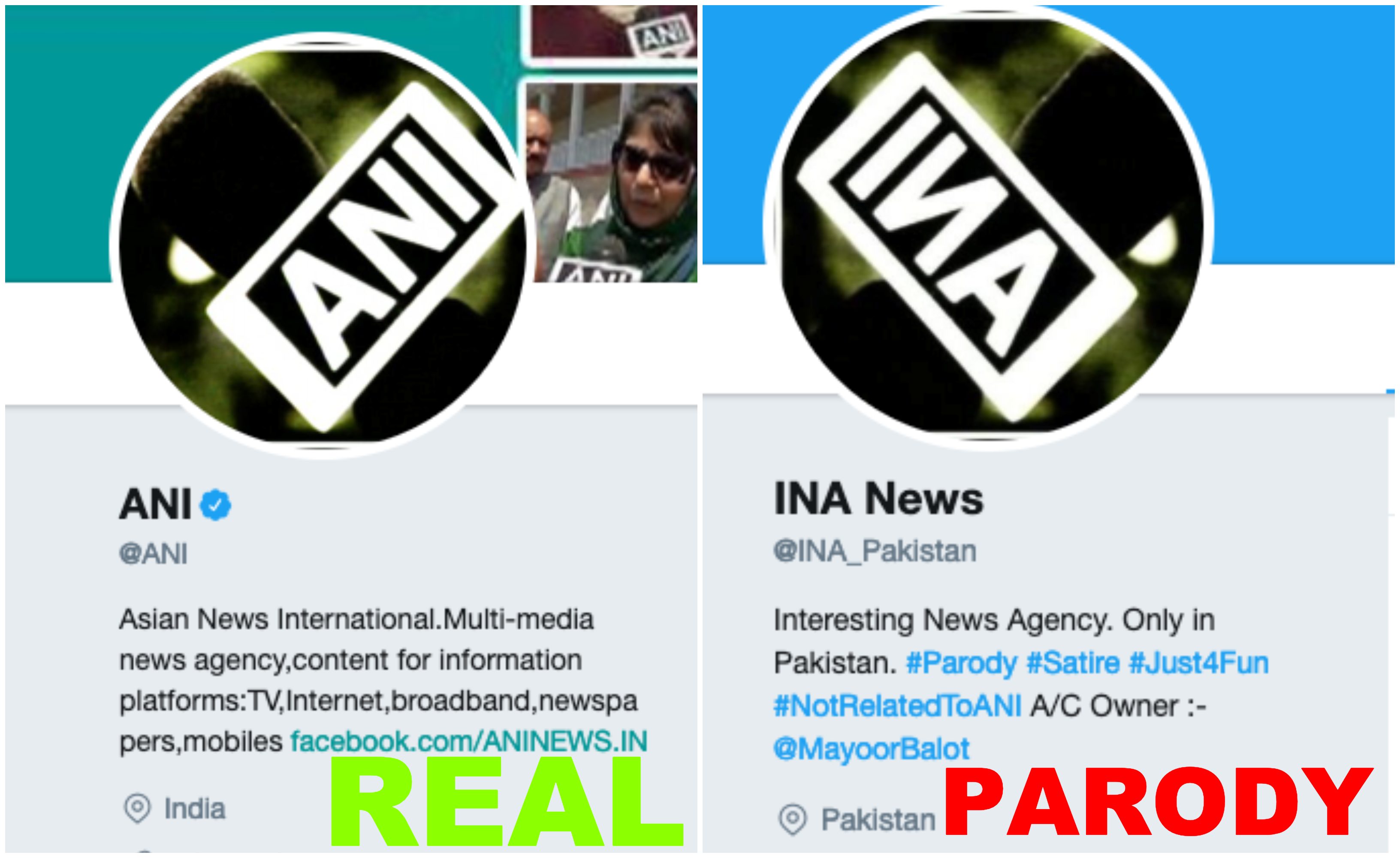 Coming to the picture used in the tweet, when we put the image through the Reverse Image Search, we found that it was Getty Image from a bombing incident at Karachi’s Shiite Muslim mosque which took place on May 7th, 2004. 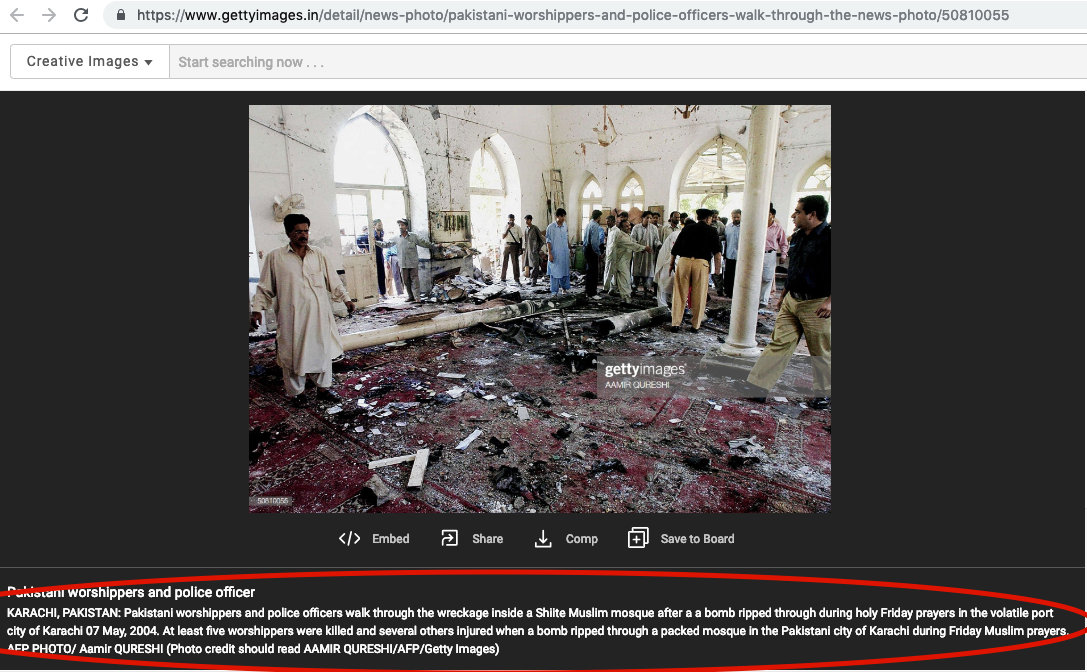 Hence, the information in the viral tweet is not real.