Home NM FACT CHECKER Fact Checked: This man did NOT fake being deaf and dumb for... 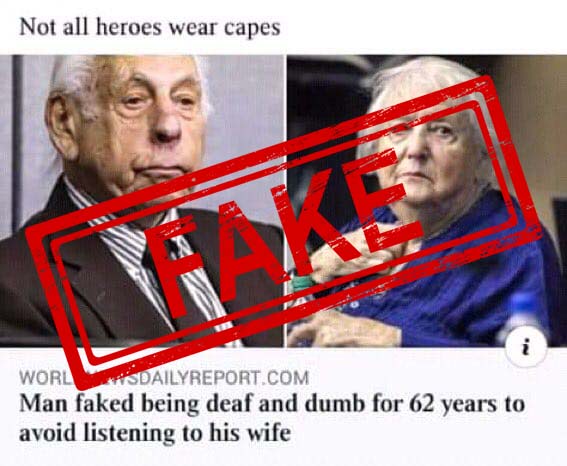 A picture post is making round on social media which is a screenshot of an article. The headline reads: Man faked being deaf and dumb for 62 years to avoid listening to his wife.

When NewsMobile came across the above posts and articles, we fact-checked the authenticity of the viral claim.

To begin, we visited the link mentioned in one of the screenshots shared on Facebook: 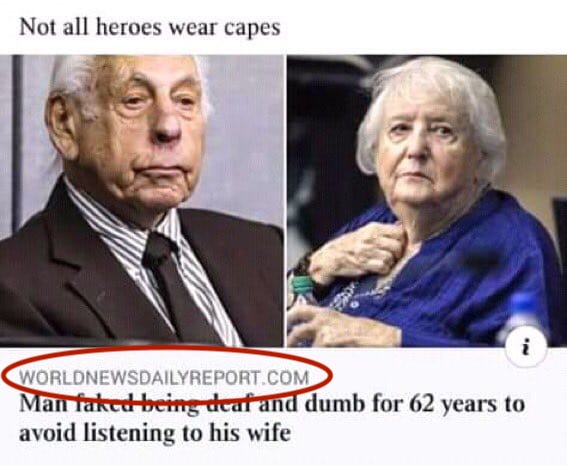 The link opened to a full detailed story according to which a man was getting divorced after his wife found out that he was not actually deaf and had been faking it for more than 62 years to avoid having to listen to her. 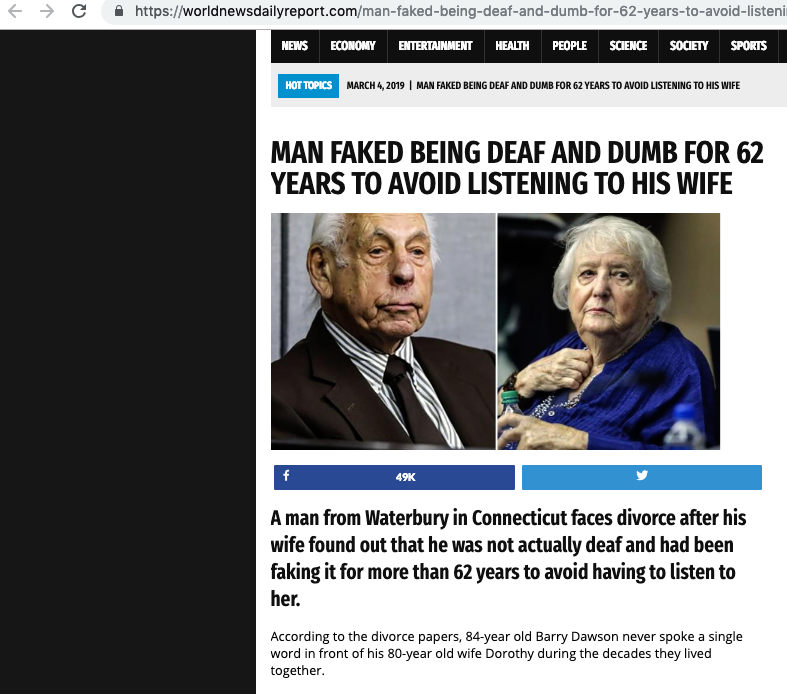 This looked like a genuine news report, but when we scrolled down we found the DISCLAIMER which read that the above article was a piece of satire. 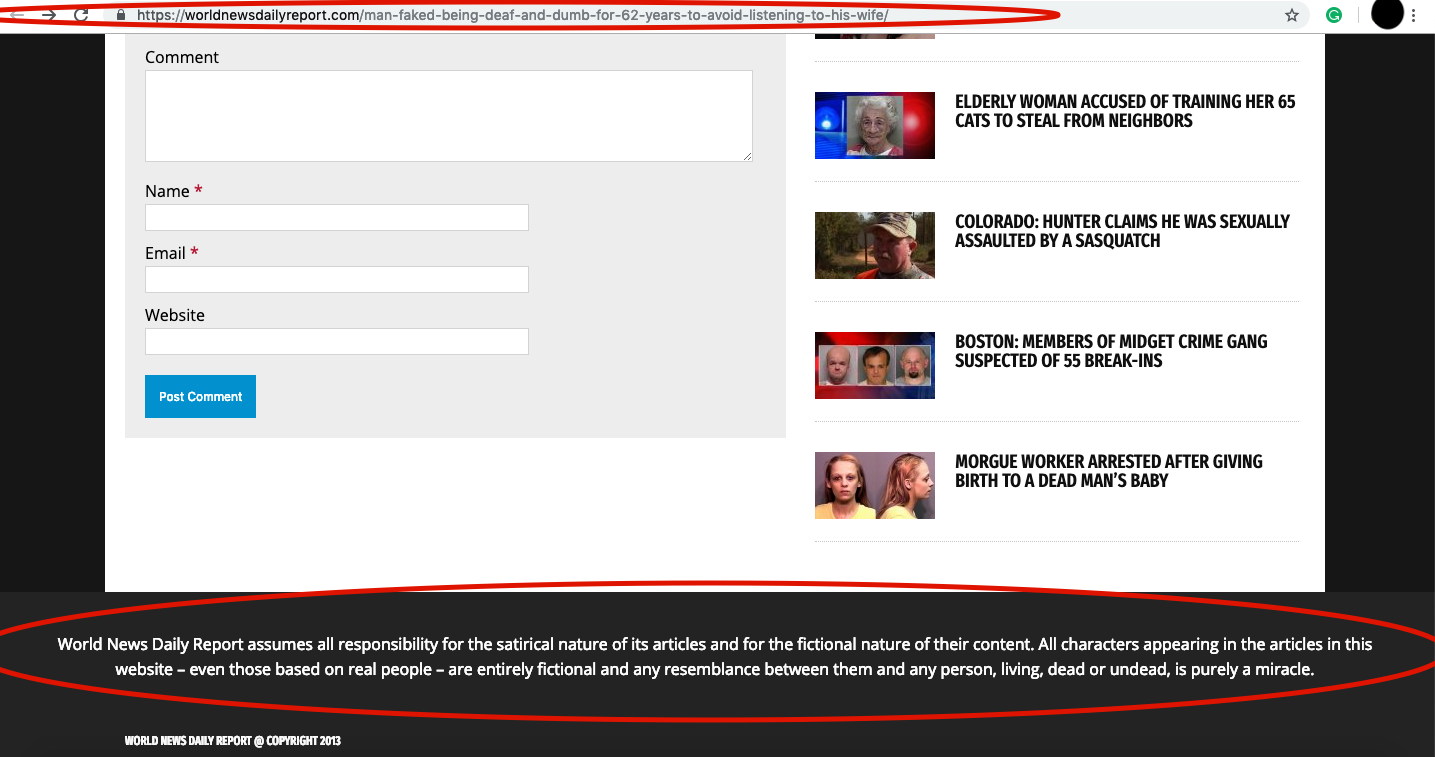 The DISCLAIMER Read: “World News Daily Report assumes all responsibility for the satirical nature of its articles and for the fictional nature of their content. All characters appearing in the articles in this website – even those based on real people – are entirely fictional and any resemblance between them and any person, living, dead or undead, is purely a miracle.”

Hence, the claims made are FAKE.