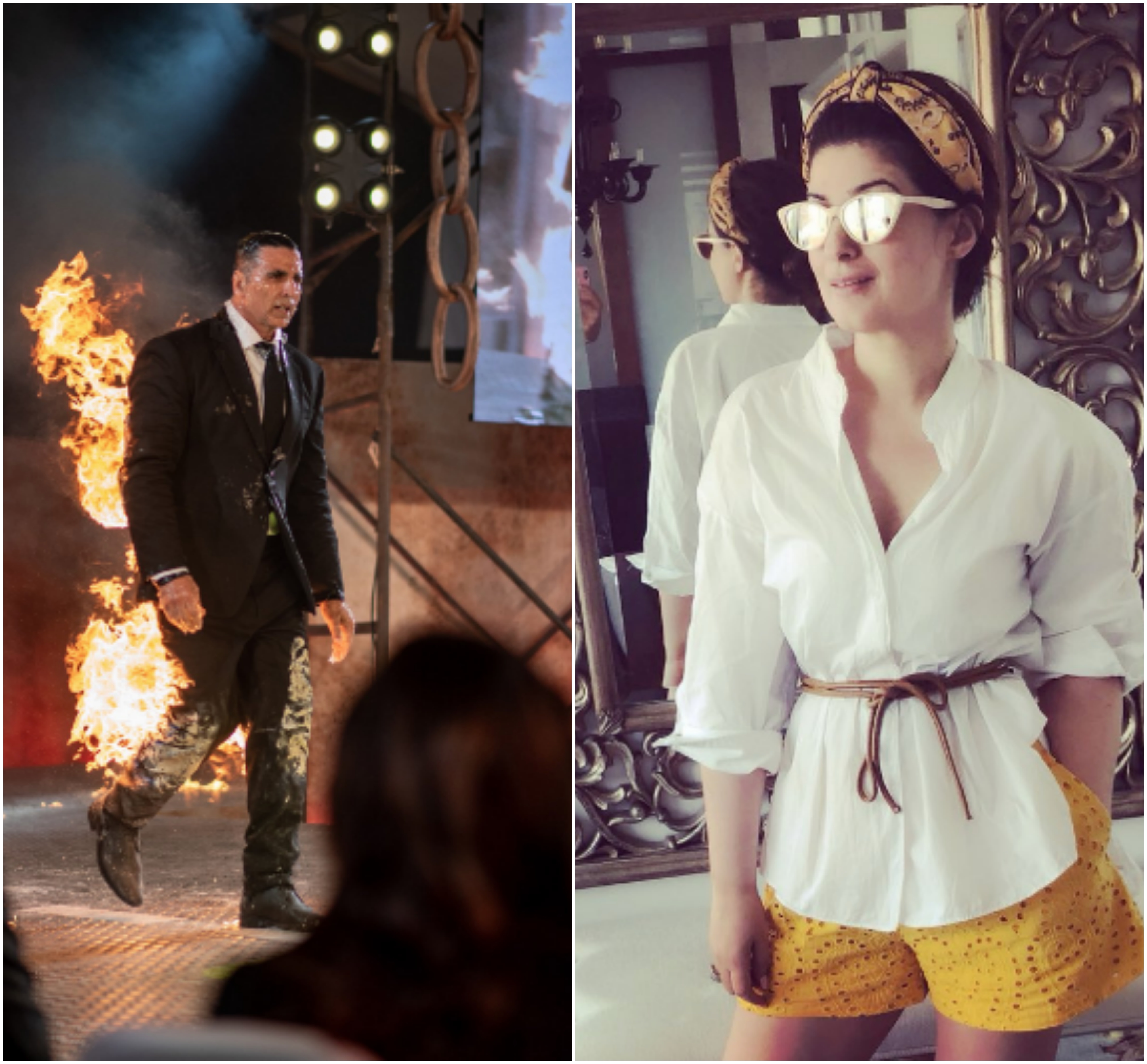 Akshay Kumar, who is about to make his debut in the digital space with the series, The End (working title), made quite an entrance during the announcement of the show. He not only set the stage on fire with his energy and bravado but also set himself on fire! Literally.

Akshay is set to plunge into the digital space after commanding the box office and getting audience applause on the big screen with the series. He walked the stage, setting himself on fire, doing a one of a kind stunt.

His wife and the super witty Twinkle Khanna took to Twitter to express her reaction on just finding out by social media that Akshay had done this risky stunt. In a hilarious post, she also mentioned that she would kill him when he comes home if he were to survive this.

Crap! This is how I find out that you decided to set yourself on fire ! Come home and I am going to kill you-in case you do survive this! #GodHelpMe https://t.co/K7a7IbdvRN

The actor, who calls himself a ‘stuntman’ first is known for his stunts and dedication in the industry along with making films that delve in the patriotic action genres as well as highlight social issues.

This series Akshay’s foray into the web space is touted to be an action based thriller show, glimpses of which were seen at the launch itself.

On the work front, Akshay will be seen playing the lead role in his upcoming film ‘Kesari’. Based on the battle of Saragarhi, the historical drama will showcase a story of 21 men in a Sikh regiment that fought off 10,000 Afghani tribesmen. The film will release on March 21.