Home Global Traveler ‘Battle of the Oranges’: Italians pelt each other with fruit during the... 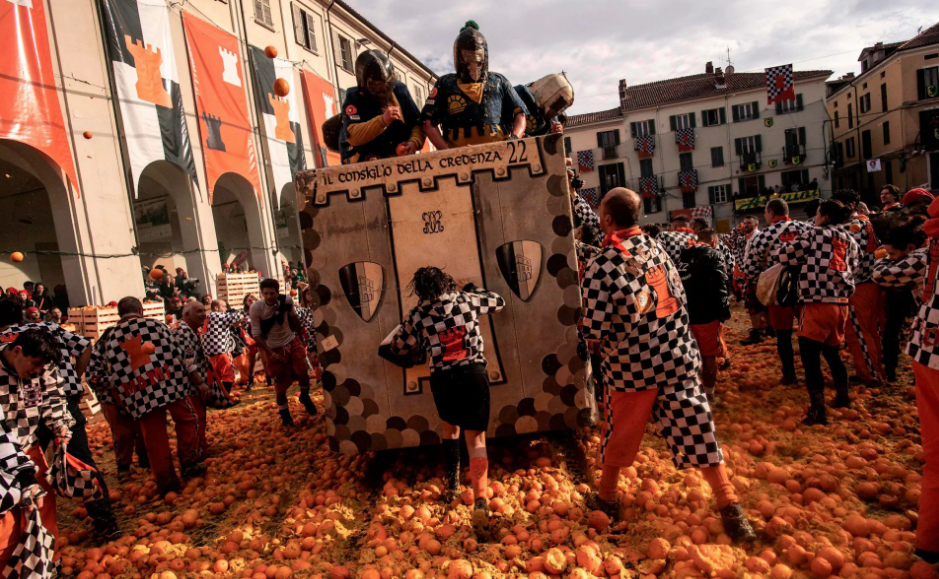 Another food festival, the annual ‘Battle of the Oranges’ is ongoing in Italy which involves people pelting fruits on other teams during the festival. Over a hundred people in the town of Ivrea, in northern Italy, participate in the festival.

The origin of the festival dates back to ancient times and it was supposedly commemorated in the 12th century. There are many versions of the story as to why this festival is celebrated in Italy. The festival is all about throwing fresh juicy fruits and oranges playfully at one another, similar to the ‘Tomatina’ festival. 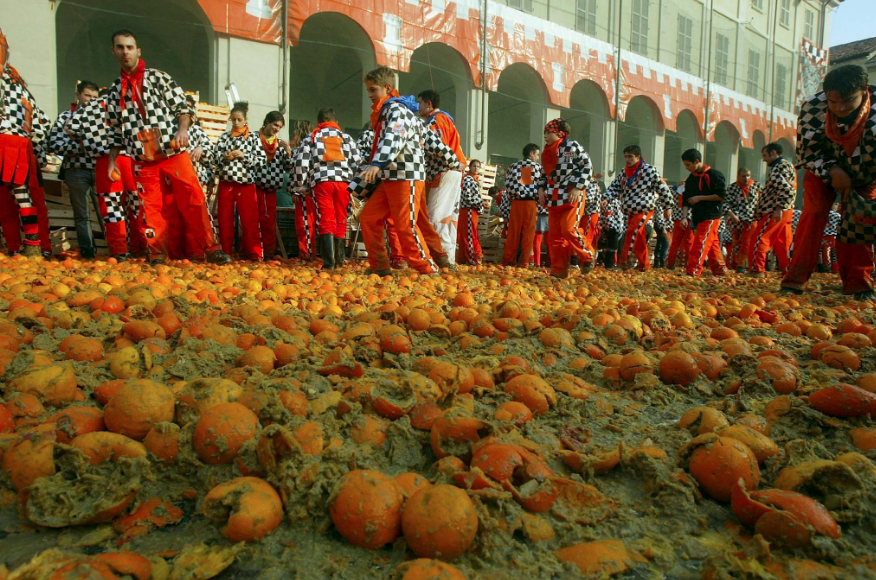 One of the legends suggests that in the Middle-Ages, beans were thrown by the participants in the street fight. The beans were replaced with oranges later in the 19 century. The custom of oranges’ throwing began by the city girls, who threw flowers, confetti and oddly enough also oranges on the convey coaches that participated in the festive parades. Their goal was to attract the attention of the boys, but they shoot back and threw the oranges at the girls, so a strange unique fight was developed.

Another legend suggests that the town’s evil lord, back in the day, attempted to rape a miller’s daughter named Violetta while she was about to get married.

ALSO READ: Gorgeous marathons to run this March across India

In response and fury, she cut off his head and presented it to the town people in the victory while they all set the castle to fire celebrating their freedom.

Thousands gathered Sunday in the Italian town of Ivrea for the traditional Battle of Oranges, the highlight of the town’s annual carnival. pic.twitter.com/SGaqauF2m2

The fight is held all over the city and in case one doesn’t want to participate but just want to watch, can stand in the corner on every square safely..

The people participating in the festival are to wear the traditional colours of their team while they defend their designated turfs. 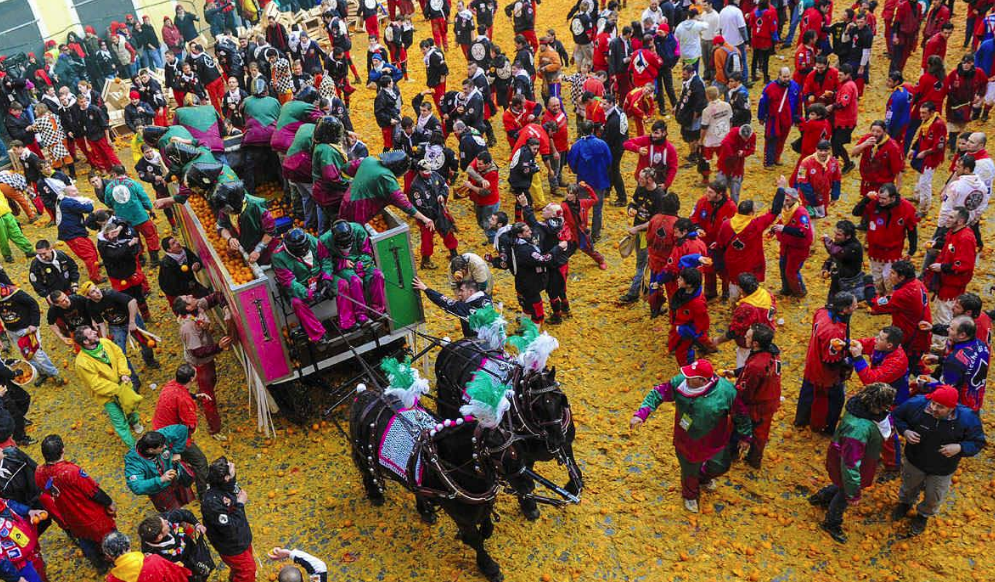 The judges are tasked with announcing the best team at the end of the festival followed by a procession. More than a million oranges from southern Italy and Sicily are used in the festival that would have otherwise been thrown away.