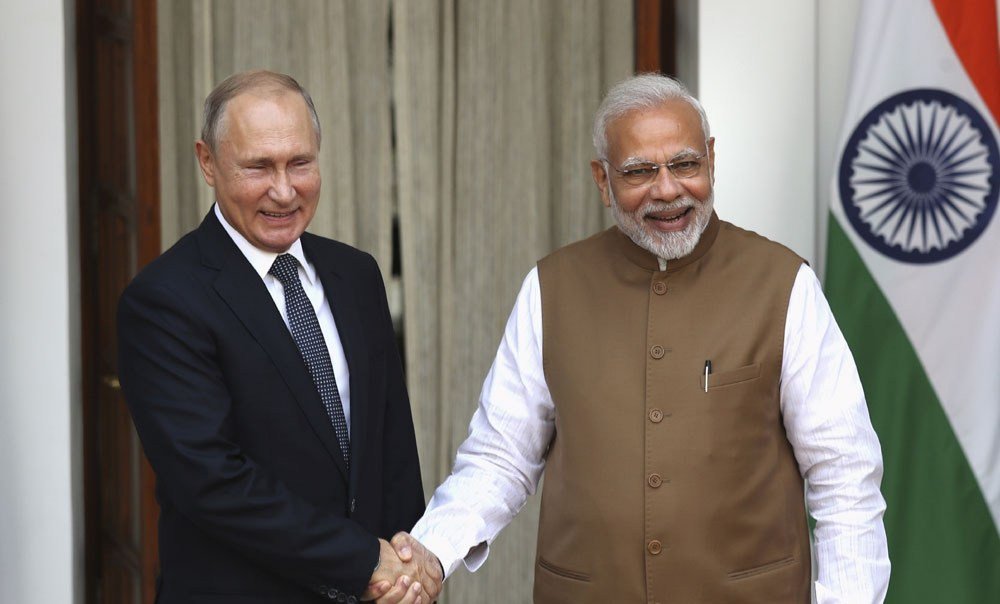 Russian President Vladimir Putin welcomed the launch of the India-Russia joint venture for Kalashnikov assault rifle production in India on Sunday, outlining that the plant itself will become “another symbol of friendship and constructive cooperation between our two countries.”

“The new joint venture will manufacture world-famous Kalashnikov assault rifles of the newest 200 series and eventually will reach full localization of production. Thus, the Indian defence-industrial sector will have the opportunity to fulfill the needs of national security agencies in this category of small arms, resting upon advanced Russian technologies,” Putin stated.

He highlighted that the agreement regarding the project was reached during the premier’s visit to India in October last year.

“The respective intergovernmental agreement was prepared and signed in the shortest possible time. In this regard, I would like to express gratitude to Russian and Indian specialists, to all those who so promptly made this project happen,” he noted.

“I am convinced that commissioning of the new enterprise will contribute to stronger defence potential of India, to further advance of the scientific and industrial basis of the national economy, will be instrumental in terms of creating new jobs for a qualified workforce, and will provide an impetus to professional education and personnel training,” he said, adding, “The plant itself will become another symbol of friendship and constructive cooperation between our two countries.”

Lastly, Putin highlighted that military cooperation has traditionally been a key area of “special” strategic partnership between New Delhi and Moscow.

“Military and technical cooperation has traditionally been one of the key areas of special and privileged strategic partnership between Russia and India,” the Russian President stated.

He added that around 170 military and industrial facilities have been set up in India “with assistance from our country”.

“For more than seven decades, we have been supplying reliable and high-quality armaments and equipment to Indian friends. Around 170 military and industrial facilities have been set up in India with assistance from our country,” Putin mentioned.

“Prime Minister Narendra Modi made all efforts for this deal. He talked to US President Vladimir Putin about it. We are going to make the world-famous AK-47 assault rifle here,” Defence Minister Nirmala Sitharaman said while addressing a rally in Amethi on Sunday.

Prime Minister Modi, Union Minister Smriti Irani, UP Chief Minister Yogi Adityanath, and Sitharaman were amongst those present in the inauguration ceremony of the plant, which would manufacture the latest in line of AK assault rifles.