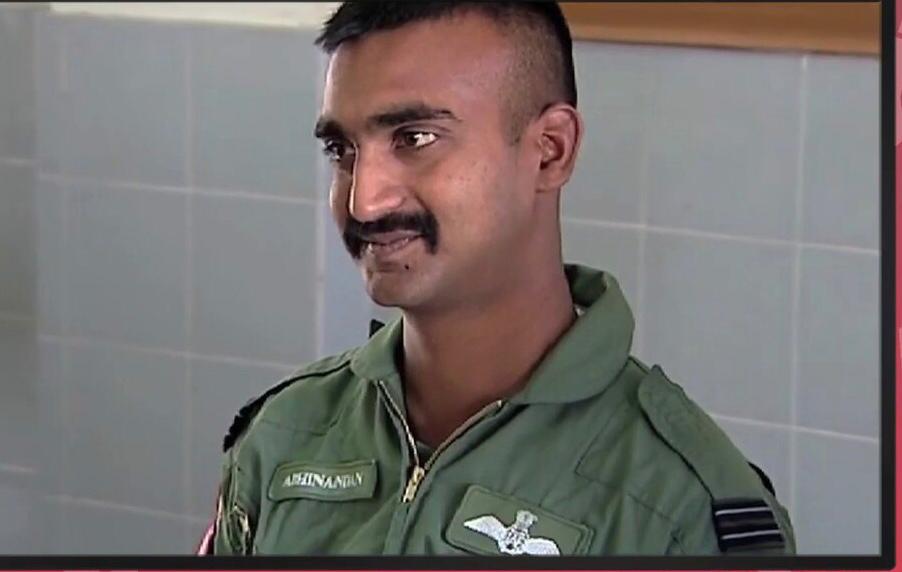 Indian Air Force pilot Wing Commander Abhinandan Varthaman returned home from Pakistan on Friday, two days after he was taken into custody by Pakistan Army when his MiG 21 fell in PoK.

When news, videos and images of the Indian MiG pilot Wing Commander Abhinandan started appearing online, one Twitter user realised that the IAF pilot appeared back in 2009 as part of the series Jai Hind with Rocky and Mayur when he was a young flight lieutenant in his twenties.

Almost eight years ago, Abhinandan was featured along with two other officers of the 24 Squadron (Hawks) as they spoke about the challenges of being a fighter pilot. The show was filmed at the IAF’s Bareilly airbase that has Su-30MKI aircraft.

Abhinandan, then a 26-year-old Flying Officer, said in the video,’ What really lets us do it (fly planes) is the training that we have gone through. We are fighter pilots. I trust Dusty (his co-pilot) with my life, and he trusts mine. That’s our training. And this is blind faith. No two ways about it.’

Abhinandan has a quiet strength, a dignity that well represented his unit and his force. When he spoke, it was measured and soft but with a certainty and clarity that was unmissable. In the video, he came across as a serious young man fully aware of the enormous responsibility on his shoulders, as a man who understood and appreciated the dignity and sobriety that was expected of him which could be seen even when the Wing Commander was in captivity.

It filled every Indian with affection that even as blindfolded and bleeding with his hands tied behind his back, the braveheart maintained complete composure and held himself upright.

The 35-year-old Air Force pilot was shot down on Wednesday while flying a MiG-21 fighter in a dogfight with Pakistani aircraft and captured. His first words when he walked across from the Pakistani side through the Attari-Wagah border were, “It is good to be back in my country”, an official told reporters last night.