New Delhi: Indian Wing Commander Abhinandan Varthaman returned home from Pakistan on Friday, two days after he was taken into custody by Pakistan Army when MiG 21 fell in PoK.

Wearing blue blazer and grey khaki trouser, he crossed over into India from the Attari-Wagah border at 9:20 PM. He was handed over by the Pakistan Rangers to the BSF following paperwork.

Abhinandan was accompanied by an officer of the Pakistan Foreign Office and Indian Defence Attache Group Captain Joy Thomas Kurien. 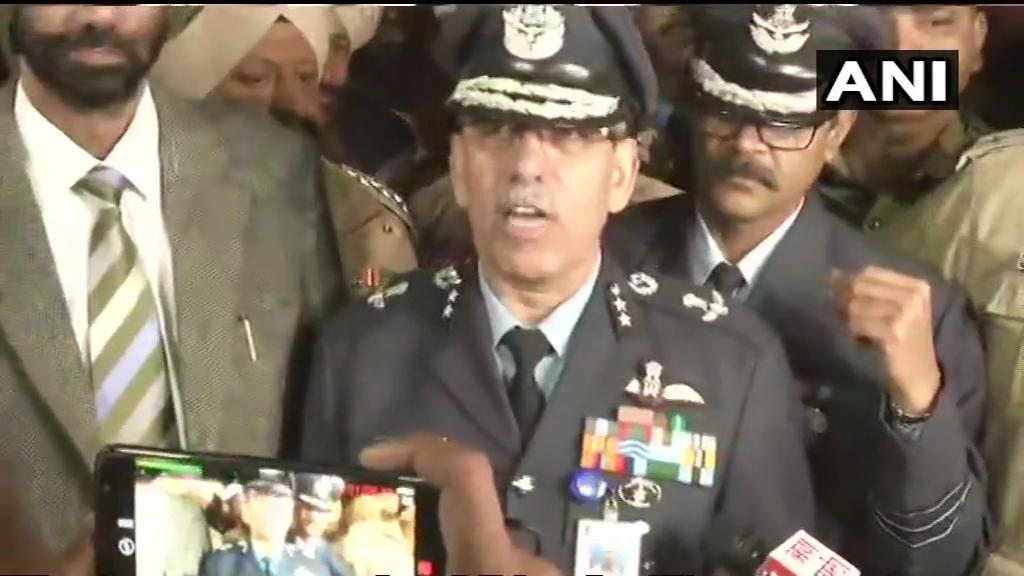 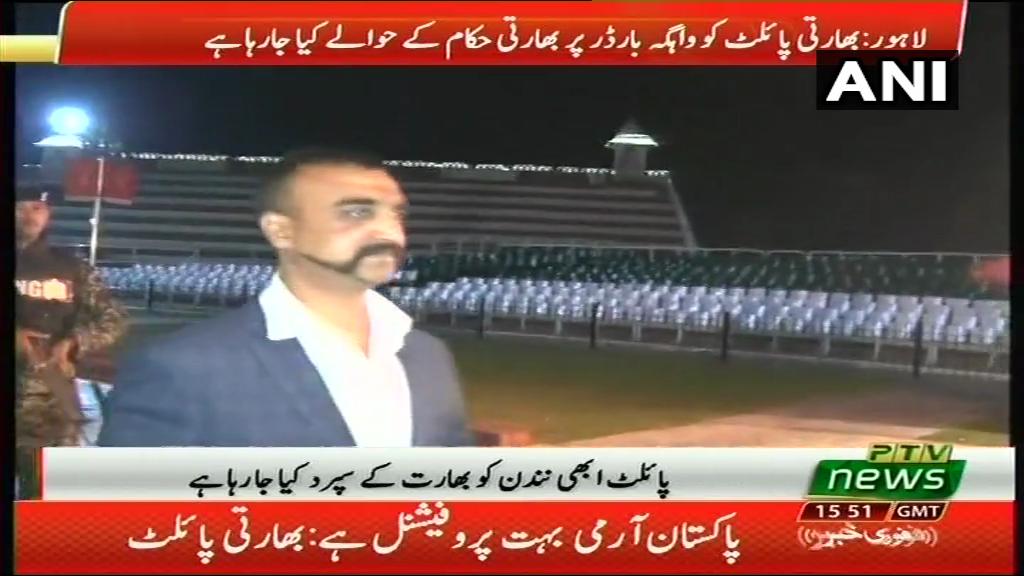 Announcing the release, Air Vice Marshall RGK Kapoor said that as per standard operating procedures, Wing Commander Abhinandan will be taken for a detailed medical checkup as he had to eject after his plane was shot and his body would have suffered “deep stress”.

“Wing Commander Abhinandan Varthaman has been handed over to us. He will now be taken for a detailed medical checkup because he had to eject from an aircraft. IAF is happy to have him back”, he told media.

Thousands of people waited for hours at the Attari-Wagah border to greet the IAF officer. Waving the tricolour, they kept chanting slogans praising his bravado.

He will be released two days after he was captured across the Line of Control after shooting down a Pakistan Air Force F-16 jet.

Pakistan Prime Minister Imran Khan on Thursday announced that Wing Commander Abhinandan Varthaman will be freed on Friday after New Delhi sought his unconditional, immediate and unharmed release signalling a de-escalation in the spiralling tension with New Delhi.

Meanwhile, Pakistan Minister Sheikh Rasheed Ahmed has opposed the release of Varthaman, expressing apprehension that India could launch an offensive after he is sent back.

In a speech in Pakistan Parliament, Ahmed, who is the chief of Awami Muslim League, admitted that terror outfit Jaish-e-Mohammed has a camp in Jabba in Khyber-Pakhtunkhwa region of Pakistan.

“During (former Prime Minister) Vajpayee’s time this was not the situation. (Prime Minister Narendra) Modi has a different thinking. People say Modi planned this attack keeping in view the Lok Sabha elections. What if India attacks us again after we hand over to them the IAF pilot. I want to tell you, Modi is sitting there. What if he attacks tomorrow. Every Muslim residing in India is looking towards Pakistan,” he said.

The 35-year-old Wing Commander Abhinandan Varthaman was flying the MiG-21 Bison that shot down the PAF F-16 in the aerial engagement with Pakistan on Wednesday morning.

“The engrossing aircraft were at various levels. IAF fighters including Mig-21 Bison, Sukhoi 30 MKI and Mirage 2000 were tasked to intercept the intruding Pakistan aircraft. The Pakistan intruding aircraft attempting to target our military instalments were intercepted by the IAF aircraft which foiled their attack.”

“They were unable to cause any damage to our military instalment. In aerial combat, one F-16 was shot down by Mig- 21 Bison aircraft. The IAF lost one Mig 21 in aerial engagement, though the pilot ejected safely, his parachute drifted towards Pakistan territory and was captured,” he added.

Kapoor further refuted many factually incorrect statements made by Pakistan.

“It was only by late evening that Pakistan accepted the fact that there was only one pilot in their custody. Pakistan claimed that they intentionally dropped weapons in open space where there was no human presence or military post. The fact is Pakistan aircraft targeted military installment however they were intercepted which thwarted their plans. Although PAF bombs have fallen in Indian army formations compound, they were unable to cause any significant damage to our military installation due to our swift response.”

Pakistan has not admitted to either having crossed the LoC on Wednesday or using F-16 jets in the aerial dogfight. Pakistan Prime Minister Imran Khan, in his statements, has maintained that PAF jets remained on the Pakistani side of the LoC. He did not refer to the use of F-16 jets.

The IAF targeted the Jaish-e-Mohammed terror camp in a pre-dawn operation on Tuesday. India said the operation was carried out on the basis of “credible” intelligence inputs that Jaish-e-Mohammed was planning to carry out more terror attacks in India.